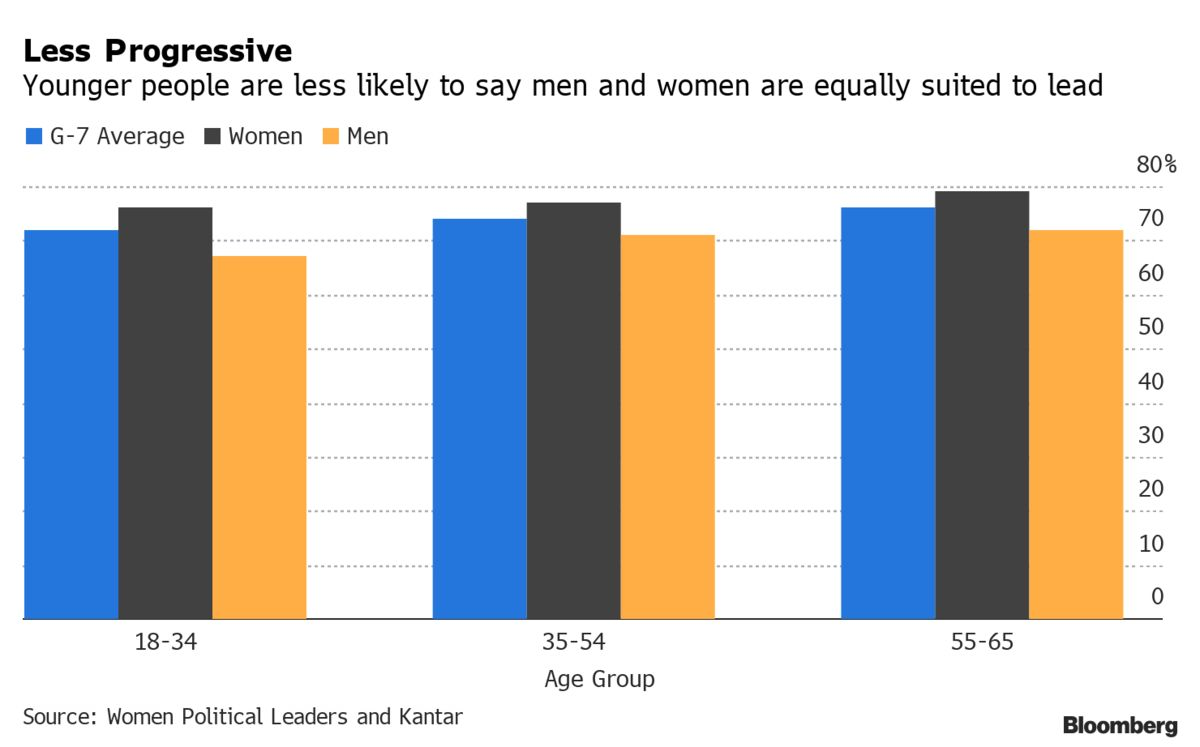 The left’s push for “ending the patriarchy” and “gender equality” may hit some serious resistance in the form of the very same younger generation that comprised most of the “peaceful” activists we’ve seen in 2020 looting, rioting and burning down cities across the U.S.

Ironically, it turns out that younger people “are the least likely age group to believe that women are as capable at leadership as men,” according to a 14,000 person study highlighted by Bloomberg on Friday.

Only 72% of survey participants aged 18 to 34 in G-7 nations said that both sexes were equally suited for leadership positions. That marks the lowest response of all age groups and a marked difference from the 76% who responded the same in the 55 to 65 year old age group.

The authors of the survey, called the Reykjavik Index for Leadership, said there was a “striking absence of progress” over the last 3 years that it has been conducted.

Like everything else this year, they blamed it not on the fact that their findings could be close to the objective truth, but rather on Covid, because they pandemic “has seen women spend even more time than previously in unpaid labor at home”.

The report said: “Historically, in times of crisis, stereotypes can be seen to endure, and 2020 is no different. We are not seeing leaps forward in the attitudes of our societies.”