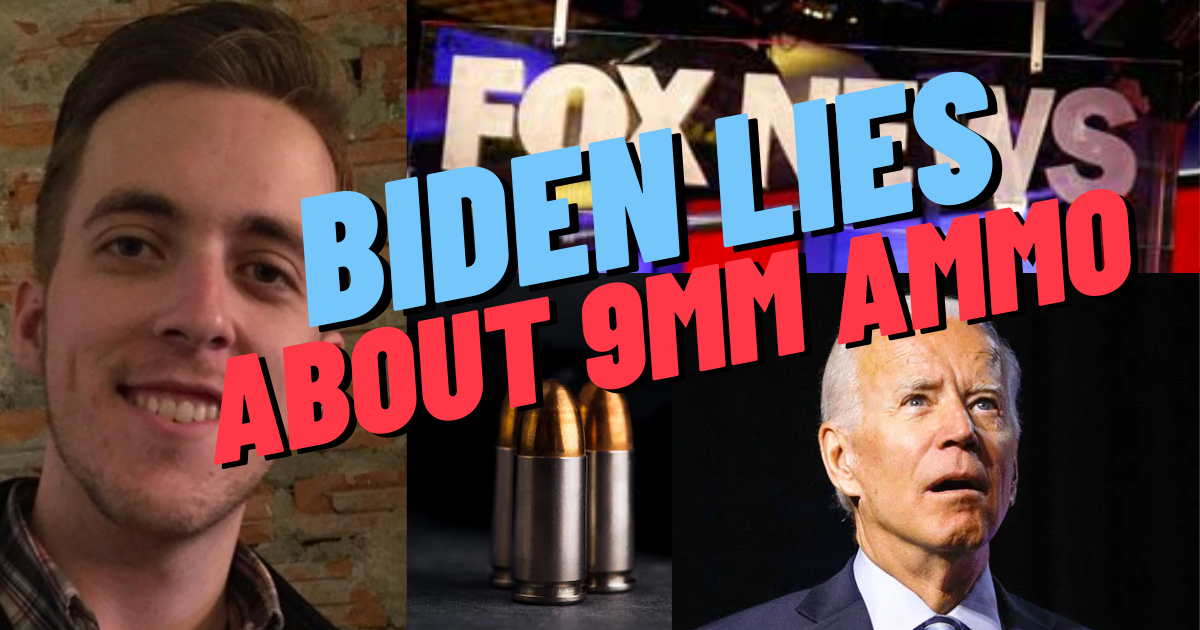 Joe Biden’s response to the tragic school shooting in Uvalde, Texas has been to propose various forms of gun control.

Part of that response has illuminated the shallowness of left-wing elite understanding of what guns are, as politicians like Biden trip over their words to try and regulate something they don’t know or understand.

Here, Fox News is reporting that Biden classified 9mm handguns as ‘high caliber’ weapons, and he did say that, and it is substantially wrong, among other erroneous Biden statements.

The first question is whether Biden accurately said this statement:

“They said a .22-caliber bullet will lodge in the lung, and we can probably get it out — may be able to get it and save the life. A 9mm bullet blows the lung out of the body,” Biden said.

“So, the idea of these high-caliber weapons is, uh, there’s simply no rational basis for it in terms of self-protection, hunting,” Biden added. “Remember, the Constitution was never absolute.”

“You couldn’t buy a cannon when the Second Amendment was passed,” Biden said. “You couldn’t go out and purchase a lot of weaponry.”

It’s a common reporter trick to string together disconnected statements, in an act of so-called ‘selective editing’ to get a subject to say something they did not intend.

So we looked for Biden’s actual verbatim transcript or video from this utterance and compared it to what Fox News was reporting.

“There’s simply no rational basis for it in terms of self-protection.” pic.twitter.com/lPITAN5kEU

Biden’s statement here contains so many obvious untruths, so many lies, it’s tough to capture them all:

Some are trying to defend this paragraph of errors by saying that Biden meant ‘high capacity’ and not ‘high caliber’ [2] but that ignores all the other mistakes he’s making in this statement.

Seconds later after this clip ends, Biden also said that nobody needed to own cannons either which is why the 2nd amendment didn’t allow for cannon-ownership, which has been debunked even by friendly Biden-obsequious outlets like the Washington Post. [3]

The Biden mental mistake here seems to consistently be that he wrongly thinks the early American Republic did not federally allow guns of any type or private cannon ownership. And while there are arguments to be made by left-wing academics that Indians were treated differently in terms of gun ownership, by and large that Biden claim is completely false.

But this statement wraps up all of these errors in a relatively short paragraph.

Let’s take these in the order written above, 1-7.

First, a 22 caliber bullet does not always ‘lodge in the lungs’ of a victim. The actual ‘power’ of a bullet upon impact depends on many things:

Generally understood, in shooting sports this is known as the ‘power factor’.  [4]

Biden’s hypothetical is hard to parse accurately because he’s not clarifying what range the shooter is at or defining the other characteristics. Different firearms and calibers operate differently at different distances.

Because a 22 round is smaller, it actually has a higher velocity than larger bullets. Meaning that, in terms of actual energy delivered to the shooting victim, if the 22 round hits, and can deliver tissue damage, more extensive than larger caliber bullets. [5]

Second, a 9mm handgun bullet does not ‘blow the lungs out of the body’ as Biden claimed. Breitbart did a good takedown of this clearly false claim by Biden. [6]

Third, few people consider a 9mm caliber bullet to be a ‘high caliber’ bullet. The caliber of a bullet is the width or internal diameter of the bullet, [7] measured in inches or millimeters.

There is some imperial to metric conversions that provide helpful context here.

The actual difference between a 22 and a 9mm is slight: a 22 converts to a 5.59mm, whereas a 9mm is obviously larger.

Here is a chart of all the common ammunition sizes converted into metric, so that they can be easily compared. [8]

As you can see, Biden’s definition of a 9mm being ‘high caliber’ would render almost all handgun ammunition other than 22’s as effectively ‘high caliber.’

Biden’s statement then is doubly nonsensical, since it would render all ammunition as worthy of banning as ‘high caliber.’ If a politician uses a definition to refer to something as extreme or unique, that is in fact the most common type, then it’s a type of wordplay and sophistry that educated reporters ought to point out to their readers.

I’m not going to ding Fox News for this violation, but this is a form of missing context in their story covering Biden’s lies: they ought to show how foolish his statements are.

Fourth, ‘high caliber’ bullets are needed for self-protection. They generate what some call ‘stopping power’ in the target. [9] There is considerable debate on this topic, but it is the rationale for some to purchase larger weapons: they want the blunt force of the bullet to knock down a violent intruder. [10]

Fifth, there’s very little serious debate anymore that the text and intent of the second amendment was to give a fundamental individual right to American citizens to own guns. The text even includes exclusive and absolute commands, “shall not be infringed” so as to make the meaning very plain: the government, especially the federal government, is not to chip away at gun rights even in seemingly small ways.

It’s frankly ridiculous that political leftists like Biden will invent abortion rights within the ‘penumbras’ of the Constitution but are grammarian historians of the early Republic when it comes to the second amendment. In one breath they will say that the Constitution is a ‘living document’ meant to change with the times and then the next moment they will hypocritically say a ‘militia’ must be what was understood in 1780’s Virginia. This odd dichotomy to avoid the plain text of the second amendment.

To be fair there are certainly right-wing hypocrisies when it comes to constitutional interpretation, but none are as egregious as the politically left-wing ones when it comes to the high profile constitutional issues. Ignoring this, as most generally center-right outlets do to avoid arguments about their objectivity, is a form of missing context and permitting the politicians to engage in doublespeak.

Sixth, high calibers are needed for hunting, [11] but this is some serious Biden doublespeak again because very few people are victims of rifle violence in America. Almost all so-called ‘gun violence’, which too often over-includes data such as suicides, is committed by handguns. Handgun violence is the most common form of injuries from guns [12] in America, even though most (69%) gun owners also own a rifle. [13]

Hunting certain types of animals other than prairie dogs certainly requires some form of what would be considered ‘high caliber’ ammunition. [14] 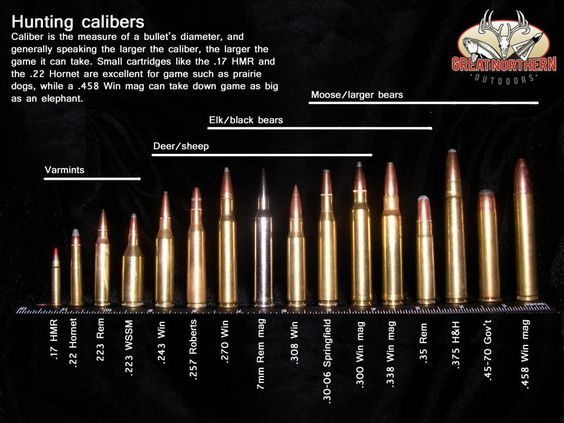 Seventh, the rational basis for what Biden refers to as ‘high caliber’ ammunition is because of the before-mentioned ‘stopping power’ of a bullet. [15]

The belief is that a high-velocity, small mass bullet such as a 22 might do significant damage to an attacker, but that it lacks the necessary mass to ‘put someone down’ who is highly motivated to hurt the victim.

Though there is a lot of dispute whether this is a real thing, or whether one caliber is better than another, [16] there is a perception that the stopping power is necessary for personal defense. A rational belief can still be factually incorrect. There is a rational basis for using larger calibers for self-protection, contrary to what Biden has said.

Among Biden’s many documented medical problems, it’s clear he unfortunately suffers from Hoplophobia, [17] common among left-wing elites and notorious degenerates: