Will Trump Release The Files Exposing The Cunning Plot To Kill Kennedy? 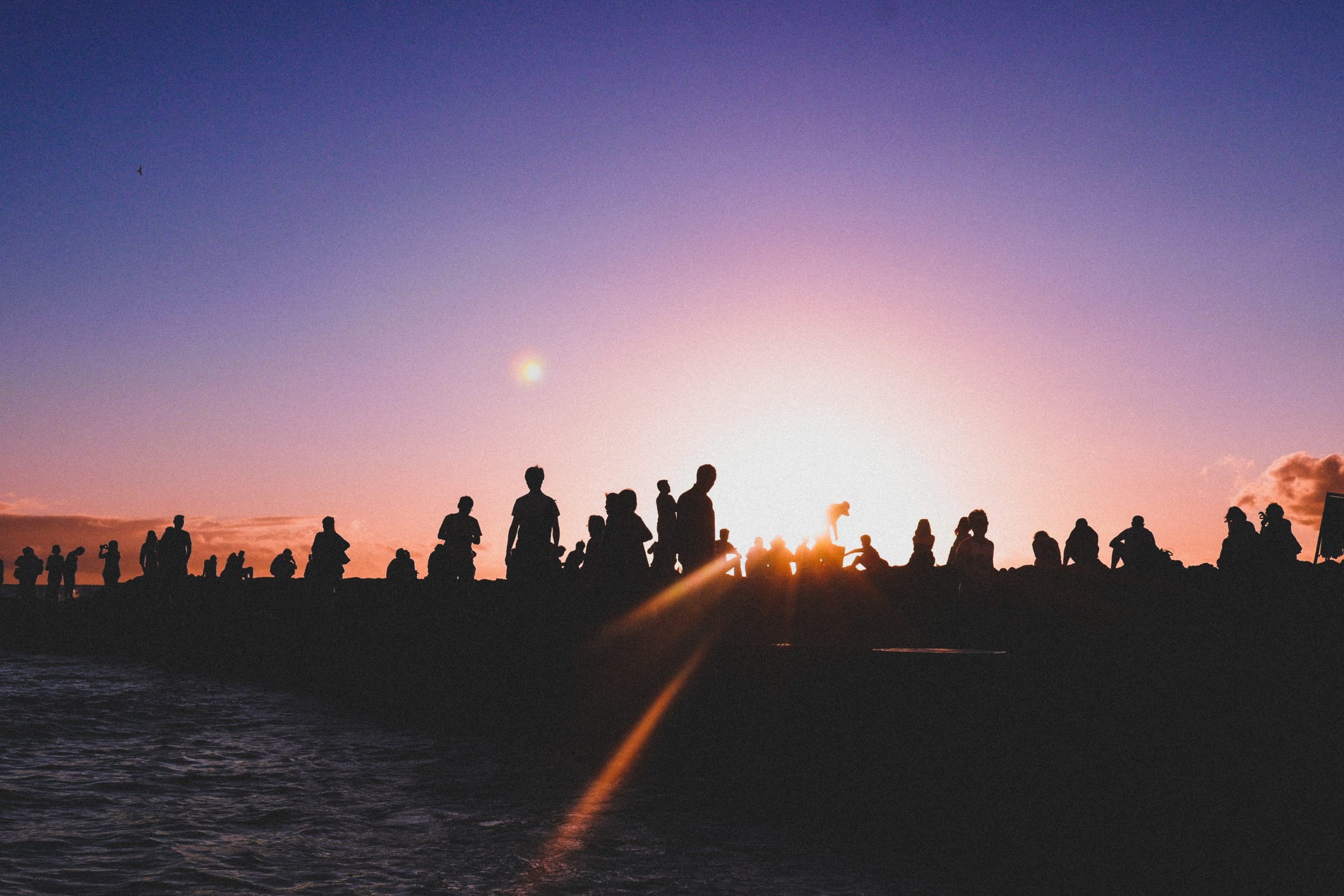 Authored by Jacob Hornberger via The Future of Freedom Foundation,

With President Trump’s critics decrying his lack of respect for America’s democratic system by his refusal to concede to Joe Biden, now would be a good time to remind such critics of one dark-side aspect of America’s much-vaunted democratic system – the national-security’s state’s violent regime-change operation in Dallas on November 22, 1963.

From the beginning, the official story has been that a lone-nut communist ex-U.S. Marine, with no apparent motive, assassinated the president. Nothing to see here, folks, time to move on – U.S, officials said. Just a plain old ordinary murder case.

If anyone murders a federal official, you can be assured of one thing: the feds will do everything they can to ensure that everyone involved in the crime is brought to justice. It’s like when someone kills a cop. The entire police force mobilizes to capture, arrest, and prosecute everyone involved in killing the cop. The phenomenon is even more pronounced at the federal level, especially given the overwhelming power of the federal government

Yet, the exact opposite occurred in the Kennedy assassination. The entire effort immediately became to pin the crime solely on a communist ex-U.S. Marine named Lee Harvey Oswald and to shut down any aggressive investigation into whether others were involved in the crime.

What’s up with that? That’s not the way we would expect federal officials to handle the assassination of any federal official, especially the president of the United States. We would expect them to do everything — even torture a suspect — in order to capture and arrest everyone who may have participated in the crime.

For example, just three days after the assassination and after Oswald himself had been murdered, Deputy Attorney General Nicholas Katzenbach sent out a memo stating,

“The public must be satisfied that Oswald was the assassin; that he did not have confederates who are still at large; and that evidence was such that he would have been convicted at trial.”

How in the world could he be so certain that Oswald was the assassin and that he had no confederates? Why would he want to shut down the investigation so soon? Does that sound like a normal federal official who is confronted with the assassination of a president?

The assassination itself had all the earmarks of a classic military ambush, one in which shooters were firing from both the front and back of the president. It is a virtual certainty that responsibility for the ambush lay with the Joint Chiefs of Staff, who had been waging a vicious war against Kennedy practically since the time he assumed office. (See FFF’s book JFK’s War with the National Security Establishment: Why Kennedy Was Assassinated by Douglas Horne, who served on the staff of the Assassination Records Review Board in the 1990s.)

While the JCS were experts at preparing military-style ambushes, they lacked the intellectual capability of devising the overall plot and cover-up, given its high level of cunning and sophistication. That responsibility undoubtedly lay with the CIA, whose top officials were brilliant graduates of Ivy League Schools. Moreover, practically from its inception the CIA was specializing in the art of state-sponsored assassinations and in how to conceal the CIA’s role in them.

To ensure that the role of the Pentagon and the CIA in the Kennedy assassination would be kept secret, they had to figure out a way to shut down the investigation from the start. Their plan worked brilliantly. While the normal thing would have been all out investigations into the murder, in this particular murder the state of Texas and U.S. officials did the exact opposite. They settled for simply pinning the crime on Oswald, the purported lone nut communist ex-U.S. Marine.

Here is how they pulled it off.

As the years have passed, it has become increasingly clear that Oswald was a government operative, most likely for military intelligence or maybe the CIA and the FBI as well. His job was to portray himself as a communist, which would enable him to infiltrate not only domestic communist and socialist organizations but also communist countries, such as Cuba and the Soviet Union.

After all, how many communist Marines have you ever heard of? The Marines would be a good place to recruit people for intelligence roles. Oswald learned fluent Russian while in the military. How does an enlisted man do that, without the assistance of the military’s language schools? When he returned from the Soviet Union after supposedly trying to defect and after promising that he was going to give up secret information he had acquired in the military, no federal grand jury or congressional investigation was launched into his conduct, even though this was the height of the Cold War.

Thus, Oswald would make the perfect patsy. He could be stationed wherever his superiors instructed. And he would have all the earmarks of a communist, which would immediately prejudice Americans at the height of the Cold War.

But simply framing Oswald wouldn’t have been enough to shut down the investigation. An aggressive investigation would undoubtedly be able to pierce through the pat nature of the frame-up. They needed something more.

That’s where the sheer brilliance of this particular regime-change operation came into play. The plan was much more cunning than even the successful regime-change operations and assassinations that took place prior to the one against Kennedy — i.e., Iran in 1953, Guatemala in 1954, Cuba from 1959-1963, and the Congo in 1961.

There is now virtually no doubt that Kennedy was hit by two shots fired from the front. Immediately after Kennedy was declared dead, the treating physicians at Parkland Hospital described the neck wound as a wound of entry. They also said that Kennedy had a massive, orange-sized wound in the back of his head. Nurses at Parkland said the same things. Two FBI agents said they saw the big exit-sized wound. Secret Service agent Clint Hill saw it. Navy photography expert Saundra Spencer told the ARRB in the 1990s that she developed the JFK autopsy photos on a top-secret basis on the weekend of the assassination and that they depicted a big exit-sized wound in the back of JFK’s head. A bone fragment from the back of the president’s head was found in Dealey Plaza after the assassination. That is just part of the overwhelming evidence that establishes beyond a reasonable doubt that the shot that hit Kennedy in the head came from the front.

That’s what Oswald’s supposed visits to the Cuban and Soviet embassies in Mexico just before the assassination were all about —making it look like Oswald was acting in concert with the Soviet and Cuban communists to kill Kennedy.

If the assassination was part of the Soviet Union’s supposed quest to conquer the world, retaliation would mean World War III, which almost surely would have meant nuclear war, which was the biggest fear among the American people in 1963.

But why not retaliate in some way? Would U.S. officials at the height of the Cold War hesitate to retaliate for the communist killing of a U.S. president, simply because they were scared of nuclear war? Not a chance! In fact, throughout Kennedy’s term in office the Pentagon and the CIA were champing at the bit to attack Cuba and go to war with the Soviet Union.

Thus, Lyndon Johnson, the CIA, and the JCS had the perfect excuse to shut down the investigation and pin the crime only on Oswald: If they instead retaliated, it would be all-out nuclear war based on an assassination game that the U.S. had started.

In fact, when Dallas District Attorney Henry Wade alleged from the start that Oswald was part of a communist conspiracy, Johnson told him to shut it down for fear that Wade might inadvertently start World War III.

Moreover, when U.S. Supreme Court Justice Earl Warren initially declined Johnson’s invitation to serve on what ultimately became the Warren Commission, Johnson appealed to his sense of patriotism by alluding to the importance of avoiding a nuclear war. Johnson used the same argument on Senator Richard Russell Jr.

From the start, the Warren Commission proceedings were shrouded in “national-security” state secrecy, including a top-secret meeting of the commissioners to discuss information they had received that Oswald was an intelligence agent. When Warren was asked if the American people would be able to see all the evidence, Warren responded yes, but not in your lifetime.

Does that make any sense? If the assassination was, in fact, committed by some lone nut, then what would “national security” and state secrecy have to do with it?

Thus, the plan entailed operating at two levels: One level involved what some call the World War III cover story. It entailed shutting down the investigation, as well as a fraudulent autopsy, to prevent nuclear war. The other level involved showing the American people that their president had been killed by only one person, a supposed lone nut communist former Marine.

Obviously, secrecy and obedience to orders were essential for the plan to succeed. That was why the autopsy was taken out of the hands of civilian officials and given to the military. With the military, people could be ordered to participate in the fraudulent autopsy and could be forced to keep everything they did and witnessed secret.

That’s why Navy photography expert Saundra Spencer kept her secret for some 30 years. She had been told that her development of the JFK autopsy photos was a classified operation. Military people follow orders and keep classified information secret. Imagine if Spencer had told her story suggesting a fraudulent autopsy in the week following the assassination.

Gradually, as the years have passed, the incriminating puzzle has come together. The big avalanche of secret information came out in the 1990s as part of the work done by the Assassination Records Review Board.

Of course, there are still missing pieces to the puzzle, many of which are undoubtedly among the records that the CIA and national-security establishment are still keeping secret. But enough circumstantial evidence has come to light to enable people to see the contours of one of the most cunning and successful assassination plots in history.

It’s time to release all of the official assassination records of the CIA, the FBI, the Pentagon, and all other federal agencies. The national-security rationale for continued secrecy is ludicrous and baseless. The only reason for continued secrecy is that the national-security establishment knows that the records will fill in more pieces to its November 22, 1963, regime-change operation.

In the 1990s, the JFK Records Collection Act gave federal agencies another 25 years to release their assassination-related records, based on the ridiculous claim of “national security.” That period of time expired early in Trump’s administration. After promising to release the files, Trump surrendered to the CIA’s demands for more secrecy, extending the time for secrecy until October 2021.

But we all know what’s going to happen in 2021. The CIA is going to tell President Biden that national security requires more years of secrecy and Biden is going to defer to the CIA.

Time’s up. Amidst all the hoopla over whether Trump is behaving disrespectfully of America’s democratic system, how about ordering the release of the estimated 15,000 records of the CIA and the federal agencies that are still being kept secret from the American people? After all, it’s pretty hard to reconcile regime-change and cover up with America’s much-vaunted democratic system, isn’t it?

President Trump — Do the right thing. Order the National Archives to release those long-secret assassination records to the American people now. Who cares if the CIA, the Pentagon, and other federal agencies get upset?