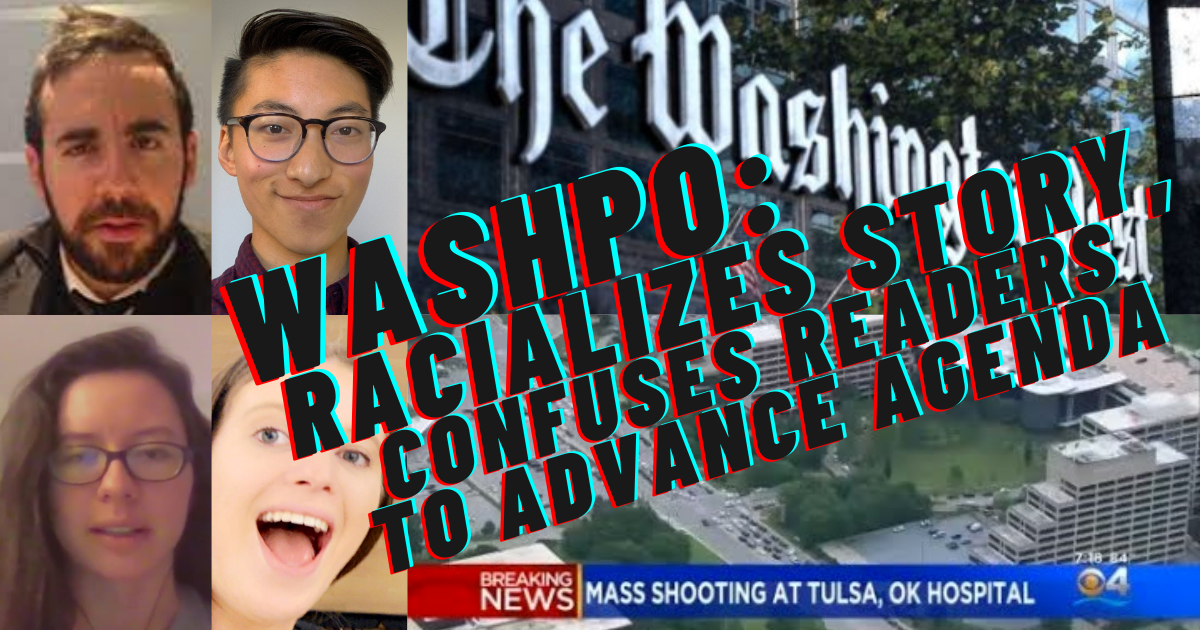 Four people were killed in a shooting at the Tulsa Medical Center in Tulsa, Oklahoma. [1] The shooting came after two recent shootings that made national news: one in Uvalde, Texas involving an elementary school, and another that was allegedly racially-motivated in Buffalo, New York.

The Tulsa shooting involved a medical patient upset with his orthopedic surgeon who came in and shot his doctor, another doctor, the receptionist, and a patient.

The Washington Post, clearly eager to shoehorn this tragedy into its agenda of racializing every topic possible as well as pushing a gun control agenda in lieu of reporting, didn’t miss the opportunity to do so in their story about the Tulsa shooting even though it’s clearly not relevant.

In the 30 paragraph story, the Post squeezed in this racialization of a non-racial topic in paragraphs 8 and 9.

Their motive was clearly to create false connections in the minds of their readers. Part of that false connection was using a particular left-wing trick we refer to as guilt by geography wherein the reporter imports guilt for past crimes that happened nearby. If you’re close to something, even something that happened a century before and wasn’t relevant by any other argument, according to the Post it’s clearly relevant to the current situation because it happened on the same dirt nearby.

Here are the offending paragraphs:

The shooting came as the nation is reeling from several recent mass shootings that have renewed calls for tightening gun-control laws. As the hospital attack unfolded, funerals were being held in Uvalde, Tex., after a gunman killed 19 students and two teachers at Robb Elementary School. And in New York, a White man accused of killing 10 people at a Buffalo grocery store on May 14 was indicted on 25 counts, including domestic terrorism and murder as a hate crime, authorities said. Payton Gendron, 18, burst into a Tops Friendly Markets store and shot 13 people — 11 of them Black, investigators said.

It’s relevant to note the race of the Buffalo shooter and the Buffalo victims because the shooter had allegedly racial motivations.

But why would the next paragraph mention a race riot from a century ago that happened in Tulsa? [2]

It has zero relevance.

And in addition, it frames the story as part of a continued series of stories where whites assault blacks. It centers the reader on the narrative frame that whites are the bad guys doing bad things, and the blacks are the victims.

By miscontextualizing the story and confusing readers by leaving the races of the shooter and victims out of the story, readers are left to imagine what’s going on with the dominant media narrative the best false mental guide anchored by the 1921 Tulsa Riot example: this must be a white guy that went in and shot up a black hospital!

But yet that’s not the case at all, as the shooter was black, and the intended victim was also black.

The shooter and the intended victim were the same race.

As well, the three other victims were white. [3] So if inter-racial violence inherently makes the race of the shooter and victims relevant, the Washington Post should be noting that there is a black shooter and a black primary victim, along with three white victims.

That would give the readers the necessary missing context. 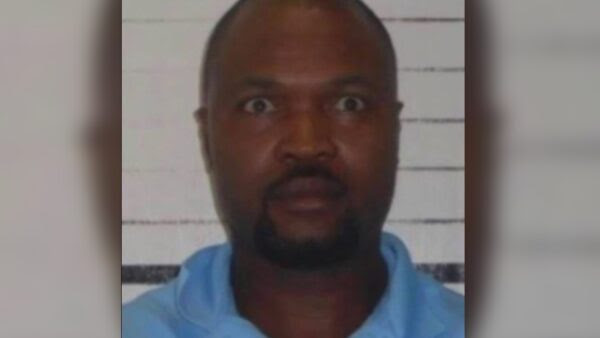 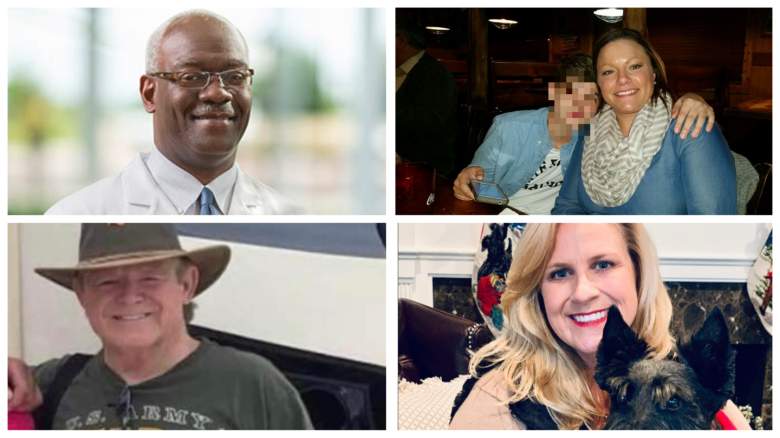 The Washington Post is not reporting the news, they’re advocating a series of competing ideological positions through advocacy masquerading as journalism.

Instead of informing readers, they are pushing various left-wing agendas that do not always correspond to reality.

And when reality gets in the way of their agenda, they deploy tricks like these in order to fool their readership into never questioning their left-wing agenda.