US Refugee Admissions At All-Time Low In 2020

In the 2020 fiscal year, only around 3,000 people were granted asylum in the United States – an all-time-low, according to numbers by the U.S. Department of State.

As Statista’s Katharina Buchholz notes, the number is lower than in the years 2002 and 2003, shortly after the passing of the Patriot Act, when the U.S. still received 27,000 and 28,000 refugees, respectively.

The maximum number of refugees the U.S. is accepting has been further slashed to 18,000 for FY 2020, which is the lowest cap on record with the Department of State. In FY 2019, the then cap of 30,000 asylum seekers were admitted 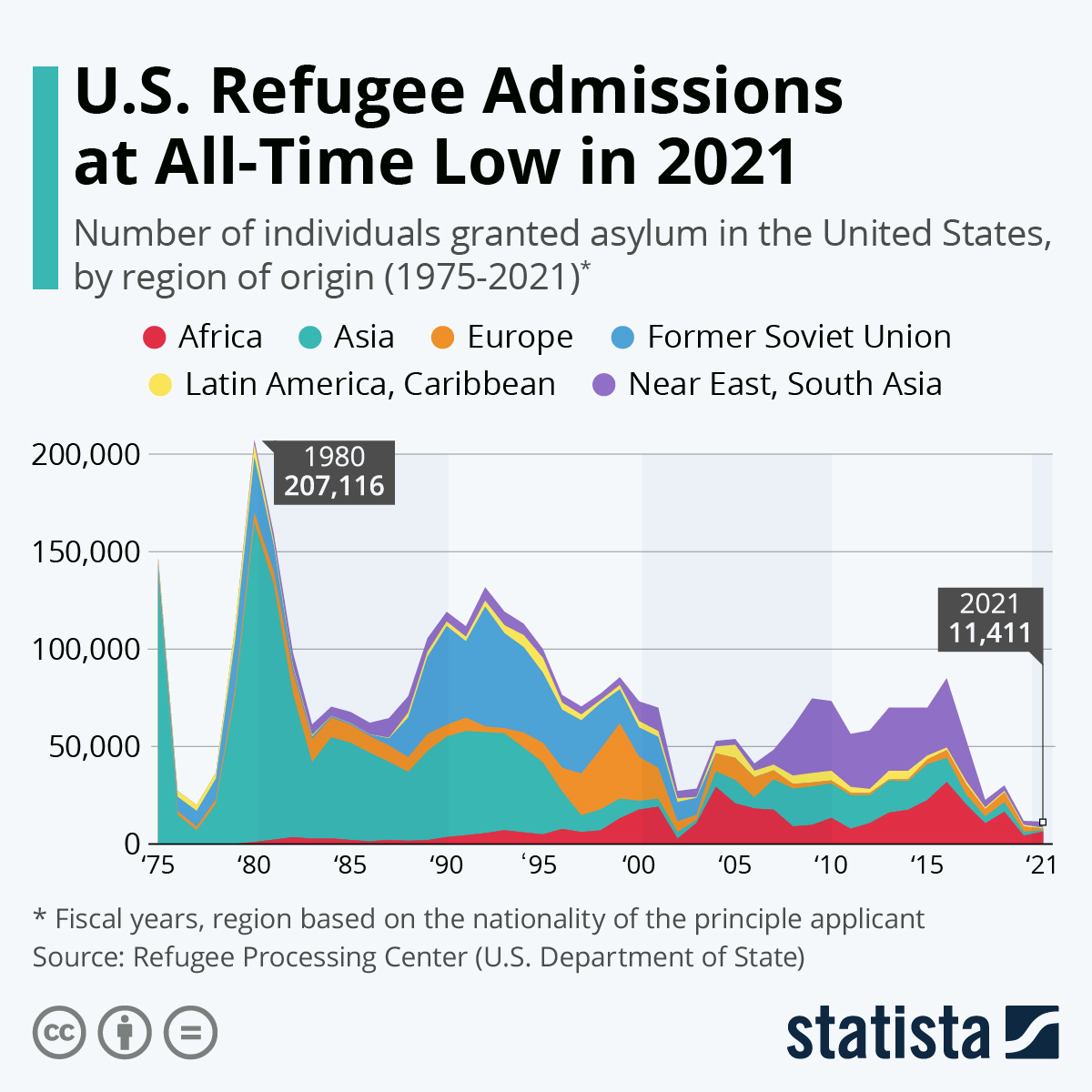 Refugees from Asia have historically been the largest group of people being granted asylum in the U.S.

Almost 45 percent of grantees since 1975 came from that continent (excluding South Asia), with the biggest influxes from Vietnam around 1980, Hmong and Laotians up to around 1992 and from Myanmar and Bhutan around 2008.