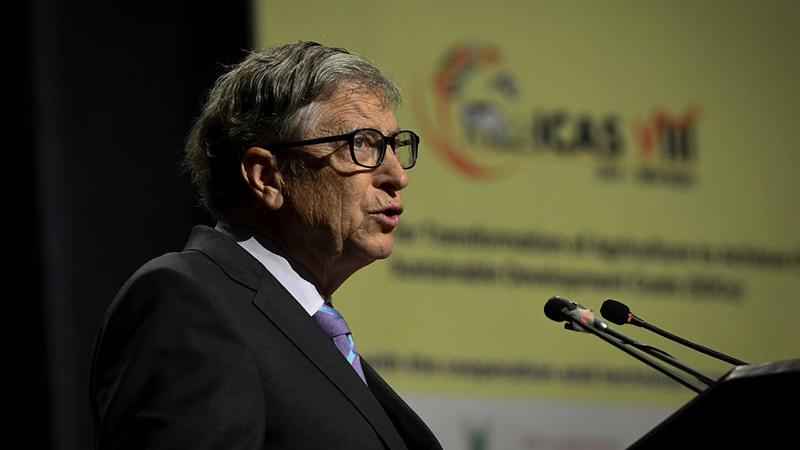 The British Prime Minister Boris Johnson, currently being criticised for imposing another lockdown based on questionable data, has met with Bill Gates to discuss implementing a global “health security” program using Britain’s G7 presidency to speed up the process.

Johnson met with Gates along with the CEOs of ten of the world’s biggest pharmaceutical companies to foment plans to roll out the vaccine for coronavirus.

Every CEO agreed to commit to providing “fair” access across the globe to the vaccine when it is ready.

Johnson said that the opportunity the G7 presidency in 2021 affords Britain will allow the nation to spearhead a global health plan developed by the Bill and Melinda Gates Foundation in partnership with the Wellcome Trust.

The plan was unveiled by Gates at the UN in September, where he called for  overhauling big pharma’s capacity to manufacture “vaccines and treatments.”

Johnson hailed the effort as a “new era of collaboration for problem solving,” and “pandemic preparedness,” adding that it will be a “truly global endeavor”.

The Prime Minister said that world leaders should have heeded Gates’ warnings years ago, and must now work with his Foundation to prevent “something like [Covid-19] ever happening again.”

Gates noted that “the world needs a comprehensive strategy; a coherent approach to financing and manufacturing billions of doses of vaccines, tests and drugs; and a network to monitor for new threats.”

“We’re fortunate that Prime Minister Johnson has come up with a smart plan to do just that in the UK, and our foundation will continue to work with his government and others to make it a reality,” Gates added.

The British government is preparing to roll out the coronavirus vaccine on a level never before seen, drafting in the army to man vaccination centres at arenas, sports halls, and shopping malls.

It has been described as “the biggest logistical effort since the Second World War.”

Gates has previously declared that the world won’t return to normal until “a lot of people” take a second “super-effective” coronavirus vaccine that could be years away.

Last week, we Gates has forcast that a “best case scenario” for a return to normal would be the end of 2021, a date that was qualified with the proviso, “We still don’t know whether these vaccines will succeed.”

The billionaire has also suggested that governments need to ‘brainstorm’ ways of “reducing vaccine hesitancy,” in the face of anti-vaccine “conspiracy theories”.