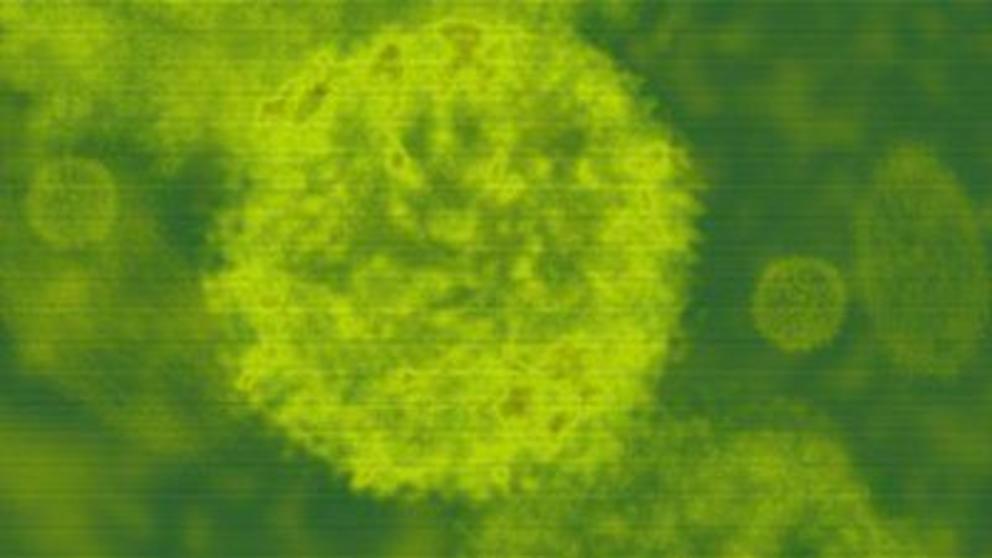 The virus misconception is at the heart of Operation Coronavirus, because without the concept of germ theory and without the horror story of the killer virus, most people would not buy the NWO-directed official narrative of COVID propaganda. In a previous article on the nature of the virus, I have discussed the heroic efforts of German virologist Dr. Stefan Lanka, who won a landmark case in 2017 which went all the way to the German Supreme Court. Lanka proved in the highest court of the land that measles was not caused by a virus, and that there was in fact no such thing as a measles virus. Lanka is still busy working, and he wrote this article earlier this year (translated into English here) entitled ““The Misconception called Virus”” in which he explains the history of how mainstream science went horribly wrong with its conclusions (really assumptions) to demonize the humble virus and to falsely ascribe pathogenicity to it when there is none.

The Virus Misconception: The Killer Virus Story vs. Deficiency and Toxicity

Lanka’s main point throughout the article is this: when modern scientists are working with diseased tissue, they think the presence of a virus is causing the disease, instead of realizing that the tissue in question has been cut off and isolated from its host, then doused with antibiotics, and that this separation and poison make it diseased and kill it, rather than any virus. Lanka writes:

“All claims about viruses as pathogens are wrong and are based on easily recognizable, understandable and verifiable misinterpretations … All scientists who think they are working with viruses in laboratories are actually working with typical particles of specific dying tissues or cells which were prepared in a special way. They believe that those tissues and cells are dying because they were infected by a virus. In reality, the infected cells and tissues were dying because they were starved and poisoned as a consequence of the experiments in the lab.”

” … the death of the tissue and cells takes place in the exact same manner when no “infected” genetic material is added at all. The virologists have apparently not noticed this fact. According to … scientific logic and the rules of scientific conduct, control experiments should have been carried out. In order to confirm the newly discovered method of so-called “virus propagation” … scientists would have had to perform additional experiments, called negative control experiments, in which they would add sterile substances … to the cell culture.”

“These control experiment have never been carried out by the official  “science” to this day. During the measles virus trial, I commissioned an independent laboratory to perform this control experiment and the result was that the tissues and cells die due to the laboratory conditions in the exact same way as when they come into contact with alleged “infected” material.”

In other words, the studied cells and tissues die with or without the presence of a virus in exactly the same way; therefore, the virus cannot be the cause of the morbidity and mortality. Interestingly, this is exactly what many health experts have stated, namely that there are only 2 causes of disease: deficiency and toxicity. For instance, Charlotte Gerson (who took over running the Gerson Clinic from her brilliant father Max) said this about disease and cancer. Removing cells or tissue from the body and thus cutting them off from their energy/nutrient supply will quickly lead to deficiency; injecting antibiotics into the mixture is toxicity; thus there is no solid proof a virus is causing disease when there is already deficiency and toxicity present. This is the key point of the virus misconception. Lanka traces back the development of the virus misconception to 1858 and to the ‘cell theory’ of Rudolf Virchow, who proposed a theory that all disease and all life originates from a single cell, which is somehow hijacked by a virus that weakens it and propagates itself. Lanka points out 2 problems with this:

“The cell theory was only originated because Rudolf Virchow suppressed crucial discoveries about tissues. The findings and insights with respect to the structure, function and central importance of tissues in the creation of life, which were already known in 1858, comprehensively refute the cell theory and the subsequently derived genetic, immune and cancer therapies.

“The infection theories were only established as a global dogma through the concrete policies and eugenics of the Third Reich. Before 1933, scientists dared to contradict this theory; after 1933, these critical scientists were silenced.”

By “infection theories” Lanka means germ theory, the prevailing theory of modern Western Medicine. Lanka then describes how a paradigm shift in the perception of the virus occurred during 1952-1954:

“Until 1952, a virus was defined as a pathogenic poison in the form of a protein, which as an enzyme caused damage in an unknown manner, which could cause disease and be transmissible. After 1953, the year in which the alleged DNA in the form [of] an alleged alpha helix was publicly announced, the idea of a virus became a malignant genotype wrapped in proteins. Thus, a paradigm shift took place between 1952 and 1954 regarding the image of a virus.”

He talks about how theory become dogma in the Church of Mainstream Science (aka Scientism):

“This completely unscientific approach originated in June 1954, when an unscientific and refutable speculative article was published, according to which the death of tissue in a test tube was considered … possible evidence for the presence of a virus. Six months later, on 10 December 1954, the main author of this opinion was awarded the Nobel Prize for Medicine for another equally speculative theory. The speculation from June 1954 was then raised to a scientific fact and became a dogma which has never been challenged to this date. Since June 1954, the death of tissue and cells in a test tube has been regarded as proof for the existence of a virus.”

Returning to Koch’s Postulates: No Isolation, No Purification

As I covered in COVID-19 Umbrella Term to Operate a Fake Pandemic: Not 1 Disease, Not 1 Cause, today’s mainstream scientists are skipping the all important 2nd step of Koch’s postulates: the isolation and purification of the virus. This isn’t something you can just gloss over or forget to do, like accidentally forgetting your umbrella on a rainy day and getting a bit wet. This is the absolutely quintessential part of determining if there is a new virus and if it causing causing disease. It’s the sine qua non. If you can’t isolate it, you have FAILED to prove anything, because the budding offshoot you think is an invading virus could easily be a exosome or particle being produced by the body itself. This is why all the COVID propaganda has conveniently glossed over the fact that there are no electron microscope images of SARS-CoV-2, since the electron microscope is an extremely important tool in the 1st step of Koch’s postulates, the identification. Lanka continues:

“… a virus has never been isolated according to the meaning of the word isolation, and it has never been photographed and biochemically characterised as a whole unique structure. The electron micrographs of the alleged viruses show in reality quite normal cellular particles from dying tissues and cells, and most photos show only a computer model (CGI – computer generated images).”

So What Does All This Have to Do with COVID?

So to bring this back to the current plandemic, all of the same assumptions and lack of evidence are in play when it comes to COVID:

“Individual molecules are extracted from the particles of dead tissue and cells, they are misinterpreted to be parts of a virus and are theoretically put together into a virus model … The consensus-finding process for the measles “virus”, in which the participants debated in order to determine what belonged to the virus and what didn’t, lasted for decades. With the apparently new China Coronavirus 2019 (2019-nCoV, meanwhile renamed), this consensus-finding process lasts only a few mouse clicks.

With only a few mouse clicks as well, a program can create any virus by putting together molecules of short parts of nucleic acids from dead tissue and cells with a determined biochemical composition, thus arranging them as desired into a longer genotype which is then declared to be the complete genome of the new virus … in this process of theoretical construction of the “viral DNA”, those sequences that don’t fit are “smoothed out” and missing ones are added. Thus, a DNA sequence is invented which doesn’t exist in reality and which was never discovered and scientifically demonstrated as a whole.”

So basically, mainstream Chinese scientists who work under the same theory as mainstream Western scientists invented a new theoretical model for SARS-CoV-2, and proclaimed a novel coronavirus, but all without the electron micrographs to actually back it up.

This entire process has extremely interesting parallels with the theme of space fakery, whether it’s propagated by NASA or the space agencies of other nations. We don’t have verifiable images of viruses; we don’t have verifiable whole (non-composite) images of the Earth, or many other space bodies such as moons, planets, etc. Instead we are fed CGIs and told not to question authority. Is this science or is this faith-based Scientism? To what extent are we being manipulated when we are denied real and true photographs of the world around us, both on a micro and macro level? I would argue to a massive extent.

Lanka on the Danger of Vaccines

Our lack of understanding about viruses, disease, the immune system, terrain theory and much more is exploited by Big Pharma to push dangerous medical interventions such as vaccines. Here’s what Lanka has to say about the danger and ineffectiveness of vaccines:

“[A] concoction consisting of dying tissue and cells from monkeys, bovine foetuses and toxic antibiotics … is being used as a “live” vaccine, because it is supposed to consist of so-called “attenuated” viruses … [this] toxic mixture full of foreign proteins, foreign nucleic acids (DNA/RNA), cytotoxic antibiotics, microbes and spores of all types is being labelled a “live vaccine.” It is implanted in children through vaccination mainly into the muscles, in a quantity which if it were injected into the veins would immediately lead to certain death … The verifiable facts demonstrate the danger and negligence of these scientists and politicians, who claim that vaccines are safe, have little or no side-effects, and would protect from a disease. None of these claims is true and scientific, on the contrary: upon precise scientific analysis, one finds that vaccines are useless and the respective literature admits to the lack of any evidence in their favour.”

The virus misconception has been with us a long time. As insane as the current fear-based, mask-wearing, social-distancing submission is, there are those people who are using Operation Coronavirus as a chance to wake up. While some go deeper into unconsciousness and look to new protective products (“upgrade your mask for our patent-pending powered air-filtration protective shield (N95)”), others have seen the coronavirus coup for what it truly is: a chance to roll out all kinds of control architecture while people sleepwalk in fear. It is always a good idea to question the base assumptions of any governmental pronouncement, because almost always, it can open up a portal that leads to the truth.