The Frightening Ease Of Government Overreach 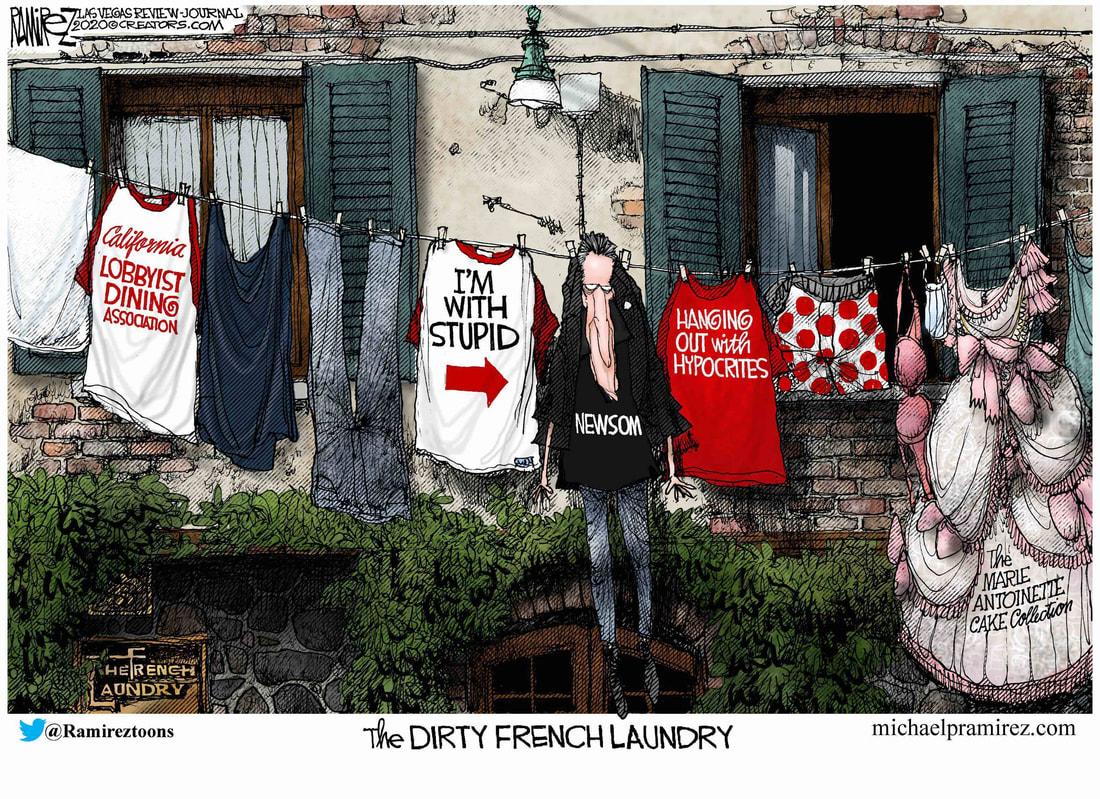 Authored by H.P.Smith via AmericanThinker.com,

On the eve of Thanksgiving, I am reading the news as I have my coffee, as is my regular morning routine, and much of what I read is about the recently reimposed restrictions on multiple aspects of our lives due to COVID-19.  The mayor of Los Angeles is calling for people to cancel “non-essential” travel, with the threat of fines and citations for noncompliance.  We’ve seen the same thing for several months in several other states, notably New York, New Jersey, and Michigan.  And it is all being done in the name of public safety.  They’re only concerned with our well-being…right?

Given that the left is so focused on science — mainly when it helps leftists’ agenda to do so, mind you — I will cite a recent study from the Annals of Internal Medicine, also cited in an article on American Thinker, that found that the real “death rate” of COVID-19, measured as the Infection Fatality Rate (IFR) is actually 0.26%, or about a quarter of one percent.  Matt Rowe’s article does a good job of describing fully the definition of IFR, so I won’t repeat it all here, but it’s essentially the actual rate of death caused by COVID-19 specifically without other underlying causes.

The point is that the science, time and again, does not seem to support the extreme reactions by those in power.  The thing that bothers me is how quickly and easily our mayors and governors have used the pandemic as an excuse to flex their dictatorial muscles, and what frightens and angers me is how quickly and easily they’ve wiped their collective bottoms with the Constitution, with the requisite flush of our rights once their business is completed.

Invasive forms required at the airport, COVID checkpoints at key crossing points in and out of New York City, police checkpoints, and mandatory quarantine periods are all part of the plan to “keep us safe.”  Neighbors and even children are being encouraged to spy on and report those who would dare oppose the Almighty.  I’ve read enough about 1930s and early 1940s–era Germany to recognize what’s going on. Will those who disobey be forced to wear a distinguishing mark of some kind on their clothing?

What is disturbing to me is how quickly and easily so many people fall right into line and accept every new edict and imposition on their freedoms.  As in 1930s–1940s Germany, those who were silent and compliant were in many ways complicit in the crimes.  We’ve all heard the famous poem by Martin Niemoller, “First They Came for the Jews.”  It feels eerily similar to me.

I am not a COVID denier.  I know it’s dangerous, and with elderly in-laws, the last thing I want is be the one who kills Grandma or Grandpa, so I wear the mask, and I am keeping my hands clean and social distancing.  I get it.  I just do not accept the massive government overreach in our lives, especially when the science doesn’t seem to support it.

The good news is that it does seem as though many people are starting to reach the limits of their patience and tolerance with the overreach.  Those not tuned in to CNN, MSNBC, et al. have seen far too many instances of the so-called authorities on COVID getting things really wrong, or simply lying to us about what is going on.  Many have read reports of the fudging of numbers at hospitals and even the CDC, and they’re starting to stand their ground.  There is a movement for impeachment of Gretchen Whitmer, governor of Michigan, and even for Gavin Newsom, the head of the Politburo in California.

Sheriffs and police departments across the country are saying they will not enforce the heavy-handed policies of those in charge, at least partly because those in charge have repeatedly shown us that their lockdowns and mask mandates do not apply to themselves or their wealthy friends and donors.  More and more people are saying, “That’s enough” and opposing or simply ignoring the diktats and going about their lives.

A group of St. Louis restaurant-owners are now fighting for their livelihoods against the oppressive and arbitrary ban on indoor dining as winter approaches and outdoor dining becomes all but impossible.  Those restaurateurs have followed every new health and safety rule, and even gone beyond in many cases, to put the safety of their guests and employees at the highest priority level, but that isn’t good enough for the St. Louis County Council, led by county executive Dr. Sam Page.  No, Dr. Page apparently is bent on putting these entrepreneurs and small business leaders, as well as all of their employees, out of business and onto the welfare rolls.

All around the country, people are finally saying, “Enough is enough,” and they are pushing back against the restrictions and regulations.  The true American spirit is showing itself, as it did in the latter half of the 18th century against a previous oppressive regime.  Generally, I believe that Americans are patient and tolerant people…well, at least roughly half of them are, anyway…but their patience and tolerance are not infinite.  I think that patience is starting to run thin.