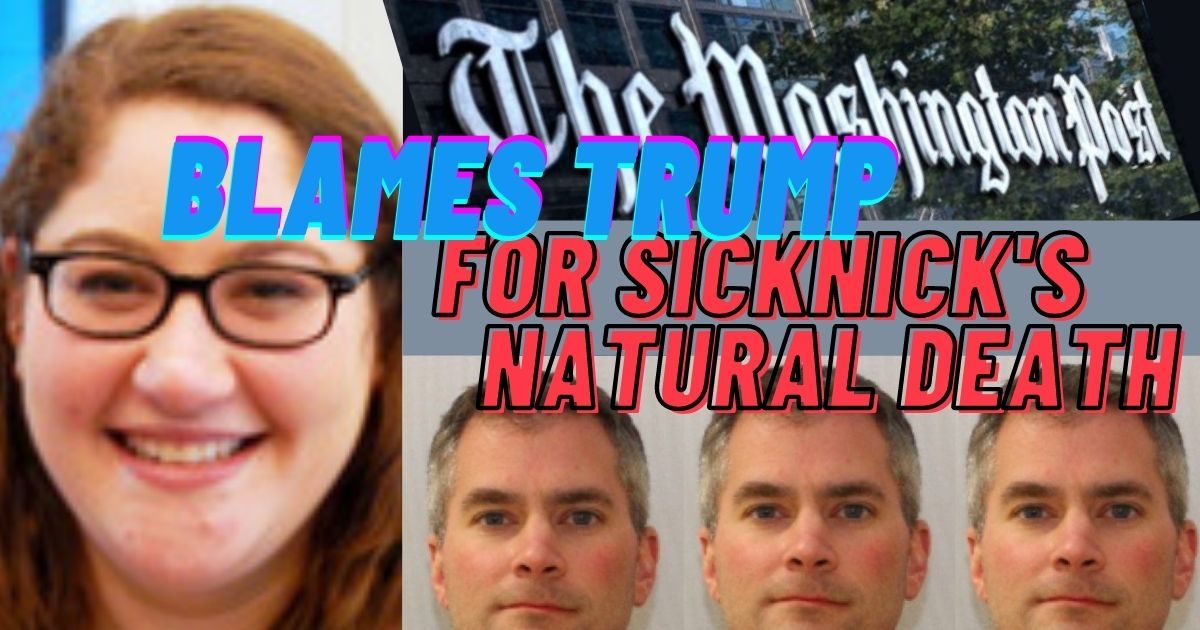 We should probably cut Reporter Jackie Peiser some ethical slack since she clearly worked too long as the discredited New York Times prior to her current gig at the Washington Post. She clearly learned a lot of bad habits, such as not checking her facts, not questioning the government’s official story, and learning to interview divergent dissident viewpoints in addition to the plain press releases she’s regurgitating.

This is trash journalism and what America has come to expect from Jeff Bezos’ Washington Post.

Peiser doesn’t even bother to use the name Brian Sicknick anymore, you can see her coverage of the underlying events here:

The interview with Lemon aired hours after Fanone testified before the House select committee to investigate the Jan. 6 attack on the Capitol, which resulted in the deaths of one Capitol Police officer and four others. Fanone, who suffered a heart attack, concussion and traumatic brain injury, was dragged down the Capitol steps, beaten and Tasered until he shouted that he had children, inspiring a few in the crowd to protect him and pull him back up the stairs to other officers.

So let’s just hold up and think about what she wrote:

…the Jan. 6 attack on the Capitol, which resulted in the deaths of one Capitol Police officer and four others.

The building itself was not attacked. There was a crowd of people organized to hear a speech from the sitting President. The President did not appear, and the crowd was agitated by escalating violence coming from the Capitol Police. They outnumbered the police and the tactics, including rubber bullets, mace, and batons, failed to have the desired effect and instead provoked the crowd. As a result, some of the officers who were engaged in violently suppressing the crowd, themselves got injured. As a result, the building was breached by some in the crowd. This was not an ‘attack on’ the Capitol. This was a fight that the Police started that spilled into the building when they lost the fight they started.

That’s likely why the tens of thousands of hours of security camera footage hasn’t been released and likely won’t be released: they don’t want to show the harassment and abuse from Capitol Police to peaceful protesters.

The media has told unbelievable lies about the Brian Sicknick case for months. [5][6]

This lie has been completely debunked and yet the Washington Post keeps slyly throwing it into its articles to see if it can fool you.

This is another left-wing lie: the other fatalities were tied that day, other than Ashli Babbitt’s execution, to the protest. The people who died were two from drug overdoses and one from natural causes, in addition to Babbitt.

The deaths referenced, four civilians, [7] were:

Ashli Babbitt was an unarmed veteran trying to gain access to a hallway when she was executed for no reason by Lieutenant Mike Byrd. [8][9]

CNN and CSPAN covered up Byrd’s name to protect the murderer. [10] Byrd has a history of reckless actions with a gun in the U.S. Capitol. [11]

Was Byrd shooting Trump supporters at the direction of the President? If not, then it seems odd to say that Ashli Babbitt was killed as a result of the protest. She was killed because Byrd was reckless, and blaming the Trump crowd for her death is completely dishonest.