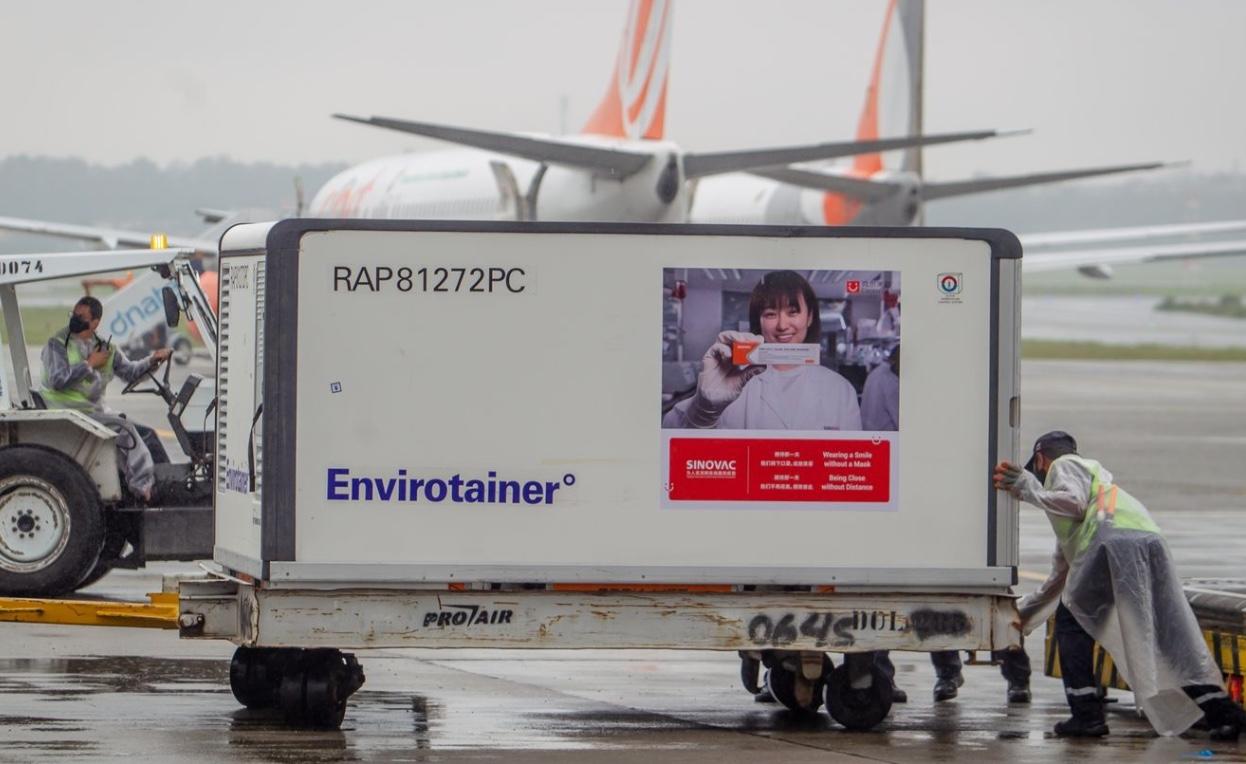 Despite Brazilian authorities recent decision to freeze a local SinoVac trial after a participant died under mysterious circumstances, the governor of Sao Paolo, Brazil’s most populous state, has struck a deal with the state-backed Chinese biotech firm to ship 120,000 doses of the still-unproven vaccine.

News of the deliveries arrives after Brazilian health regulator Anvisa has been struggling with criticism that its decision to unpause the Sinovac trial after less than 48 hours may have been politically motivated, as the safety of Chinese vaccines becomes an extremely divisive issue in Brazil.

The state has been among the hardest hit in Brazil, and with COVID-19 cases rising, officials have already started taking shipments of the Chinese vaccine, even though Brazilian President Jair Bolsonaro has publicly criticized China for unleashing the virus, and warned that the vaccines being produced by state-backed companies shouldn’t be trusted.

CoronaVac is one of 4 Chinese vaccines currently in Phase 3 trials in Brazil, and distribution of the vaccines won’t begin until the trials are completed. But apparently, the local government feels confident enough in the results that it’s already beginning the process of stockpiling vaccines for its 44 million residents.

Governor Joao Doria spoke to reporters at a press conference this week where he greeted the arrival of the first vaccines, and discussed the alarming spike in cases and deaths. Bolsonaro was probably less than pleased after hearing the news: Sinovac’s vaccine, which is being developed locally in Brazil via a partnership with Sao Paulo’s Butantan Institute, has become the focus of an escalating feud between Doria and the Brazilian president, who sees China as an ideological enemy. Bolsonaro has criticized the governor, formerly a political ally, over the “origin” of the Sinovac vaccine.

Of course China has already started administering the Sinovac serum locally to health-care workers and other high-priority patients. The Ministry of Health said last month that 6,000 volunteers in the final stage trial had been inoculated with no reports of adverse effects. To be sure, in China, claims like this should be taken with a dose of skepticism.

But as Doria called on the Brazilian federal government to “make a concerted effort on vaccines”, he apparently overlooked the fact that another much more powerful sovereign would supply him with the product – so long as it can secure a market for what’s about to become an extremely popular item.

Because in the 21st Century, China provides both the disease and the remedy.