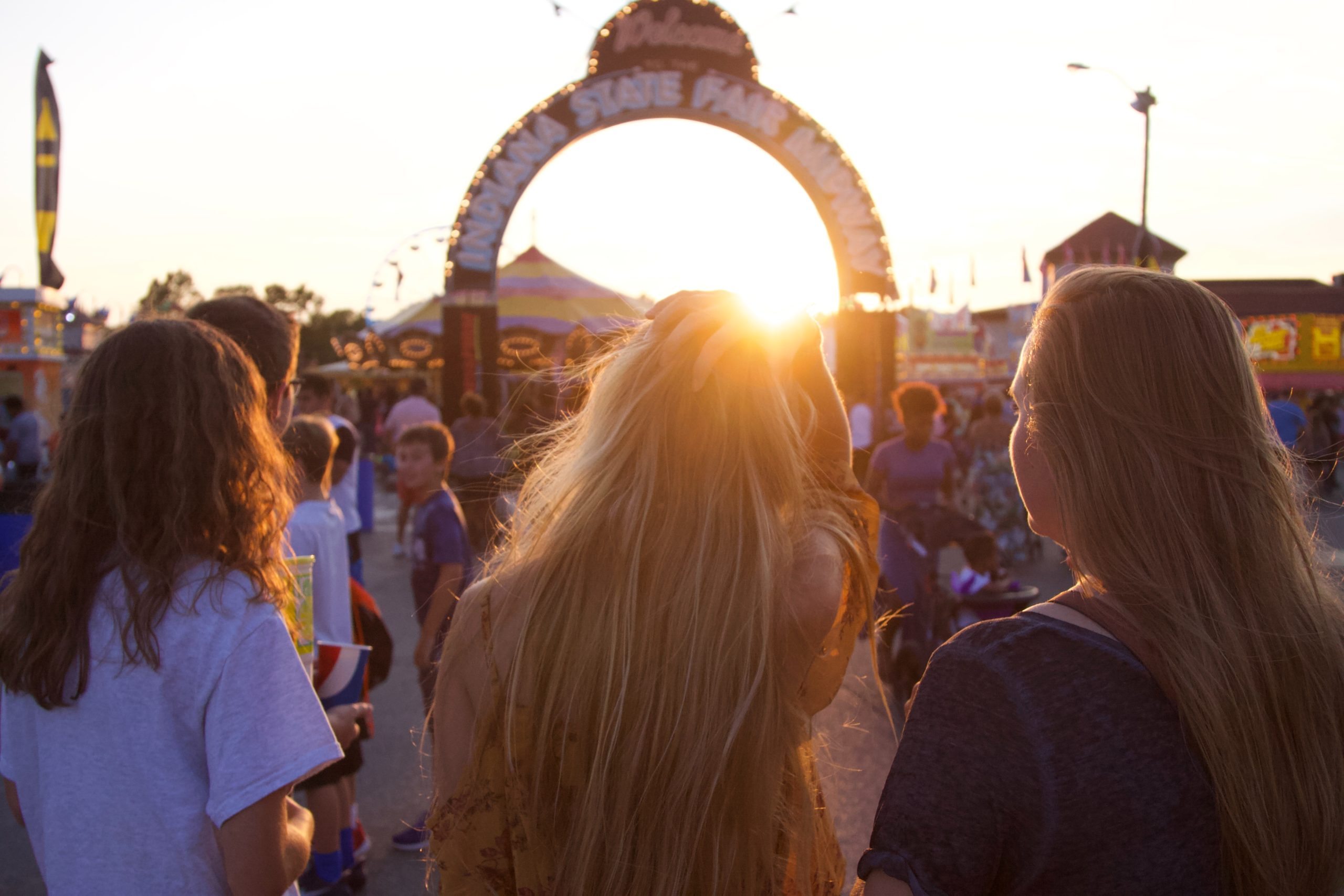 Authored by Bill Blain via MorningPorridge.com,

As US Stocks hit a cosmetic high, Bitcoin roars higher and Tesla defies gravity, what does it all mean? Have you planted your spring bulbs yet?

Markets will remain irrational longer than I can keep shouting how daft they are. I am getting a little hoarse from my repeated warnings. (Does that explain this morning’s picture?)

Dave Portnoy, sports commentor turned stocked picker, is apparently right – stocks do only go up.  It hurts to have been be so wrong about Tesla – my wallet knows I’m an idiot because Tesla has risen around 700% higher since I sold the bulk of my position in 2018. Ouch. Bitcoin is the new gold – as I warn it’s a scam, it soars towards $20,000. There are a deal of stocks that have quintupled this year, and I own very few of them.

For all the market fears, stock markets have never been so busy. Volumes are up 75% – largely on retail finding something to do during lockdown! The retail no-fees brokerage sites keep crashing, unable to keep up with demand. Does that ring any alarm bells? Perhaps it should be. When shoe-shine boys are giving you stock tips.. beware.

From an investment perspective, not listening to me rant about bubble stocks and scams makes sound financial sense. Which is a very good reason to keep reading the Morning Porridge every day – remember my musings are only my opinions, but learn from my mistakes and what I miss. And, for every day that I am resoundingly wrong about everything…. increases the probability I will eventually be right.. Probably. Maybe.. (I was right about WeWork, but it took time..)

In terms of the larger market I am currently in a quandary – or maybe schizophrenic. Maybe Portnoy et all are right? Maybe this time it is really different? Maybe the background to rising stock prices is strong because the whole investment ecosystem is so changed?

There is certainly some logic in that argument. The big picture is simple: ultra-low interest rates have repressed yields – meaning investors have to take greater risks to achieve returns. That favours stocks (even tho returns don’t justify the risks). All these years of pumping money into financial assets via QE means there are huge amounts of money sloshing around financial markets – which will be more than enough to fuel ongoing stock market upside. If Democrats get their way, (and win Georgia senate races) then Janet Yellen could be pumping trillions more into markets.

Financial markets are also fractal. The same patterns and relationships we see from the top-level big-picture perspective repeat right down to individual financial assets, stocks, bonds, contracts and commodities. What happens on high reflects at street level.

The amount of money available, ongoing QE and interest rate repression and the imminent pandemic recovery all favour stocks – but they are not valid reasons to believe in the existence of gold lined unicorn poop.

Every morning I face this cursed computer screen and try to say something sensible about markets. The problem is… I’ve got all the wrong qualifications for trying to logically explain this stage in the market cycle and the peculiar madness of crowds. I’m a bond salesman, an economist with a modest ability to turn a phrase on the word processor – I’m not a shrink! I know diddley-squat about mass psychology, shared-delusion-syndromes, the power of “We”, all of which might rationally explain irrational beliefs in improbable things like the value of Tesla, that Bitcoin will beat big-government, or that Comet Hale-Bopp is a spaceship come to rescue us from Earth.

How quickly we forget.

Its barely a month since Donald J Trump warned us the stock market would crash if Biden won the election. Yesterday he made a guest appearance in front of the White House press corps crediting his administration for the Dow rising through 30,000 yesterday. The man is hailed as a genius, and he didn’t waste our time talking about any of the other less important stuff.

Some serious stock picking types are on the wires this morning saying yesterday’s gain reflected the reality of Biden being effectively confirmed as President-elect, the smart choice of Yellen as Treasury secretary, and pandemic vaccines as collective and reinforcing reasons why the Dow broke the 30k barrier. The market chose to ignore the imminent lockdowns in California and NY just a day ahead of the Thanksgiving holiday.

30,000 on the Dow is just a number, but it has resonance with investors who want to be validated, vindicated and affirmed for their financial acumen backing this market, improbable stock stories, and imaginary currencies only a cartel chief gets any utility from. Their success has got everyone else thinking – how can I get so rich so quick? Let’s put my corona-savings into the stock market, they all think, terrified by the Fear Of Missing Out – FOMO.

And yes, I think it’s terribly unfair. These poor people… They know what they are doing; getting horribly rich by joining an apparently unstoppable stock market rally.

And it hurts. Because I am missing out by not buying the Tulip stocks. My stock portfolio is doing nicely in solid equity names I understand and have hopes for – but a 700% gain would have accelerated my retirement plans if only I hadn’t sold most of Tesla position!

The problem is… I suffer from a fairly bad case of a dread financial disease. It’s the asbestosis of financial markets, brought on by too many years spent at the coal face of broking. It’s called Experience. I have seen all this before… I have seen hopes, dreams and expectations shot down in flames. I have felt the agony of beautifully crafted financial structures collapsing into the dust.

As a mere office-lad I survived the Great Perp Crash of ’85 and Black Monday in 87. I’ve subsequently spent a career dodging bullets like the Gulf War sell-off, Black Wednesday as Sterling tumbled and my mortgage rate hit 16%, the Asian crisis, the Russian crisis (where I bought Russian zeros as a joke (I had a couple of Tsarist Bonds on my wall and thought I’d continue the series)), the Dot-Com bubble bursting, 9/l1, the Global Financial Crisis of 2007-31, the European sov debt crisis, and now the Pandemic…

(Please Grandad.. tell us all about the war…)

These were just the highlights. There were innumerable pinnacles and troughs of doubt and despair in between the big moments. Wondering what a downgrade would do to a stock price, what an announcement really meant, how an unexpectedly strong jobs number would crash the whole bond market, anticipating how the EU would nix or save Greece, or what the death of business founder might mean for the stock. Every moment was a lesson.

There are no hard and fast rules on how markets react to news, new-flow and trends. That’s why the best algorithms will never beat the best traders who can judge and feel the mood while weighing it against the reality.

What I do know is markets go up and down. I know that every major sell-off is inevitably followed by a recovery. The trick is knowing where the bottom is. I missed the bottom in March – wrong because I underestimated how bullish the market was on handouts and QE Infinity. As it became clear where the market was going I re-entered and have done very well on my core stocks I’ve picked because of solid valid fundamentals. I’ve increased allocations to stocks and Asia.

But even on my core stocks, the upside has come not from fundamentals, or economic resilience, but because government bailouts and Central Banking distortions have fuelled the market. In some cases that distortion effect has become pure hype. Its difficult to argue with hype.

If there is a theme to hyped markets its: “You Don’t Understand”.

They are right. I don’t understand – and no one is able to explain.

Tesla’s inclusion in the S&P has triggered another huge rally. I just look at the numbers; the margins, its sales, the competition, and conclude its valuation makes little sense. I try to understand its’ potential value as car maker, a battery maker, a lithium miner, self-driving software firm, or the latest iteration; an insurance firm. None of the things its claims to be make any kind of financial sense.. but people believe and tell me I don’t understand.

I wrote about Bitcoin last week and was harangued for not-understanding how widespread adoption will catapult it 15x higher in the next year. When I questioned the motivations behind bitcoin promoters – its latent criminality, the crutch it provides for the loony libertarian right, and want-to-get-rich scams – I was told I don’t understand.

When I asked for evidence of widespread US electoral fraud I was screamed down and told I don’t understand.

So… please explain what I don’t understand? Until you do, I will stick to what I do understand:

The Market has but one objective – to inflict the maximum amount of pain on the maximum number of participants.

The magical smart moment to buy/sell is some point before you think about it. Timing is luck.

Things are never as bad as you fear – but never as good as you hope.

Markets are about emotion – never be emotional in the way you play them.

You can’t argue with markets – but I still know I am right. Tesla makes decent cars, but it’s not worth a fraction of its current stock market valuation. Bitcoin is a delusion. The thing I don’t know is how much the QE and Interest rate distortions of the last 12 years will sustain the unsustainable? Is this time really different?

Get your wallets out and please consider making a donation to WWTW’s Walking Home For Christmas appeal! I would consider a small thanks for your daily Morning Porridge, but it’s a very worthwhile charity this difficult year: https://www.walkinghomeforchristmas.com/teams/team-morning-porridge