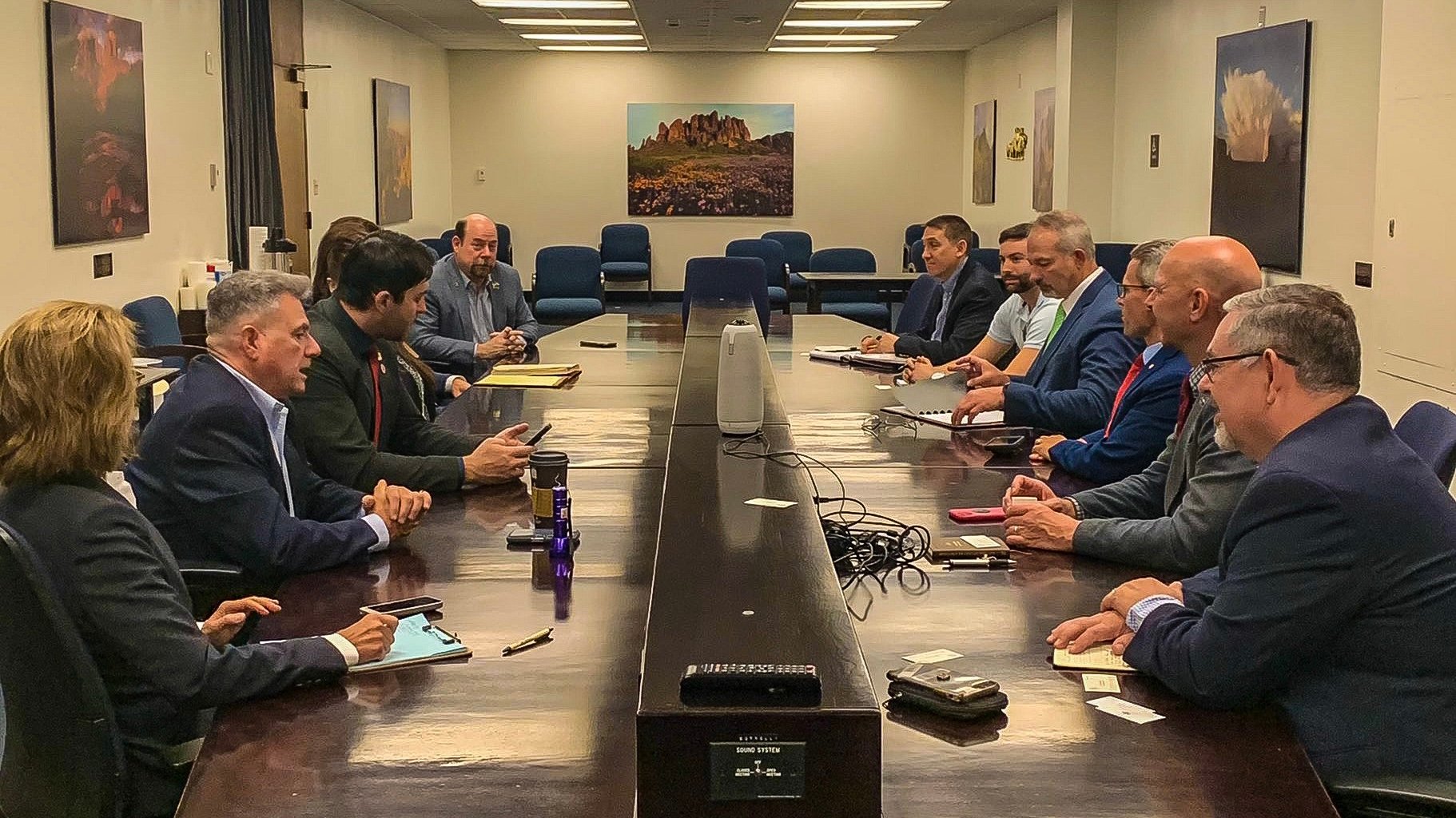 On Thursday morning, President Trump shared a message to Pennsylvania State Senate President Jake Corman, and State Senator Dave Argall, Chairman of the State Government Committee, on his Telegram channel. This post called on PA Senate leadership to initiate action and stand up for election integrity.

“Great patriots led by State Senator Doug Mastriano, Senator Cris Dush, and State Representative Rob Kauffman went to Maricopa County, Arizona, to learn the best practices for conducting a full Forensic Audit of the 2020 General Election. Now the Pennsylvania Senate needs to act. Senate President Jake Corman needs to fulfill his promise to his constituents to conduct a full Forensic Audit. Senator Dave Argall, Chairman of the State Government Committee, has to authorize the subpoenas, if necessary. The people of Pennsylvania and America deserve to know the truth. If the Pennsylvania Senate leadership doesn’t act, there is no way they will ever get re-elected!”

President Trump is calling on PA Senate President Jake Corman to pull the trigger and fight for election integrity and Sen. Dave Argall to ensure it happens.

TGP’s Jordan Conradson spoke with State Senator Doug Mastriano on Wednesday, where he said, “We’ve got a lot of issues in Pennsylvania. We need to do an audit and…this is the model”.

The PA Delegation saw first-hand that Arizona’s forensic audit was the gold standard for every audit.

They planned to take this process back to their state and make it even better, but the PA State Senate needs to step up to the plate in this crucial hour.

@SenMastriano: We’ve got a lot of issues in PA. We need to do an Audit and this is the model.
Senate President @JakeCorman, you’re batting now. Don’t strike out.
FULL INTERVIEW @ https://t.co/n3ywSDPGnj #AmericasAudit pic.twitter.com/W2YOPifVFx

As Georgia and other states are expected to tour the AZ audit starting next week, “The Freight Train of Audits is FULL STEAM Across the country!” – Boris Epshteyn said on Bannon’s War Room

IT’S HAPPENING: Boris Epshteyn on The War Room: “The Freight Train of Audits is FULL STEAM Across the Country!” (VIDEO)