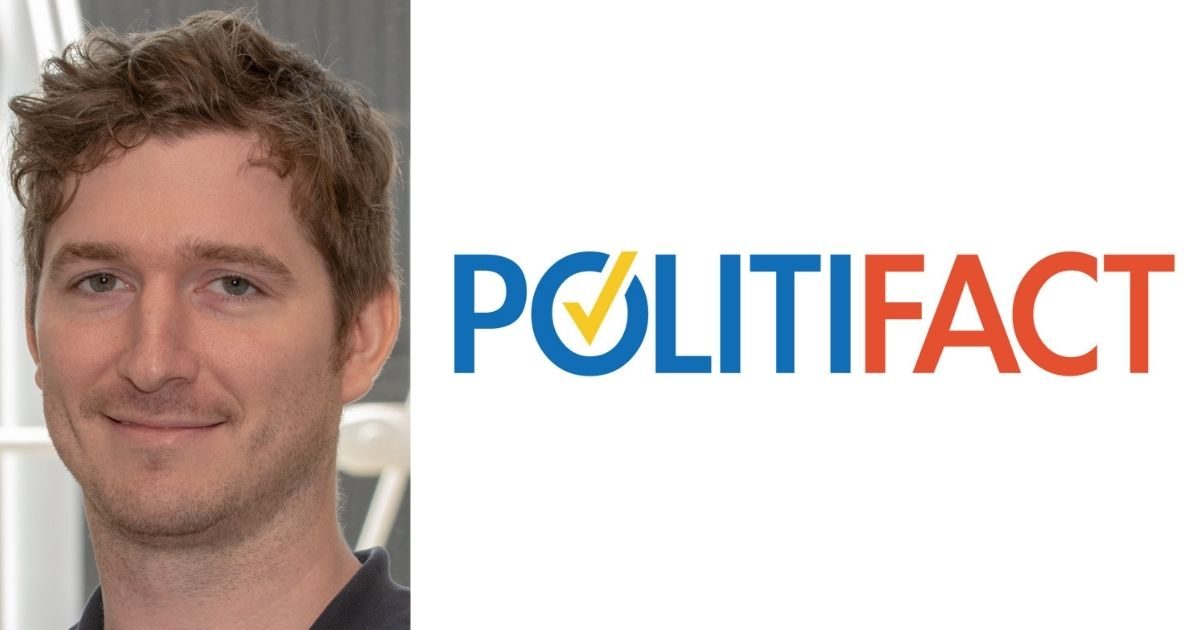 Mulder chooses to be willfully ignorant about the effective meaning of Rosendale’s opposition to the bill that declared Juneteenth a federal holiday. Mulder writes:

“Among its dissenters was Rep. Matt Rosendale, R-Montana, who joined 13 other  members in voting against the bill. After casting his nay vote, Rosendale stated his rationale on Twitter: ‘I voted against a bill that would make Juneteenth National Independence Day a federal holiday. One of 14 Republicans to do so. … (The left’s) intent is to replace the Fourth of July with this new day, one that will inevitably focus on America’s darkest moments,’ Rosendale tweeted.”

Rosendale’s claim is “pants on fire” false. The reasoning is thus:

This is clearly not the intention and meaning behind Rosendale’s opposition. What Rosendale means is that Juneteenth is a part of the Left’s agenda to reprioritize in education and history the oppression of minority or underprivileged groups. Historical events such as Fourth of July would not make the cut because its story features white men.

The 1619 project, created by the NYT, sought to establish America’s true Founding in 1619, rather than 1776, when its first slaves arrived in the country. This is just one of many examples of the Left’s attempts to “reframe the country’s history by placing the consequences of slavery and the contributions of Black Americans at the very center of the United States’ national narrative” [1].

One of Rosendale’s pieces of evidence is a photo he tweets of a black man wearing a shirt that crosses out July 4th and underneath it writes: “Juneteenth 1865…because my ancestors weren’t free in 1776.” Featured on the shirt is also a black power fist.

This is clearly an attempt to replace July Fourth with Juneteenth as a part of the Black Lives Matter movement, a movement which has gained considerable power and influence in the last few years. Mulder ignores this fact and instead “debunks” this piece of evidence because the last line —“because my ancestors weren’t free in 1776” — somehow explains why this man would want to replace a well loved and historic moment in America’s history on the basis of his ancestor’s slavery. Someone could have told him that 1776 was the first date that set the events of 1865 in motion.

However, the T-shirt is clearly not an attempt at historical scholarship but rather a motivated attempt to propagandize others into believing a certain narrative about America: that she is racist to the core and to expiate for her sins, her history must be rewritten so as to glorify one group over another.

In fact, doesn’t the final line prove Rosendale’s point exactly? Since not all men were free in 1776, the real Independence day is Juneteenth. Therefore, Juneteenth is the new Fourth of July in the eyes of Americans. National director of communications of the National Juneteenth Observance Foundation, Dee Evans, reinforces Rosendale’s point [2]:

Rosendale is correct when he says that Juneteenth is one that “will inevitably focus on America’s darkest moments” as there is a documented effort by the Left to rewrite America’s history. Rosendale writes more eloquently in a full length article [3] [4] [5] [6] [7]:

“The Left will put forward these things not because they are evil but because leftists’ current political project relies on the creation of a historical memory in which America’s story is one long racist nightmare. No one is going to defund their police unless the police are tools of white supremacy. No one will radically overturn voting laws unless every ballot security measure is Jim Crow. No one will pay reparations unless the black experience in America today is as bad as it was during 1860.”

Rosendale is not making an unfounded claim. However, Mulder chooses the most simplistic version of Rosendale’s view in order to smear him.

Mulder also attempts to debunk Rosendale’s criticism of a town in Illinois, Evanston. Evanston had “canceled its Fourth of July parade and replaced it with a gay pride parade and Juneteenth parade,” Rosendale writes [8].

“The event’s official website says that the Trustees of the Evanston Fourth of July Association voted to cancel July Fourth celebrations ‘based on concern for public health due to the unpredictability of the pandemic’s impact, vaccination rates, and in cooperation with our local authorities.’ …One trustee told a local news station that the decision to cancel was made in March…‘We made the decision in March based on the information that we had at that time,’ Trustee Jamie Black told Fox 6-TV. ‘There are deadlines for pe

rmits and to secure the fireworks, as well as taking applications for the parade that happen early in the year.’”

On the basis of facts, then, Rosendale is correct to say that Juneteenth has taken on an importance that amounts to sacred dogma for the Left and effectively seeks to replace the Fourth of July.

OUR RATING: = #FakeNews. This is what you’d expect on CNN playing to an empty airport.