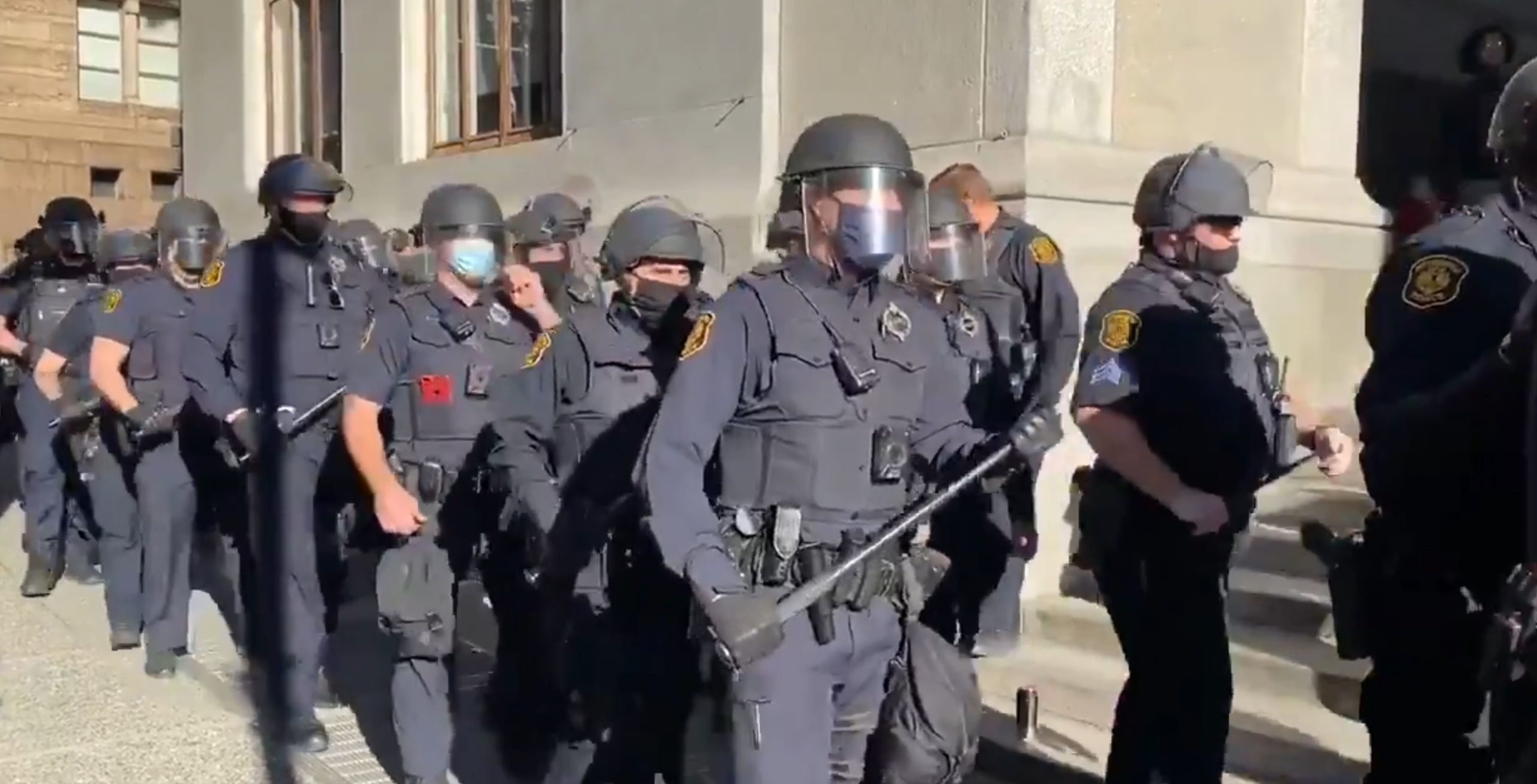 Police in riot gear are intervening in a developing situation in Pittsburgh where “Stop the Steal” pro-Trump supporters have been met by anti-Trump supporters. The groups began to congregate outside of the City-County Building at about 2PM EST, according to CBS Pittsburgh, who was on the scene.

The Pittsburgh Special Response Team (SRT) arrived on the scene after an anti-Trump group made their way to the scene chanting “No Trump, no KKK, no fascist USA,” according to CBS.

This photo showed the “Stop the Steal” group beginning to congregate:

HAPPENING NOW: Another ‘Stop the Steal’ rally is getting ready to start outside the City-County Building. pic.twitter.com/851O7zwVvP

Shortly thereafter, police in riot gear were dispatched. They are reportedly standing in the middle of Grant Street as the scene develops.

Meanwhile… this is what’s happening outside of the election warehouse. There’s a protest with people holding signs saying “count legal votes.” @KDKA pic.twitter.com/FXlR7qrqp1

This story is developing and we will update this post with any new information as it becomes available.