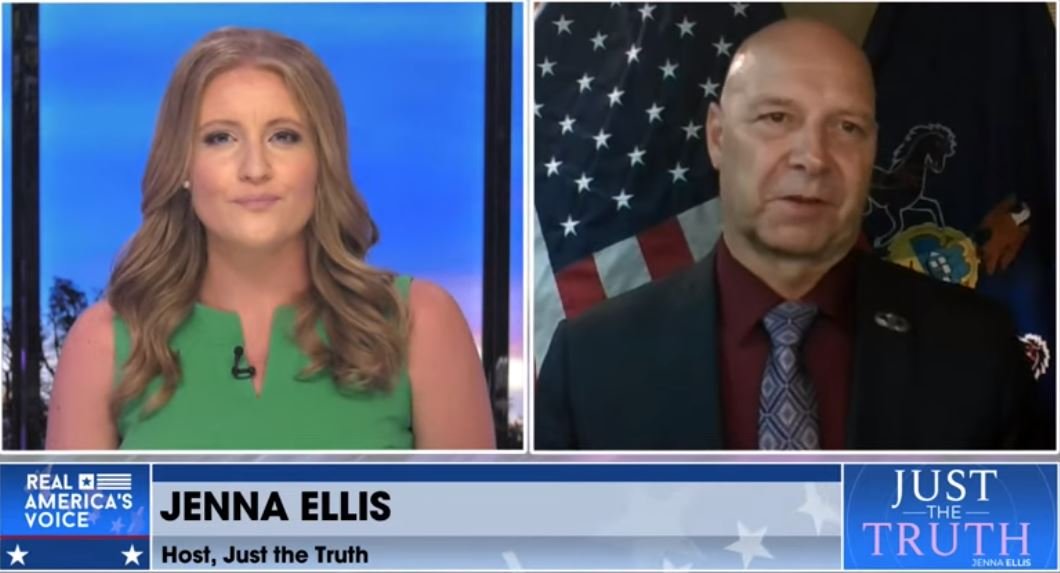 On Wednesday, a Pennsylvania delegation was escorted into the Veterans Memorial Coliseum in Arizona for an on-the-scene tour of the audit facility.

The team from PA, consisted of State Senator Doug Mastriano, State Senator Cris Dush, and State Rep. Rob Kauffman and their staff. The group received a briefing from Arizona legislators in the morning. They then took a tour of the entire audit facility, as we reported earlier today.

Arizona State Senator Doug Mastriano told The Gateway Pundit’s Jordan Conradson that if Pennsylvania performs an audit, the Arizona audit will be the model.

Now in a recent interview, Senator Mastriano told Jenna Ellis on Real America’s Voice that an Arizona-style audit in Pennsylvania could be ready to go by July.

Via Just the News:

“If we had the support with the majority of the members in any committee we do this from, and from the body [Senate] itself, probably July, we could see it,” Mastriano said on Real America’s Voice’s “Just The Truth” with Jena Ellis.

Mastriano said there are several ways the state could issue an election audit. A state Senate committee would use its subpoena powers to send a letter to a county or several counties to declare its intention to issue an audit of votes.