Palestinians Have No Choice but to Resist in Any Way, Shape or Form Annexation 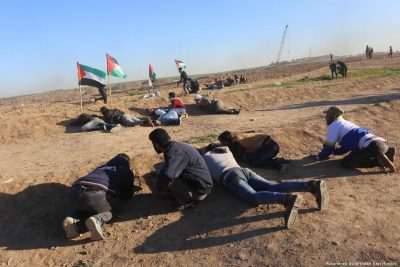 To annex or not annex? This is the question bugging Israeli, Palestinian and international political figures since Israeli Prime Minister Benjamin Netanyahu missed his July 1 deadline for beginning the process of formally annexing portions of the occupied West Bank. According to Netanyahu ally Ofir Akunis, Israeli officials are still working out the details of the annexation with the US Trump administration, but he expects this will take place during this month.

In an interview with Italian daily “It Fatto Quotidiano”, former Israeli Knesset speaker and peace activist Avraham Burg said, however, Donald Trump halted the annexation plan since “he doesn’t have time to help Netanyahu in implementing the annexation of the West Bank and Jordan Valley.” Asked when he thought implementation might go ahead, Burg replied it is “very difficult, if not impossible, to set expectations to the annexation, because there is no transparency in this plan, no one knows its details”. Burg made his name as a founder of Peace Now following Israel’s 1982 war on Lebanon and has since joined efforts to boycott goods and produce from Israel’s West Bank colonies. In 2015 he joined the leftist joint Arab-Jewish Hadash Party.

Having green-lighted  Netanyahu’s intention to annex Israel’s West Bank colonies and the Jordan Valley, 30 per cent of the territory, Trump could very well be “too busy” campaigning for reelection to back up his friend in a project which has been vehemently condemned as illegal by the UN, the European Union, the Arabs, the Palestinians, the remaining four permanent members of the Security Council, and other members of the international community.

Although he claims to be running on a “law-and-order” platform, Trump is not impressed by the fact that the West Bank is regarded by international law and the Fourth Geneva Convention as “occupied territory” and deems Israeli colonisation illegal.

Netanyahu’s coalition partner, Defence Minister Benny Gantz, who is less keen on annexation, argues it should wait until Israel contains Covid-19 cases which have spiked just as the country was beginning to ease restrictions. Gantz, in particular, should be concerned if annexation precipitates widespread Palestinian protests and violent resistance.  It will be his job to contain and crack down.

Since Palestinian President Mahmoud Abbas‘ election in 2005, Israel has been largely free of the sort of attacks that took place during the Second Intifada due to security coordination between the Palestinian intelligence agencies and police and their Israeli counterparts. However, Abbas has cut contacts with Israel and halted security cooperation since Netanyahu returned to power and pledged to annex areas allocated to Israel in Trump’s “Deal of the Century” which has been roundly rejected of all and sundry.

Abbas has now taken a major step further. Along with Hamas’ leaders, he has agreed to support a common Fateh-Hamas Palestinian resistance campaign which could involve violence if and when Israel annexes West Bank territory. This campaign was announced last week by Jibril Rajoub, head of Fateh’s central committee, and Saleh Al Arouri, West Bank chief of Hamas. Both men have careers in militancy and have served long terms in Israeli prisons.

Rajoub and Arouri have vowed to “speak in a single voice”. Rajoub said they would launch “popular resistance in which everyone participates” and “put in place all necessary measures to ensure national unity”. He announced, “We will not raise a white flag, we will not give up. All the options are open if the Israelis start the annexation and slam the door on the two-State solution.” He did not rule out a Third Intifada to end the occupation and “remove annexation from the table”.

Arouri said the rival movements have set aside “issues on which we differ. We and Fateh and all the Palestinian factions are facing an existential threat, and we must work together”. Hamas, he said will use “all forms of struggle and resistance against the annexation project”.  He rightly pointed out, “Annexing any percentage of the West Bank now means that more will follow… If the occupation ends up controlling the Jordan Valley, Jerusalem and other areas then it will have an appetite for more.”

Since both men have made it clear that “all options” are open if Israel goes ahead with annexation, coming together on this issue appears to mark a turning point. Fateh and Hamas have adopted the same stand towards annexation. If Netanyahu goes ahead, Palestinian Authority security agencies would no longer prevent mass protests in the West Bank or hinder Fateh, Hamas and other groups from plotting and staging attacks on Israel and Israelis.

This does not mean that Fateh and Hamas, estranged since Hamas won the 1996 Palestinian legislative election, have reconciled. Cooperation on annexation does mot signify reconciliation but simply the need to join forces to counter Israel’s formal take-over of all or portions of the West Bank, which will make the emergence of a Palestinian state impossible. Near global opposition to such a move has given Palestinians the right to resist Israel’s latest and most consequential existential challenge. Without land they will continue to exist in a limbo, without a state, independence, and full membership in the international community which is open only to states. The Palestinians have no choice but to resist in any way, shape or form they choose. The late Palestinian leader Yasser Arafat always kept “all options” in reserve, knowing full well that Palestinians have very little leverage over Israel and its allies.

Note to readers: please click the share buttons above or below. Forward this article to your email lists. Crosspost on your blog site, internet forums. etc.