Submitted by The Armchair Political Analyst
State of the Nation

Ron DeSantis just made what is perhaps the most brilliant and bold move in U.S. political history.  By bravely transporting those 50 illegal aliens to Martha’s Vineyard, he put the extremely serious, Democrat-made border crisis right in their back yard.  Whose back yard? The power elite’s back yard.

By summarily and unilaterally revoking the NIMBY status of the pampered and privileged wealthy elites who populate the Vineyard, DeSantis also put this HUGE national catastrophe right where it belongs—ON THE FRONT PAGE OF THE INTERNET.

Truly, there is no greater ongoing catastrophe facing the American Republic than the overwhelming invasion of this country by illegal aliens, many of whom are enemies of the USA who are being surreptitiously placed in cities for a future bolshevik revolution to be incited by the Democrat Party and their NWO overlords.

Perhaps Gov. DeSantis does not even know just how audacious and risky his brilliant move really was.  Surely the immediate lawfare being waged by the phalanx of Democrat liars about every facet of OPERATION MARTHA’S VINEYARD is an exceedingly serious sign of things to come.  After all, the cornerstone of the New World Order agenda is multiculturalism 24/7 and the dilution of white Christian nations across the planet.

Toward that end, the NWO globalists have targeted these once United States with one invasion after another of hordes of illegal aliens over decades, many of whom are downright dangerous to the American people.  They are actually being stealthily set up to pose the greatest threat to America’s Patriot Movement.

For these and many other important reasons, the good Governor needs to be fully supported in his noble endeavors to completely close the border to all illegal aliens, once and for all.

Let’s get busy, Patriots, taking back our country before it’s irreversibly collapsed. 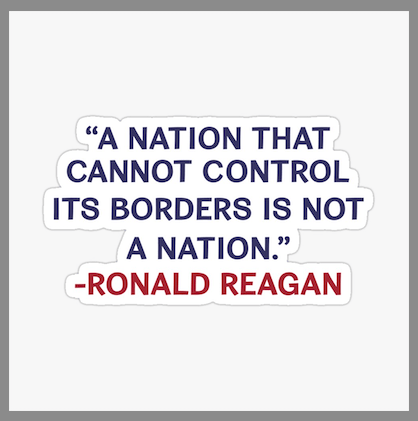 The Armchair Political Analyst
State of the Nation