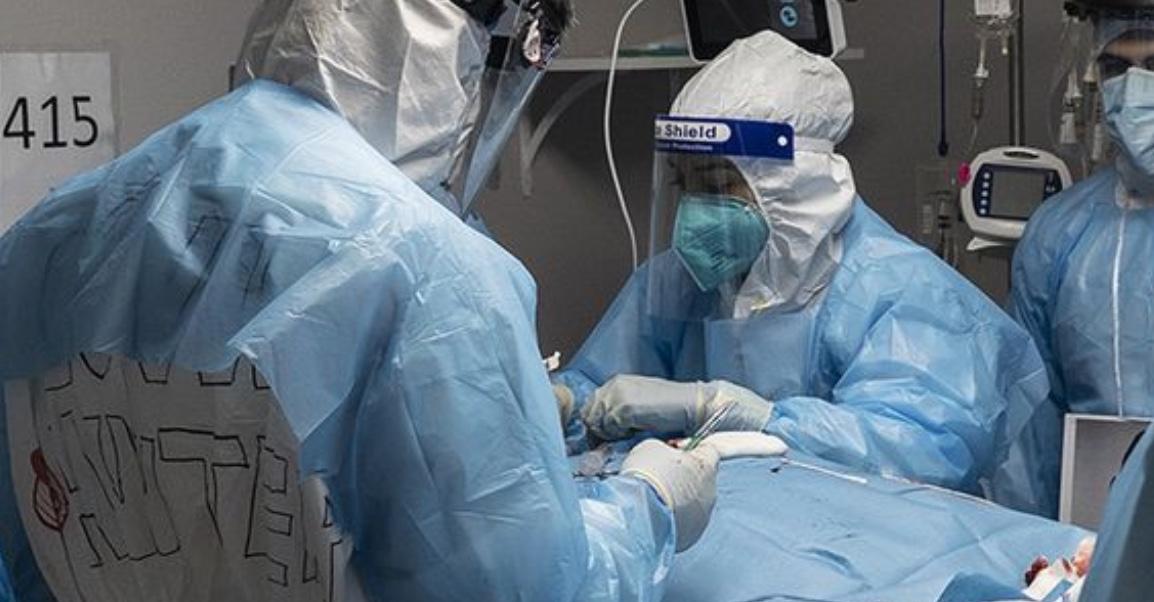 As COVID-19 cases surge pushing hospitalizations to levels unseen since the start of the pandemic, hospitals around the country are facing a staffing crisis. According to Bloomberg, 1 in 5 American hospitals anticipates a “critical staffing shortage” within a week’s time, according to DHHS.

Midwestern states like Missouri, Wisconsin and North Dakota have reported the highest share of hospitals worried about staffing shortages as deaths and hospitalizations soar.

In a phrase that’s reminiscent of coverage from back in the spring, when hospital workers in some of NYC’s most unloved neighborhoods were wearing trash bags instead of PPE, Bloomberg warned that a dearth of doctors and nurses could risk pushing the mortality rate even higher. Frontline workers are “vulnerable to the consequences of overwork”, Bloomberg reported. In an example of just how bad it can get, readers might remember a rash of doctor suicides in NYC, and in other places as well.

What’s more, given the staffing issues, hospitals around the country are bracing for a “holiday spike”, forcing health care workers to spend yet another holiday away from their families.

The biggest problem this time around is that rural areas in the Midwest and elsewhere that were largely spared earlier in the year are now seeing outbreaks in their communities, which have in some cases badly strained the more threadbare facilities available in these areas.

Here’s an example: Sprawling, sparsely populated Siskiyou County along California’s northern border hit a milestone this week. After months of dodging a major COVID-19 outbreak, seven people were hospitalized with coronavirus infections and the number of available ICU beds in the county briefly dropped to zero, which sent local public health officials into a full-blown panic.

Management at the hospital pleaded with the townspeople to wear their masks and wash their hands, advising that more infections would inevitably lead to a surge in deaths.

Another major difference this time around: During the spring and summer, the outbreaks were largely confined to a specific region of the country, allowing resources and staff to be ‘spread around’ from states with low numbers to states with high numbers. The problem is that right now, all 50 states are seeing their outbreaks accelerate. While the Midwest has been battered, Chicago hasn’t benefited from the federal resources or the help from nearby states that New York did back in the spring.

That’s one reason that makes the recent increase in deaths more concerning, since if the numbers continue to rise, there won’t be any ‘cavalry’ for struggling states to call.

“Earlier in the year, we were able to redeploy staff and resources to these hot spots,” one official said. “We really were talking about hot spots. The problem now is when every place is a hot spot, you lose the ability to redeploy. And that’s as simple as that.”

Fortunately, Pfizer confirmed on Friday that it has submitted its paperwork for an emergency-use authorization for its vaccine, which should be administered to the first non-trial patients by mid-December, the company said.