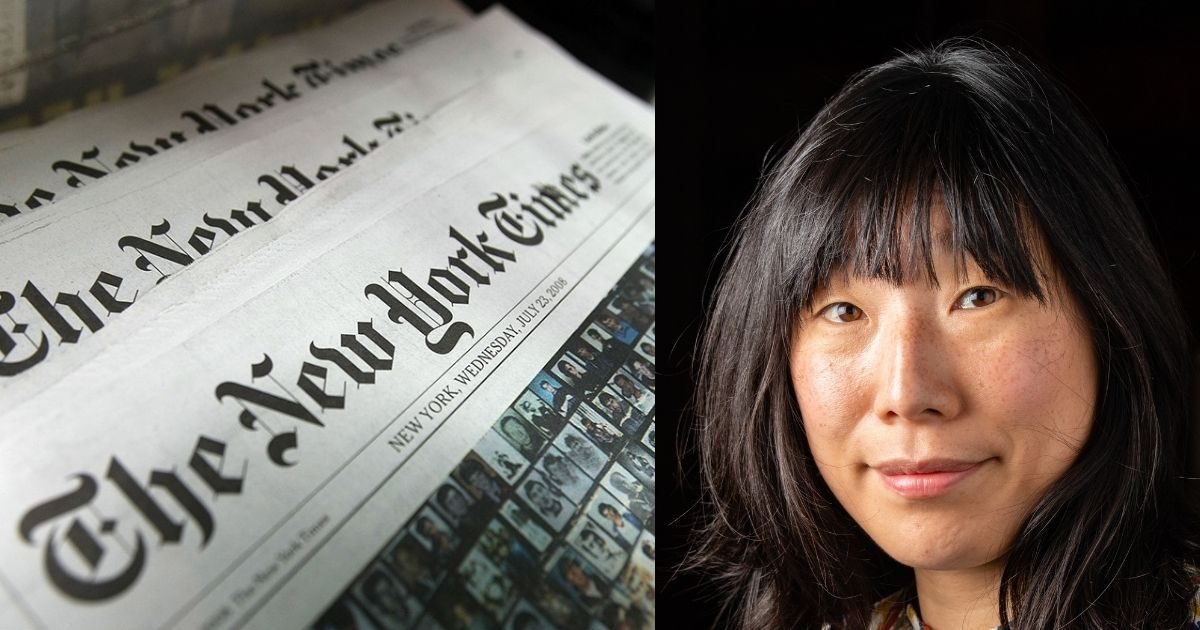 OUR RATING = #FakeNews. This is what you’d expect on CNN playing to an empty airport.

Katie Benner in the New York Times cherry picks facts about Kristen Clarke to avoid her past history of racial animosity towards white people. Given Clarke’s position will be in the Civil Rights division, it is extremely important and vital that context be given as to her actual history in civil rights. Instead, we get meaningless generalities and promotional lines in her favor. A real investigation into her background yields a much more controversial figure.

Benner begins by lauding the decision to confirm a black woman to the Senate:

“The Senate on Tuesday voted to confirm Kristen Clarke to lead the Justice Department’s civil rights division, making her the first woman of color to be confirmed by the Senate to do so.”

Instead of giving the reader a fair and balanced representation of Clarke’s background, this is all we get:

“The daughter of Jamaican immigrants who rose from a Brooklyn housing project to earn degrees from Harvard and Columbia Law School, Ms. Clarke is best known as a leading advocate for voting rights protections. Her expertise will make her a key player in the administration’s effort to push back on laws that could restrict access to the ballot box.”

The only mention of her radical past is the last paragraph in the article:

“Republicans largely opposed Ms. Clarke. Senator Tom Cotton, Republican of Arkansas, said that she was a partisan and radical nominee who had sharply criticized centrists like Senator Lisa Murkowski, Republican of Alaska, and Senator Joe Manchin, Democrat of West Virginia.”

But there is no further analysis or investigation into whether or not this is actually the case. As a journalist, it is her job to fact check these claims and give any background that would add crucial context. Instead, we get nothing.

Here is what a real investigation yields about Clarke. Beginning in college and continuing into her career as a lawyer, there has been documented evidence of her anti-white views. As a Harvard undergraduate in the 1990s, Clarke wrote for the Crimson Review a piece titled “Blacks Seek and End to Abuse,” in which she effectively said blacks were superior to whites. Here is what she wrote [1]:

“In response to those who defend The Bell Curve (“Defending The Bell Curve,” Opinion, Oct. 24, 1994), please use the following theories and observations to assist you in your search for truth regarding the genetic differences between Blacks and whites…Carol Barnes notes that human mental processes are controlled by melanin–that same chemical which gives Blacks their superior physical and mental abilities….Melanin endows Blacks with greater mental, physical and spiritual abilities–something which cannot be measured based on Eurocentric standards.”

In her confirmation hearing, Clarke said these comments were satirical and meant to parody the Bell Curve, a book written by Charles Murray: [2]

““What I was seeking to do was to hold up a mirror,” she says, “Put one racist theory alongside another.””

However, at the time of her writing the piece, the other writers of the Crimson did not see how the piece gave off any irony. The editors called on her to retract the piece and resign from her leadership position in the Black Students Association on campus, saying this [3] [4]:

“Rather than attack the questionable research and logic underlying The Bell Curve, however, Clarke resorted to bigotry, pure and simple, to reach the opposite conclusion….We searched in vain for a hint of irony in Clarke’s letter (which was coauthored with Victoria Kennedy ’97, who does not hold any elected position in the BSA). But truth be told, such indications would be irrelevant. In such a circumstance, any irony short of unambiguous sarcasm is unacceptable coming from the pen of a student leader.”

But, any reasonable person could say that she was young and her views have changed. However, a little more research proves she has not repented of her racist views.

In 2008, while serving as a lawyer, Clarke criticized the Civil Rights Division’s lawsuit against Ike Brown, a black political boss in Mississippi who discriminated against white voters. Clarke showed a history of wanting to dismiss cases that either prosecuted black people or protected white people [5] [6]:

“In 2010 testimony before the U.S. Commission on Civil Rights, Christopher Coates, the former chief of the Voting Section, listed Clarke among those who “believe, incorrectly but vehemently, that enforcement of the protections of the [Voting Rights Act] should not be extended to white voters but should be limited to protecting racial, ethnic and language minorities….Coates added that in another case before the Civil Rights Division, a Voting Rights Act suit against Black Panthers who showed up at a Philadelphia polling place wielding a billy club, Clarke asked a Justice Department attorney when the case would be dismissed. When Senator Mike Lee asked her about these cases, she downplayed the notion that she engaged in advocacy.”

While at law school, Clarke also played a role in organizing a conference in which speakers referred to death-row inmates, including several convicted cop-killers, as ‘political prisoners’” [7] [8].

Is this really a background that makes Clarke “poised to become the first Senate-confirmed woman of color” as though she had no bias at all? Benner is essentially writing a fluff piece, promoting the goals of the Biden administration, and failing in her basic journalistic duties to report all relevant facts about a person of influence and power.

OUR RATING = #FakeNews. This is what you’d expect on CNN playing to an empty airport.