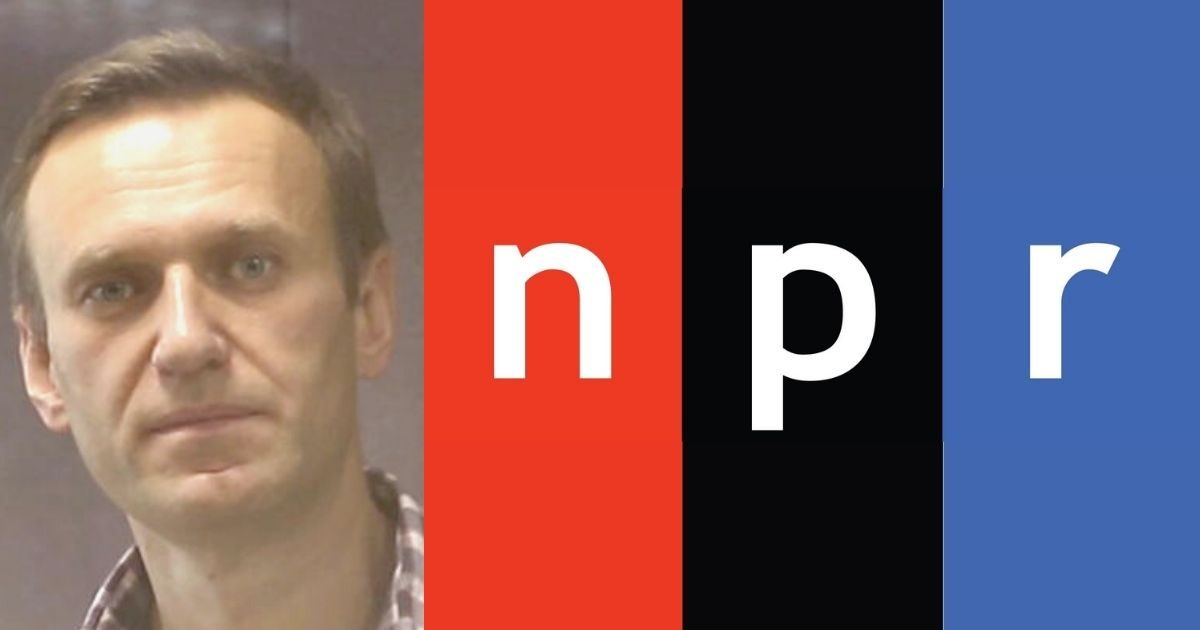 NPR is willing to redefine words to suit their political agenda when it comes to shark attacks, but not other things that follow the same pattern, like ‘incidents involving’ rifles.

They want to change a “shark attack” to merely a “shark bite” because it might hurt the feelings of sharks and make people afraid of them. They really hate the phrase “shark attack” and want people to ideally use “shark accidents” instead.

The reporter makes their motive plain: they are “safeguarding the future of sharks through positive change,” contends that media reports of shark bite incidents “use highly emotive, often misleading language.”

Here’s what Neuman wrote about the topic:

Shark Week may never be the same again: Two Australian states — Queensland and New South Wales — have softened their tone when it comes to the language of reporting shark attacks, opting for a little more nuance.

From now on, sharks will “bite,” not “attack,” and when humans have a less-than-ideal meeting with them, it will be referred to as an “encounter” or an “incident.”

In case you’re wondering whether this is yet another example of government bowing to political correctness, it turns out that the states are simply falling in line with scientific thinking on the subject.

Anyone listening can tell that the agenda here is to look out for poor old Mr. Jaws and his unfair stereotyping. He’s falsely maligned by fake statistics and prejudiced lifeguards. He lives under the oppressive yoke of having 300 teeth and all the social stigma that comes with it.

The political left has been at war with language for at least a century. There are so many authors and examples here it’s an injustice just to name a few. This war on words is not simply grammarians run amok, it is a way to empower petty people to correct the thoughts and sayings of everyone around them.

The self-appointed PC police get to castigate anyone who runs afoul of the new party line. This party line has grown to an amazing degree. The UK Daily Mail has made a small list. [1] But part of the point of the war on language is that you can never be fully up-to-date on what now allegedly offends whom. The point is not merely to not be offensive, it is to correctly act, think and speak as though you are avante garde with the ruling elites.

As this tendency expands beyond colleges, into the newsroom, it necessarily affects the way people think and talk. Not only is it acceptable to redefine a ‘shark attack’ because of the way it might affect sharks, but it renders all prior renditions of the phrase as unacceptable to modern ears.

By reporting on the topic without giving readers any context of the ongoing culture wars in grammar, which the reporter Neuman even quickly references but gives no further thought to, readers are likely to think that this instance isn’t political correctness, this time it is legitimate.

The rest of the article is meant to legitimize the decision to change the language. No context provided for the struggle over language, and no counterpoint to the idea that there might be wisdom in keeping the language as it currently is, so that it might more accurately capture the terror of someone being attacked by a shark.

Every shark attack necessarily involves a shark bite. Sharks aren’t carrying handguns and don’t engage in carjackings. But that phrase minimizes the obvious terror that someone feels when surprised by a shark, an enormously powerful animal, that can do extreme damage quickly and easily. Reporters can dutifully parrot the party line to say that these are merely ‘shark bites’ or ‘shark incidents’ or ‘shark accidents’ but is that giving the reader the most accurate description of what transpired?

Just as every ‘attack’ is a ‘bite’, every ‘bite’ is necessarily an ‘attack’. The word ‘bite’ focuses on the teeth making contact with the victim, but the word ‘attack’ captures the fact that this animal decided to use its power to try and harm a human being. By minimizing the attack, NPR is misusing a word.

By validating a government decision with nothing but fawning coverage of their decision, they are also engaged in a bit of unbalanced legislative lobbying to validate the government’s actions. There may not be many sources willing to publicly state that they want to exterminate sharks, but there would be plenty willing to defend the conventional way to describe a shark attack, and NPR willfully chose to ignore that reasonable position in this unbalanced story.

One thing the story does get right, however, is noting how few people are killed by sharks worldwide, an average globally usually in the single digits. Now that number is a little misrepresentative because there were, just in the US, 1657 unprovoked shark attacks in the past year. [2] In Australia, 904 unprovoked attacks. [3]

By focusing on fatalities, NPR is giving the reader with a misleading idea about the scale of the problem on purpose. This is more statistics abuse. It’s similar to the way in which the media typically lumps together suicides with homicides in order to generate the politically useful phrase “gun violence.”

Imagine if they used the same standards and same tricks to denigrate sharks that they do gun owners, they would call it “shark violence” and insist that provoked, unprovoked, and fatalities all be lumped together and that we need strict shark control now. Kamala Harris would be pulling out shark teeth with pliers and ‘getting tough on ending this surge in shark violence.’ She’d be demanding to know why anyone needs more than ten teeth for a bite?

Left-wing reporters and outlets like animals that kill, and hate humans who self-defend, so we get more twisted language in lieu of consistency however. Or said more artfully, if the media didn’t have double standards, they’d have none at all.