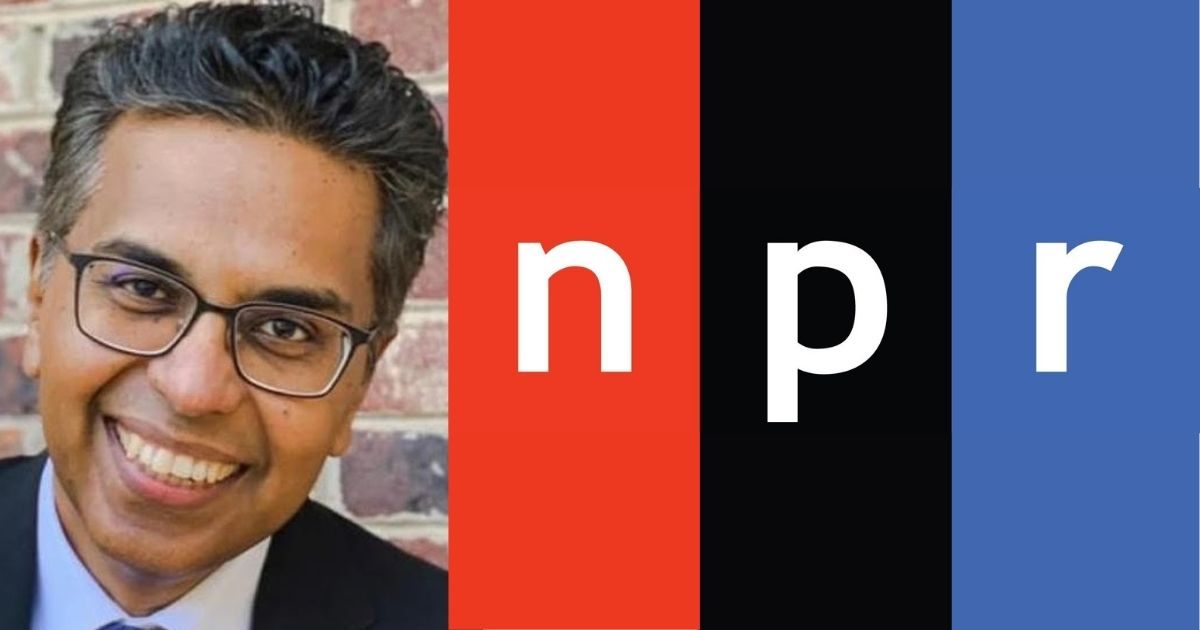 NPR’s Saeed Ahmed writes about ‘mass shootings’ by just giving the basic details about the bare statistics. It’s not hard to discern what he’s trying to do: push an anti-gun agenda by removing any context or clues as to the reasons for these shootings or their actual causes: he has removed context so that we only see the common denominator of the firearms involved.

This is manipulative and cheap, and while it may suit the ethics of National Public Radio, it should be condemned in journalism as effectively ideological advocacy at the expense of news, of conveying information in any reasoned, objective way, that provides balance and informs rather than indoctrinates.

By listing out all the gun violence this week, readers are effectively denied any reasonable details, and the victims discussed are treated very impersonally rather than given any respect.

There Have Been, On Average, 10 Mass Shootings In The U.S. Each Week This Year

A “mass shooting” is defined as one where four or more people were shot, regardless of whether they died or not. This is not a standard definition, and you can note here that another left-wing outlet, Mother Jones, defined it as four or more deaths back in 2012. [1] It’s hard to imagine what information is relevant or common to that group of victims regardless how you define it as four or more wounded or four or more dead. The United States has 332,000,000 people in it. [2] There are roughly 86,000 people each year who are shot in one form or another each year, excluding suicides. [3] By comparison, one non-profit claims there are 735,000 rapes or attempted rapes of some sort each year. [4] The FBI claims 1,200,000 violent crimes happened in America in 2019. [5]

Imagine a similar story using those crimes and victim profiles. A story that just says there are 23,076 violent assaults this week in America, and here are the locations and numbers of victims. You would naturally ask whether this was relevant, whether it was perhaps missing context, and whether it’s journalistic value was near-zero.

It is a common left-wing narrative device to depersonalize crime, so that only inanimate objects and historical forces are crashing into one another. Instead of a criminal defendant killing a victim, it is another ‘instance’ of ‘gun violence’ where the gun chose a victim and ‘gun rights’ subsequently tragically happened.

This is a weird and insane way to look at crime and violence.

Ahmed even tells us where he’s getting his perspective on the topic: from predictable left-wing organizations. He is pushing the press releases of ideological pressure groups:

The tally comes from the Gun Violence Archive, which defines a mass shooting as an incident in which four or more people are shot or killed, excluding the shooter. The full list can be found here.

Ahmed even admits this story is barely newsworthy:

While a rise in gun sales and divergence of some public health funding could be linked to the spike in gun violence in recent months, experts say it can be a challenge to isolate any single cause.

If there are more than a ‘single cause’ then it deserves a longer article. If there are multiple causes, you would think Ahmed could at least offer two or three that might be most prominent. If gun violence has a cause, surely the experts could give us a few highlights as to why it happens. But modern reporting is often less about informing than it is about preaching and politicking, and in the next sentence Ahmed admits his advocate role pushing for specific legislation. We call this legislative lobbying and it’s really inappropriate for a journalist to be pushing a story solely toa advance a specific bill, since that means his role is almost indistinguishable from that of a paid lobbyist.

All lobbying is usually about restricting someone’s rights, and often simultaneously begging the government to give a special interest money they couldn’t get legally. Here, Ahmed manages to do both in one paragraph, and still try to pretend to be objective.

Here’s the basic story structure for trash journalism like this:

It’s designed to give the reader anxiety and an urge to join the identified special interest and pressure group in their moral crusade to stop the identified policy position.

As you might have imagined, this isn’t really ‘journalism’ because there aren’t facts and information being conveyed, it’s simply a manipulation of the emotive chemicals in one’s brain that the writer desires to provoke in readers. There is no greater understanding of the issue. There are no new facts, perspectives, or challenging opinions.

It’s the height of irony and arrogance merged that this outlet hosts a radio program called “All Things Considered” when their publication steadfastly refuses to consider any viewpoint to the right of Chairman Mao.

The rest of the article is every ‘mass shooting’ that happened the past week.

The writer, Ahmed, then goes city by city providing almost no context or narrative for the individual stories. There is no unifying narrative except that guns are bad and people are being hurt. This is of course meant to convey in the reader that the common denominator is guns, and ‘something needs to be done’ in order to stop this violence, as if gun control were prima facie the only way to stop violence.

Here’s an example of the city-by-city rundown:

Detroit
Four people were shot in an alley behind a building early Saturday morning. Their injuries were non-life threatening.

Ahmed provides a link to the situation he’s describing. Here is the linked article. [6] As you can see, the details are non-existent and there isn’t even a suspect involved. So again, what’s the point of this collection of facts? What can a reader take away from such non-existent facts?

And there are facts that would compete with this basic narrative, specifically about the instances of defensive uses of a gun. None of those facts are included, none of that context provided.

An important and critical omission in this reporting is how many defensive uses of a gun were used in the same time period. Experts disagree on the number of defensive uses, but the range in those estimates is, at the low end, 60,000, [7] and some estimates say that number is up to 2.4 million per year. The CDC later validated the work of criminologist Gary Kleck by coming up with the same number range as he did for the number of ‘Defensive Gun Uses’ per year. Roughly 24% of defensive uses involved the discharge of a firearm.

Even NPR, when trying to debunk the idea of defensive uses of guns, admits by citing to the Washington Post, that the number is at least 100,000 defensive uses per year. [8]

The Post notes that “a more reasonable estimate” of self-defense gun uses equals about 100,000 annually, according to the NCVS data.

That means, of course, that a gun was defensively used 1923 times each week. That powerful statistic and counterpoint appears nowhere in the NPR story.

And there’s also no accounting for whether there were cases in which a person with a gun, using it defensively, was able to stop a mass shooting by stopping it after three murders or less.

There’s quite a bit wrong with this story and its underlying frame and agenda.

If you look through Ahmed’s biography, he doesn’t hide his left-wing racially-based advocacy and certainly embraces a wider reputation than just merely his bylines and articles. [9] Reporters like him aren’t concerned with appearing neutral to all sides, but of showcasing their office virtue as more important than their alleged journalism.

This is what he says in his own self-written biography:

“But more than anything, I like to believe I’m a matchmaker of sorts for minority journalists. I have made it my mandate to identify, nurture and place BIPOC and LGBTQ writers and reporter in newsrooms across America.”

It’s good to be inclusive, but his specificity here seems as though he’s posturing more than he’s reporting. And when reporters are compelled to virtue signal like this in their own biographies, it should likely signal they’re willing to signal through their reporting and by being similarly biased in their reporting.

If ‘more than anything’ he is promoting and placing people in newsrooms based on their sexuality and race, more than even his attachment to journalism or his readers, then this person shouldn’t be treated as a serious journalist, ever.