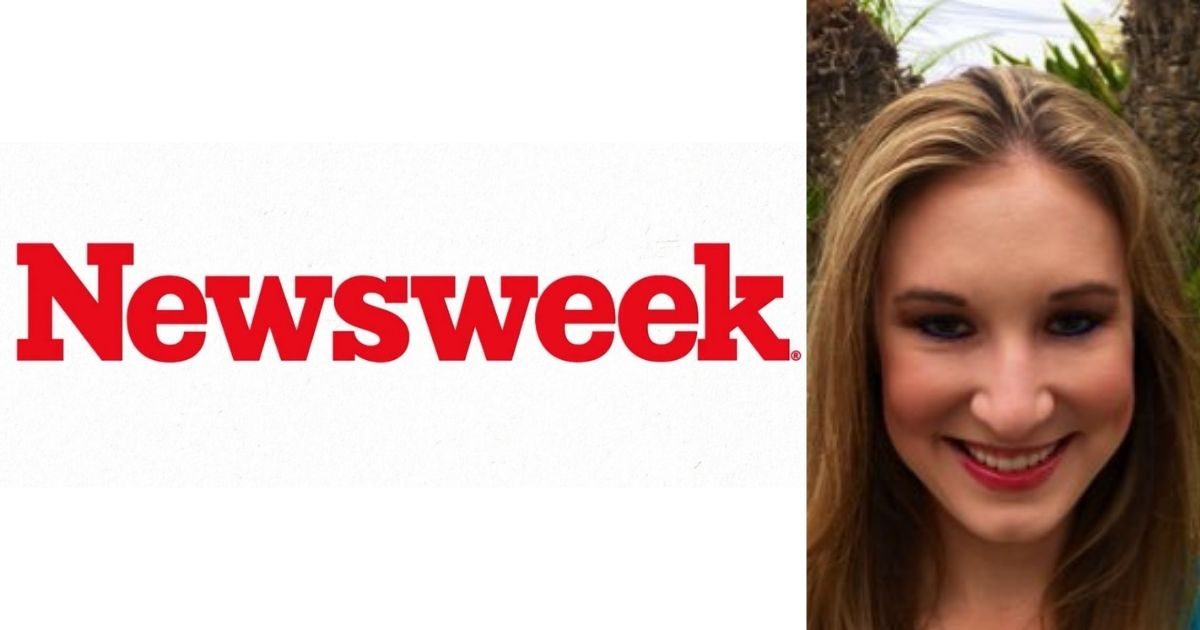 It is hard to imagine an example of pernicious media bias better than this trash article by Meghan Roos at Newsweek. It starts and leads with an uncritical recitation by Rep. Maxine Waters of unproven, unsourced, illogical conspiracy theories about the Trump campaign directing the January 6th Capitol protests. After four months, none of this information has come to light, and so we can clearly see that this was just trash partisan invective being reported as ‘news’ by a bad journalist at an outlet with zero standards.

Trump supporters are now regularly referred to as “domestic terrorists” in the media because they chose to support a moderate Republican President who promised to cut their taxes, stop fighting foreign wars, and would daily troll the liberal media on Twitter. For that crime, these people, whose crime is their opinion and their voting patterns, are slimed, smeared, and abused daily.

Meghan Roos continued and amplified these baseless smears by giving her entire article over to Rep. Maxine Waters, a notorious Member of Congress from California.

Waters lacks any credibility on this, or any other issue, given her repeated statements, ramblings, and threats over the years. [1][2][3][4]

After listing some of the threats she has dealt with at her California office over the years, Waters shifted to discussing the source of the January 6 threats and told The ReidOut’s Joy Reid that Trump “had advance planning” of the Capitol invasion.

Waters has no evidence to support this bold claim, and Roos asks none of her to write the article. Roos doesn’t even bother to point out that Waters clearly presents no credible evidence to this claim.

Meanwhile, Waters brags that she “threatens Trump supporters all the time.” [5] She encouraged people to harass and use low-level violence against Trump Administration officials. [6]

Waters herself was chastised for encouraging political violence around the Officer Derek Chauvin trial, who was later convicted of murdering George Floyd in Minneapolis. [7] Violent crime has surged ever since, perhaps aided by the feeling that the political power structure now encourages violence as a means to gain political power. [8]

Another outlet did a nice job highlighting the left-wing media hypocrisy around Rep. Waters’ statements, by using her statements and applying them against left-wing politicians. [9]

The ensuing outrage was muffled when it was pointed out that Waters was the one who actually made the statements against the right. pictured: Maxine Waters. Incidentally this is also the expression I make when reading Newsweek.

Democrats had to step in and stop the censure motion against Rep. Waters for encouraging political violence. [10]

Congress has 435 Members in the House, but Roos decided to find this one to complain about the January 6th protest.

All politicians receive threats and impolite, untoward statements from constituents. Part of being an American is being able to tell a politician to go f*** themselves. But only the left gets to normalize it from its own leaders, and never suffer a consequence for the action. [11]

Courts recognize that there are threats that are not meant to be taken literally: political statements and similar puffery, and of course jokes. A ‘true threat’ is one where the reasonable person would expect imminent harm. On that basis alone, Rep. Waters’ statements should be discounted, dismissed, and marginalized as partisan posturing.

Instead of using common sense, Roos makes Rep. Waters out to be a wannabe prosecutor:

Congresswoman Maxine Waters of California said former President Donald Trump initiated the riot at the U.S. Capitol Building on January 6 and that he should face premeditated murder charges for the lives lost in the day’s violence.

Waters, who represents California’s 43rd District in Los Angeles County, discussed during a Tuesday appearance on MSNBC‘s The ReidOut how she felt “lucky” to be locked in her office amid the riots. Even so, Waters said she has faced threats for years and can relate to the fear that Rep. Alexandria Ocasio-Cortez felt on that day, which the New York congresswoman detailed in an Instagram Live earlier this week.

“Because I took on this president early, I called for his impeachment early, I have been threatened time and time again,” Waters said.

Intentional murder that was planned in advance of the actual act of killing the victim.

Did Trump know that Babbitt would be executed by unnamed Capitol Police officer? That’s what premeditation means: that the person knew in advance what would happen.

But white liberal reporters don’t dare criticize esteemed elite black legislators, so Newsweek and Roos will redefine words and twist quotes rather than point out that Maxine Waters is illogical, reckless with her words, and indulging partisanship so gratuitously that she is not a legitimate source for news quotes.

It’s quite the smear, though, for Reporter Roos to blame the entire assembled crowd for the “resulting violence” when one of them gets shot and killed by the police. Here’s the linguistic gymnastics Roos uses to get that point across:

We now know that Brian Sicknick did not die from protesters. [14] Many knew even at the time that the Sicknick death story was bogus. [15][16] The other deaths referenced, four civilians, [17] were:

Are standards so low in ‘journalism’ that we need to write out and discuss why this is fundamentally dishonest and a misrepresentation by Newsweek’s Roos to list these four as having “died in the violence that ensued”? Or of the absolute dishonesty in blaming two suicides weeks later on the Capitol protesters?

If Reporter Meghan Roos cared about accuracy she would have posted a correction to this article within four months, but then again if she cared about that she probably wouldn’t be writing for Newsweek.