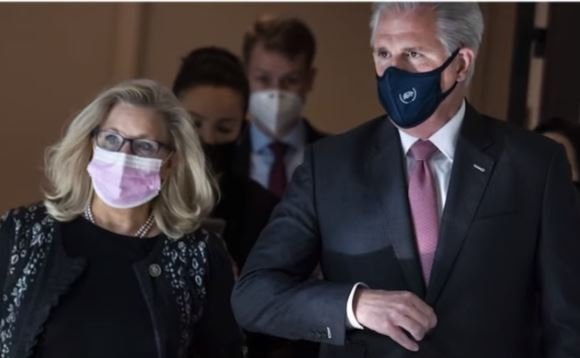 As the Marxists march for complete control over the American people Kevin McCarthy diddles.

After daily attacks on President Trump and his voters, Anti-Trumper Rep. Liz Cheney was finally ousted from her position as the third most powerful Republican in the US House of Representatives on May 12th.

It took GOP Leader Kevin McCarthy over SIX MONTHS since the election to remove this loudmouth Never-Trumper from her role in the House Republican Caucus.
That’s just weak.

Now a new poll finds that Kevin McCarthy’s weakness is catching up with him.

Pollster Richard Baris released the results on The War Room on Thursday.

“Americans cannot stand them,” he said.