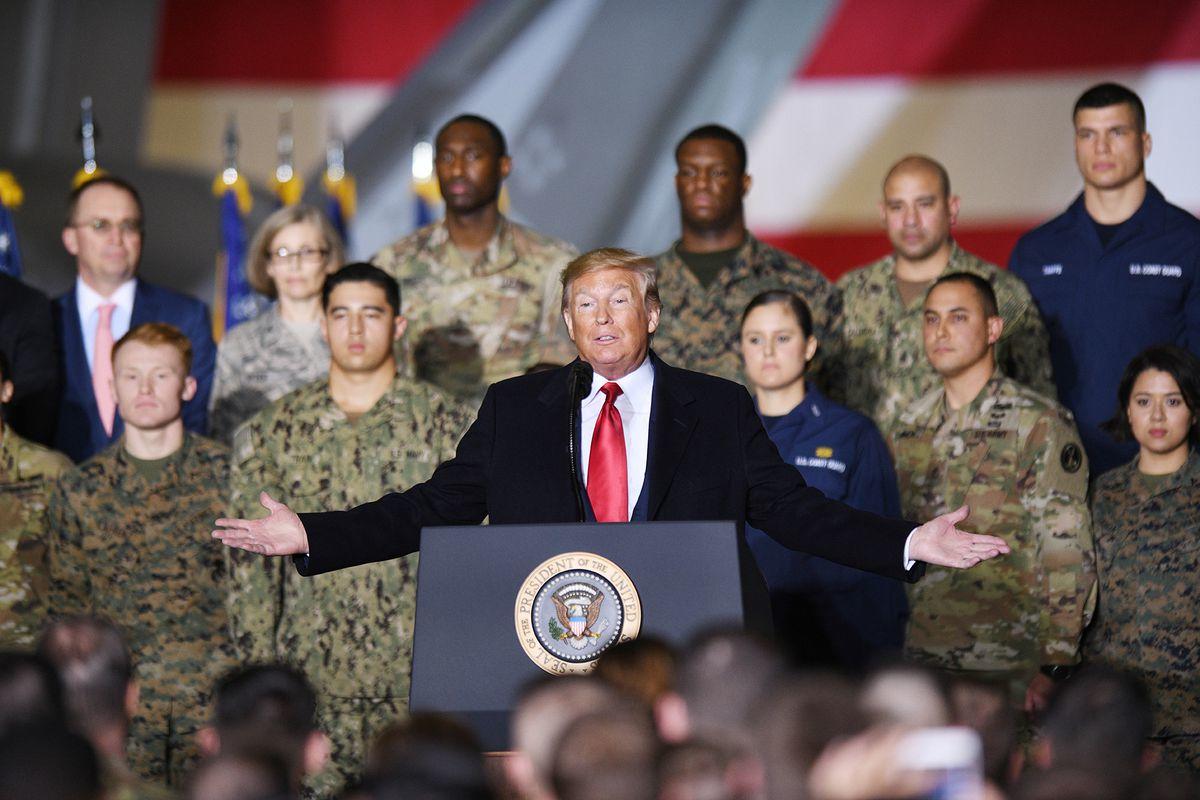 Authored by Dave DeCamp via AntiWar.com,

The version of the National Defense Authorization Act (NDAA) agreed to by the House and Senate, known as the compromise version, includes provisions to block President Trump’s planned troop withdrawals in both Afghanistan and Germany.

For Afghanistan, there is language in the bill that would block funding to reduce troop numbers in the country before the Pentagon, State Department, and the director of national intelligence assess how the drawdown would affect US security. The assessment would be required before troop numbers could drop lower than they are when the NDAA becomes law, and again if they drop below 2,000.

President Trump’s current plan is to bring troop numbers in Afghanistan down to 2,500 by January 15th. The US-Taliban peace deal signed in February paved the way for all US and other foreign forces to be out of the country by Spring 2021.

Another troop drawdown President Trump’s Pentagon is planning is a reduction of forces in Germany from about 36,000 troops to 24,000. Congressional aides told The Hill that the compromise version of the NDAA includes language that would block the drawdown.

“There is language that prevents reduction in the number of US forces stationed in Germany below 34,500 until 120 days after the secretary of Defense submits an assessment and planning regarding the implications for allies, costs, military families, deterrence and other key issues,” one of the aides said.

The provisions to block Trump’s withdrawals could add to the controversy that is already surrounding the NDAA. On Tuesday, President Trump said he would veto the spending bill if it did not include an amendment to repeal Section 230 of the 1996 Communications Decency Act.

Section 230 gives tech platforms immunity from liability for content published by third parties. Trump doubled down on his call to include the provision in a tweet on Thursday after some Republican senators voiced their objection to the idea.