MUST SEE: Mom From Soviet Union Destroys Marxist Critical Race Theory: This “Equity For All” Propaganda “Quickly Ended With Nothing To Eat” 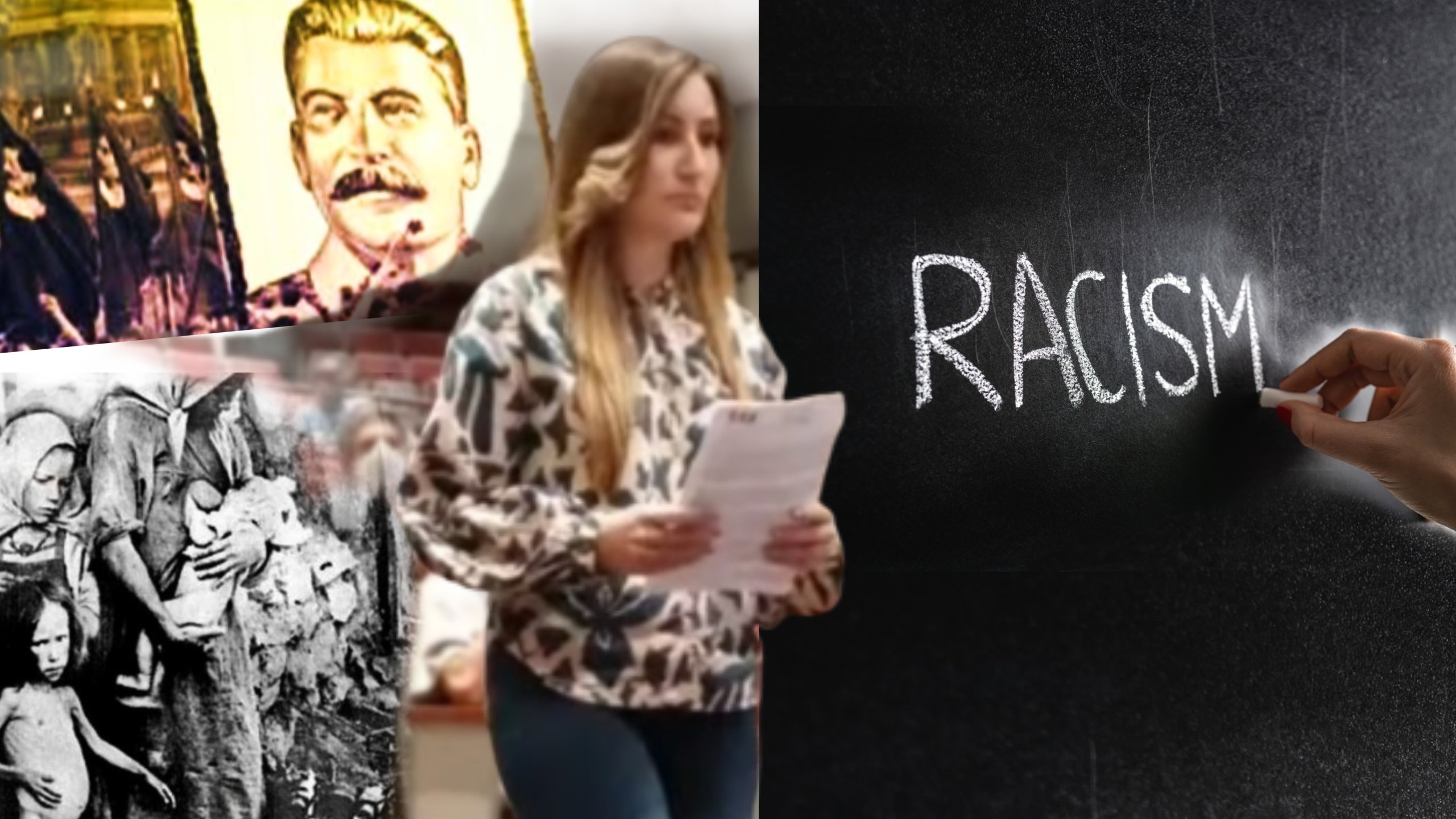 A young mother born and raised in the Soviet Union blasted critical race theory as ‘racist’during a Bedford Central, New York school board meeting — arguing that it is “actually a tyrannical Soviet ideology” that results in mass starvation and has killed millions of people worldwide.

Under the guise of good intentions, compassion and love for minorities and those discriminated against, the Critical Race theory and “equity for all” curriculum is marching society towards communism, the mother of three argued in a 3-minute rebuke of the school board on Wednesday.

“The proposed ‘anti-racist program’ is just a prettier name for racial Marxist teaching. You don’t need to sugarcoat it for me. I lived it. Same methods, same vocabulary, same preferential treatment to certain groups,” she lamented. “That’s why equity is packed with good causes like ‘diversity’ and ‘inclusion,’ so nobody can challenge it. But, I know.”

When socialists refer to “equity for all” what they actually mean is equal impoverishment for all, the woman explained.

“Ask me how I know? I was born in Soviet Union and my family has seen it all. Suffering first from Nazi and then from tyrannical Soviet ideology. Back there, what started was ‘equity for all,’ quickly ended with nothing to eat for my people. And now my family is here because of it — because ‘equity’ does not work,” she said. “We did not come here for a blanketed synthetic equity. We had enough of that one. We came here for equal opportunity under the law and freedoms in this country. Soviets extinguished all the excellence and opportunity.” The woman excoriated the school board and student committee for proposing students be assigned less homework to students and attempting to dismantle AP classes  in the name of “fairness.”

“Equity” is code for communism and “mindboggling sameness,” she doubled down.

“They told us they were advocates for equity and enemies of privilege, people believed this, and we paid the awful price. This ideology killed millions of people worldwide. And now you’re bringing it here to indoctrinate our own children,” she said. “Equity was just a tool used by communists to make sure everyone was equally poorly educated so people didn’t question authority. While in definition it was about fairness, in reality, it means same outcome – nobody excels, mind-boggling sameness. The key tactic is to remove all the incentive and motivation to succeed for all the students.

“Is this why the Student Committee is proposing less homework and audit of AP classes? Why are you trying to demotivate students and lower the standards instead of directly helping underperforming students? That’s exactly what ‘equity’ means – in reality, making everyone mediocre.”

Switch the school district, but “never switch on the American dream,” she concluded.

“This is not a Bolshevik Central School district in Soviet Union. This is Bedford Central school district in the United States of America. I lived in Siberia. I switched continents because of equity. I can and I will switch the school district if the equity gets pushed,” she concluded. “But I will never switch on American dream and equal opportunity, the only system in the world, that lifts people up, gives second chances to people like me, motivates and brings the best in the people regardless of race and ethnicity. I lived it and you don’t need to tell me what is equity.”

A growing number of parents like Milena are banding together to finally put stop to it. Her comments came just days after Florida Gov. Ron DeSantis successfully lobbied the board to block critical race theory from schools.

The anti-Western civilization “Critical Race Theory,” a “multicultural” curriculum that alleges white people are oppressors and to blame in perpetuity for racism, sexism, homophobia, environmental destruction, and segregation has been taught in classrooms for a long time.

But now, as debilitating “woke” political correctness sweeps the nation, teachers are more forthright about what is being taught, rather than subtly indoctrinating the kids with communist propaganda. Insidious CRT training has not just become mandatory training in public schools. It has managed to sneak its way into the U.S. federal government, military, and corporate training programs.

Hundreds of military whistleblowers say they are being forced to receive “anti-American indoctrination” training, including critical race theory. Last month, A U.S. Space Force commanding officer was removed from his post after publishing a book that warned of the spread of Marxism and critical race theory in the military