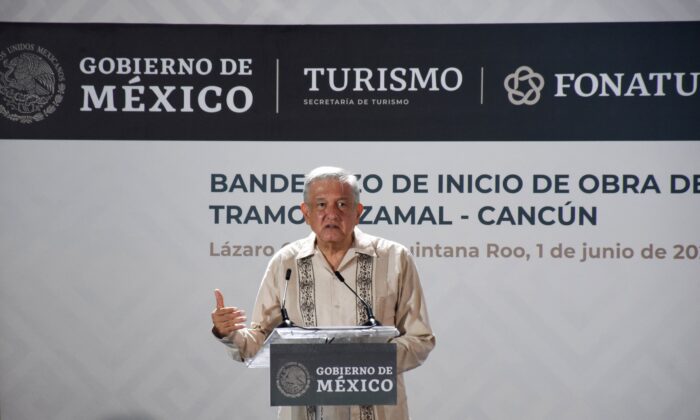 MEXICO CITY—The body of a missing Mexican congresswoman from the western state of Colima has been found in a hidden grave more than a month after armed men abducted her, President Andrés Manuel López Obrador said on June 3.

López Obrador expressed his condolences to the family of Anel Bueno, a 38-year-old legislator from his Morena party.

Armed men took Bueno on April 29 while she was promoting health measures to prevent the spread of the CCP (Chinese Communist Party) virus in Ixtlahuacán, Colima.

During a morning news conference in Campeche, along Mexico’s Gulf coast, the president said her body had been found Tuesday and that one suspect was in custody.

The Colima state prosecutor’s office had not yet commented on the discovery of her body.

“We still don’t know the causes, just that there is someone in custody and there is already a statement about who was responsible,” López Obrador said.

Local press had quoted the lawmaker’s mother as saying that the family waited more than two weeks to speak publicly on recommendation of the Attorney General’s Office.

Colima has faced a high level of violence due to organized crime in recent years, giving it the highest murder rate in Mexico.

Politicians have been targeted before. In 2017 Ixtlahuacán’s mayor, Crispín Gutiérrez, was killed. Last July, the mayor of the port of Manzanillo was attacked with gunfire, but escaped unharmed.