Medical Journal Warns iPhone 12 Can Turn Off Implantable Defibrillators, All “Smart” Devices Can Cause Accidental Arrhythmia 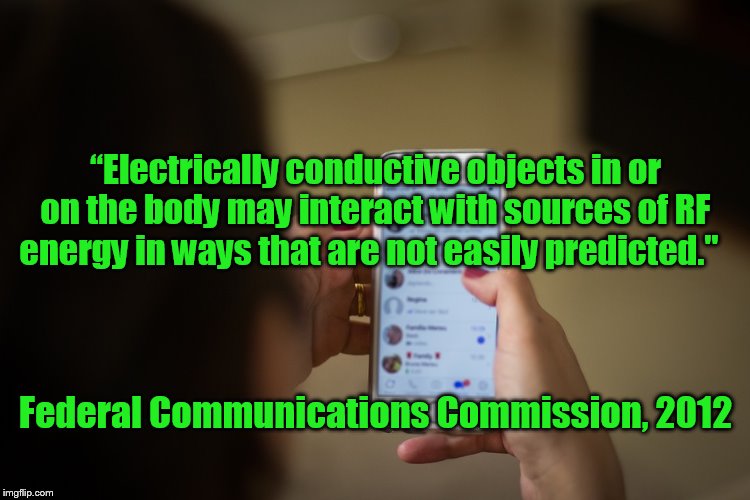 There have been warnings about serious vulnerability issues – including by the Food and Drug Administration (FDA) – associated with medical devices and implants that use Bluetooth, Internet of Things (IoT), and wireless technology (see 1, 2, 3, 4).  Additional warnings were recently issued in a medical journal.

In a recent paper in the journal Heart Rhythm, doctors describe how they turned off the potentially life-saving cardiac defibrillator function of an implanted Medtronic device simply by holding an iPhone 12 near it. The authors had nothing personal against Medtronic, or for that matter, against the new iPhone. The main reason they singled the phone out here was because it is compatible with some of the most advanced new technologies available for various magnetic-based communications and charging.

This technology, known as MagSafe, is basically harmless. It typically integrates charger, magnetometer and NFC reader into a compact package that depends on fairly decent alignment for efficient operation. The problem, at least for Medtronic, is the magnets that facilitate the positioning and docking. The iPhone 12, for example, has a ring of them around its central charging coil. In a nutshell, permanent magnets are never going away, they are simply a perfect solution to many gadget problems. Applications including securing cochlear implant links, joining cables and fastening wristbands now make extensive of use of strong, miniature magnets.

Unless companies like Medtronic get on board and move to smarter device configuration options, they will continue to butt heads with consumer devices—and they will continue to lose. Smarter options don’t have to be expensive; just look at your cheap IR TV remote or ultrasonic receiver-emitter pair. These devices simply work. They use an uncomplicated code to make sure there is no interference from all the other ambient sources that are invariably present. A couple of secure ultrasonic bits superimposed on your basic 40 khz carrier waves is all that is really needed. It is likely that companies like Medtronic are working on solutions like this; for example, a Medtronic programming head of some sort can be had on Ebay at the moment for a mere $34.99.

In the larger scheme of things, having a handy iPhone, iWatch, fitbit, or even JUUL vape pen in your pocket to turn off inappropriate pulses or change stimulation modes is not such a bad thing, considering the alternative. Note that all these devices have accidentally toggled pacemakers. For example, if you have say, a standard issue Medtronic c Implantable Cardioverter Pacemaker or Resynchronization Defibrillator, they don’t give you a tiny pen. Instead, you lug around their giant 3″ diameter,5/8″ thick donut magnet that gives a field of 90 Gauss at 1.5.”

Perhaps now is a good time to look a little closer into what different implantable pacemaker/defibrillators actually do, and why inappropriately triggering them—or not triggering them, as the case may be—is undesirable. Inappropriate triggering is nothing unusual; it is, in fact, the central preoccupation for these devices. In other words, choosing when to force a contraction, or rhythm, and when to let the heart try to take some responsibility. There are different ways to implant, record from, and stimulate an ailing heart. You can do it externally to the heart chambers, inside the atrium, the ventricle, or both depending on the condition or pathology.

For example, with permanent chronic atrial fibrillation you might get by with a single atrial lead, while with intermittent or paroxysmal fibrillation, you likely want dual atrial and ventricular leads. In pacemaker vernacular, common control modes have names like AOO (asynchronous atrial pacing), VOO (asynchronous ventricular pacing), or DOO (asynchronous A+V pacing). More advanced modes, like DDD mode, have additional logical if-then control, something like the following: “dual-chamber anti bradycardia pacing; if atria fails to fire, it is paced. If the ventricle fails to fire after an atrial event (sensed or paced) the ventricle will be paced.”

For the case of the accidental activation by a smartwatch, researchers replicated the misbehavior using a Medtronic Visia AF MRI S DF-1 single chamber ICD defibrillator. In the case of the accidental activation by a JUUL case, a man with a prolonged H-V interval had a dual-chamber Medtronic Evera MRI XT DR DDMB1D1. The reporting authors noted that although in this case, he was fine after reverting to magnet mode and halting emergency stimulation, there is clear potential for unintentional temporary programming and arrhythmic complications with these devices as they stand now.

Whether you have a medical implant or not, there are warnings in the manuals of cell phones, laptops, and other wireless radiation emitting products to NOT carry or hold these devices against the body.  Telecom companies seem to be aware of the risks.  They have warned investors for many years that they could be held liable for harm caused by their devices and transmitters.  In fact, insurance companies rarely insure telecom companies anymore (see 1, 2).  Despite all of this – both telecom and tech companies often advertise unsafe use of their products to people of all ages.  Unfortunately, many businesses do.

There is also an enormous amount of research (government, independent, and industry) that has determined exposure to all sources of wireless radiation is biologically harmful.  It has been the topic of numerous documentary films, broadcast news stories, and articles.  Exposure can cause or worsen cardiac health issues and so much more.

Wireless radiation is emitted by many common sources including

Medical implant wearers have also expressed concerns about 5G exposure affecting their devices.  In 2019, telecom executives gave U.S. congressional testimony that they had NO independent scientific evidence that 5G is safe.  There is research that has determined it isn’t.  Cities worldwide AND entire countries have taken action to ban, delay, halt, and limit 5G installation AS WELL AS issue moratoriums due to health, safety, environmental and economic risks.

Doctors, scientists, and telecom whistleblowers support a petition to boycott 5G phones.  Despite increasing 5G opposition from a variety of sources (including utility companies concerned about electromagnetic interference with their infrastructure), deployment continues where it hasn’t been banned.  If you’re concerned about 5G being installed near your home and throughout your community, EMF Experts is offering a free online tutorial on how to locate 5G towers.