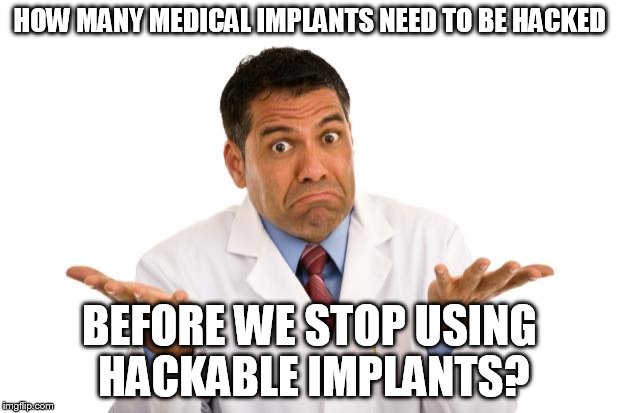 There seems to be no shortage of bizarre and terrifying reports about “smart” and wireless devices – including utility “Smart” Meters and medical devices – being vulnerable to cyberattacks (see 1, 2).

At least one video has been posted online that demonstrates how to break into a smart home with a laser. More about laser based hacking was recently reported by Threatpost:

The team that hacked Amazon Echo and other smart speakers using a laser pointer continue to investigate why MEMS microphones respond to sound.

Imagine someone hacking into an Amazon Alexa device using a laser beam and then doing some online shopping using that person’s account. This is a scenario presented by a group of researchers who are exploring why digital home assistants and other sensing systems that use sound commands to perform functions can be hacked by light.

The same team that last year mounted a signal-injection attack against a range of smart speakers merely by using a laser pointer are still unraveling the mystery of why the microelectro-mechanical systems (MEMS) microphones in the products turn the light signals into sound.

Researchers at the time said that they were able to launch inaudible commands by shining lasers – from as far as 360 feet – at the microphones on various popular voice assistants, including Amazon Alexa, Apple Siri, Facebook Portal, and Google Assistant.

They broadened their research to show how light can be used to manipulate a wider range of digital assistants—including Amazon Echo 3 — but also sensing systems found in medical devices, autonomous vehicles, industrial systems and even space systems.

The researchers also delved into how the ecosystem of devices connected to voice-activated assistants — such as smart-locks, home switches and even cars.

Hardwired devices are safer and more secure. In fact, experts warn that hackers can even start fires on computers, phones, and other power supplies. 5G and Internet of Things (IoT) technology is extremely vulnerable as well (see 1, 2, 3).

Wireless and “smart” devices also emit harmful Electromagnetic Radiation (aka “Electrosmog”) and exposure affects animals (see 1, 2) insects, people, and plants. Some will tolerate this better than others. For those concerned about any or all of the above, wired technology seems to be the safer option.