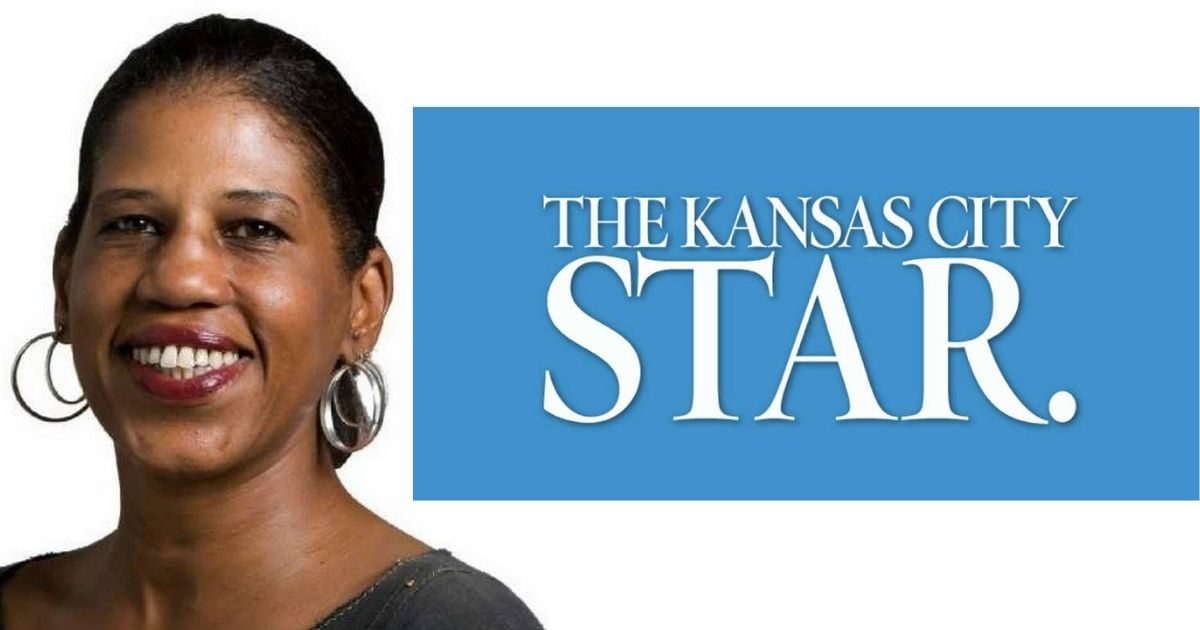 Equality is not really what left-wing activists want, even if they may say that is what they want. They want their agenda, and when it comes to race, they are unapologetic about it. KC Star writer Mara Rose Williams wants white men to shut up, she wants to use her platform to silence the racial majority, but only their men.

If you were to replace the nouns, I think even alleged white racists wouldn’t say they are trying to silence black men. It’s a pretty audacious thing to verbalize: silence my racial opponents. If you were to write out the logic for doing so, no reasonable outlet in the country would allow you to broadcast those views. The KC Star, however, let Williams write out this logic in an article.

Perhaps there’s merit to this argument, but you wouldn’t know from her article which was filled with logical failures, lies, and factual errors. From saying that ‘white men run everything’ to blaming Trump for the shootings at an Atlanta massage parlor, Williams writes nonsense with the kind of reckless abandon that ought to award her tenure at a small liberal arts college.

Here’s the headline on this gem:

Hey, old white men, y’all run everything. It’s time for some others to take the lead

You can almost hear the sneer in her voice as she says “white.” You can tell that this article is going to be a pretty good smear of whites, based on the premise of collective guilt.

And let’s consider whether “old white men” run “everything.”

Now, admittedly, “everything” is necessarily broad. Let’s confine ourselves to just Kansas City, where Williams lives and works.

The Mayor of Kansas City, Missouri is Quinton Lucas, a black man. [2]

The City Council of Kansas City, Missouri, has 12 members. 4 appear to be white men. There appear to be 2 black men and 2 black women, the same number as white men on the Council. [3]

Of the 7 members of the Kansas City school board, 4 are black, 1 is hispanic, and there are 2 white women. [4]

The Sheriff of Jackson County is Darryl Forté, a black man. [6]

The Chief of Police in Kansas City, Missouri is Richard Smith, a white man. [7]

The Missouri Governor is Mike Parson, a white man. [9]

The five biggest companies in Kansas City, Missouri [10] are: Lockton, an insurance company, is a global company but its Kansas City office is run by Joseph Agnello, a white man. [13]

Kansas City Southern, the train line, is run by Patrick Ottensmeyer, he appears to be a white man. [14] The 9 board of directors have 3 women, the rest appear to be white men.

The Carondelet Health Network is run by CEO Monica Vargas-Mahar, a hispanic woman. [15][16] The 13 member board appears to have three white men. [17]

The Editor of the Kansas City Star is Mike Fannin, a white man who appears sufficiently liberal from his social media posts. [18]

The Publisher is Tony Berg, a white man who is a Vice President for the corporate owner of the Star, McClatchy. [19] Berg’s predecessor was Mi Ai Parrish, a Korean woman, who left on her own terms according to the KC Star. [20]

So, let’s recap: white men do not control the Kansas City Mayor’s office, they are 1/3rd of the City Council, absent completely on the school board, unrepresented among the County Executive or Sheriff of the County or the Congressman.

White men are the Chief of Police in Kansas City, the Governor, the Hallmark Corporation, an Insurance company, a train company, and… the Kansas City Star.

If there’s any industry that appears to be solidly controlled by white men in Kansas City, Missouri, it is the Kansas City Star. The relevant white men were clearly able to trick the prior Publisher, a Korean woman, into giving up her enormous power in that position and going elsewhere. So do white men run ‘everything’? Nope. Only regional liberal newspapers, a greeting card company, insurance companies, and they run the choo-choo trains.

I can’t stress this painful leftist irony enough: the one place in Kansas City where it’s clear that ‘white men run everything’ is the outlet that published this trash in the first place. Everywhere else, the White Power Structure™ seems to have been broken in half like a Kulak in 1937.

Just as military generals always end up fighting the prior war, so do political activists fight the power structure they invented in their memory, detached and divorced from reality. There is no White Power Structure™ that is talking too much to people like Williams and shopkeep Nguyen. But they still want to be chic and trendy and smear the hated group of the moment: whitey.

Here is how Williams thinks White Devils™ AKA the White Power Structure™, should stop oppressing minorities:

When Kansas City coffee shop owner Jackie Nguyen spotted the sticker reading, “I’VE HEARD ENOUGH FROM OLD WHITE MEN,” during a shopping trip earlier this month, it made her chuckle because with light humor it spoke to the lack of diversity and inclusion seen in the highest places of power in America.

So she bought it. And, after checking with customers and friends who said it was not offensive but was something they too believed, she displayed it at her Vietnamese coffee shop — Cafe’ Ca’ Phe’ — in Kansas City’s West Bottoms.

Nguyen, a reluctant community activist, became known throughout the city after she joined others and organized local “Stop Asian Hate,” rallies following the killing of Asian workers at Atlanta-area spas and a string of anti-Asian attacks across the country.

The rise in attacks on people of Asian descent corresponded with rhetoric from former President Donald Trump and other political leaders who blamed China for the coronavirus pandemic. As if lies he told early on, like “It’s going to disappear. One day, it’s like a miracle — it will disappear,” bore no responsibility for the more than 500,000 deaths. Pay no attention to the old white man behind the curtain, who still thinks he’s the Wizard of Oz.

Here’s the logic: If only whitey would shut up, then all this anti-Asian violence would just stop!

So, let’s recap this tortured logic: 1) Asian shopkeep in Kansas City buys sticker telling whitey to shut up, 2) because sex-starved white guy in Atlanta shoots up a massage parlor, 3) and a bunch of Asians in cities were attacked, in many cases by black males, 4) all because Donald Trump called Corona the China Virus. Clearly he was begging homeless psychotics in NYC to start punching elderly Asian women in the face.

Admittedly, this piece by Williams is an ‘opinion’ piece, but it’s still pretty wildly nonsensical and illogical. And it suggests facts that aren’t connected. Williams is entitled to her opinion, but she’s writing this as though these things are facts. She’s presenting her opinions as facts, and not understanding and clarifying the difference for the reader, she’s being dishonest.

When outlets publish opinions, they can and should screen them for pernicious facts that are incorrect. I could think of a dozen politically incorrect factual statements that the KC Star would never publish in an opinion piece, so why does anti-white hatred using these kind of lies get published?

Donald Trump’s tweets did not cause black males in New York City to attack elderly Asian grandmas. That’s not an opinion or somewhere that has any room for varying opinions.

There’s no evidence the Atlanta massage parlor shootings were racially-motivated. [22] Any statement that they were linked to race should necessarily mention that, and should overcome that presumption with facts.

None of these things justifies the core racism of her bumper sticker: telling one racial group to ‘shut up’ because they have heard ‘enough’ of their opinions. That statement should be roundly rejected as racist no matter who is on the receiving end, and who is on the speaking end.

It’s worth noting that modern left-wing theory holds that only minority groups, whom they deem historically oppressed populations, can even experience racism. Thus the concept sometimes called “reverse racism” is, in their view, literally impossible. This is a reduction of individual experience to only group collective experience, and I think most people, of all races, would disagree with this interpretation. But these extreme-left shibboleths, enforced by academics and pundits, are enforced throughout modern journalism to say that someone cannot be racist against whites.

As “race relations” goes down in the polls steadily since 2013, [23] and nearly halved since 2004, it’s sad that articles like this are out to promote more division and hatred. Williams is entitled to her destructive opinions, but not her own facts.