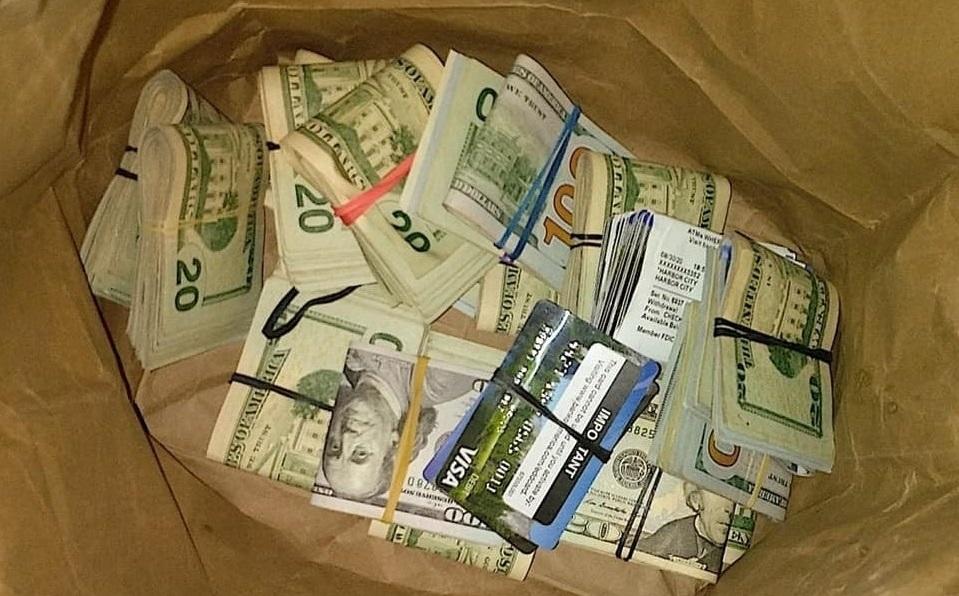 In September, we noted how California saw a staggering 72% decline in Pandemic Unemployment Assistance (PUA) applications after the state started cracking down on suspected scammers.

Yet despite the state’s efforts, Bank of America on Monday estimated that fraud in California’s unemployment benefits system could total $2 billion across 640,000 accounts which have exhibited suspicious activity, and which should be investigated according to the LA Times – which adds that this is “the highest estimate of fraud yet in a system that has paid $110 billion since the COVID-19 pandemic triggered a wave of joblessness in California beginning in March.”

Red flags include claims filed in the names of infants, children and centenarians – along with people living in other states, according to a bank official.

Fraudsters typically apply for unemployment debit cards under false pretenses, then immediately withdraw the funds via ATMs as soon as they hit the accounts, officials told Patch.com in September.

“Due to the pandemic, we have seen a dramatic increase in unemployment fraud through EDD,” the Torrance Police Department told Patch, adding that they saw an increase in EDD debit-card scams in September.

“It is outrageous,” said Jon Coupal, president of the Howard Jarvis Taxpayers Association. “We understand that there was an effort to push as much money into the economy as possible but there has got to be some controls. Here it is like they have opened up a bag of cash in the middle of a tornado and hoped that it ends up someplace where it is supposed to be.”

BofA arrived at their estimates after working with the state Employment Development Department (EDD) to institute various fraud prevention measures designed to detect fraud, according to the bank’s director of California government relations, Brian Putler.

“As a result of these efforts, we have identified more than 640,000 accounts for EDD to evaluate as to whether they are fraudulent and the associated card should be frozen or account closed,” he said, adding “Our assessment is that there is activity consistent with fraud in those accounts on the order of approximately $2 billion.”

Putler noted in a letter to lawmakers that while other states experience unemployment fraud, “The scale of program fraud in California is unique.”

The accounts identified as suspicious include 76,000 benefits cards sent to people in states that do not border California, which are deemed more likely to involve fraud than adjacent states that might temporarily host out-of-work Californians.

The bank said there were also “numerous cases” in which multiple cards, including hundreds in some instances, have been sent to a single mailing address.

Other issues identified include multiple cards using a common contact phone number or address, and benefits issued to infants or children as well as centenarians or other elderly people not likely to be working, Putler wrote.

He said the scope of potential fraud is coming into better focus from an examination of 345,000 debit cards already frozen because of suspicious activity. –LA Times

The assessment was conducted after the BofA CEO Brian Moynihan received a letter from 59 state legislators seeking answers on the question of fraud in the system run by the EDD following the freezing of 350,000 debit cards over suspicious activity. Apparently flood of legitimate customers who had their accounts frozen swamped lawmakers, who in turn wrote to Moynihan on Nov. 24.

News of the suspicious accounts comes just days after California officials admitted that $400 million in unemployment benefits were improperly paid to people who filed under the names of prison imates.

A group of nine district attorneys warned Gov. Gavin Newsom last week that they have received unverified information that some $1 billion in benefits has been paid on claims filed by people outside the state, including claimants outside the country.

Putler warned lawmakers on Monday that the fraud problem has implications far beyond the loss of taxpayer funds.

He cited conclusions by third-party security experts in the U.S. that organized crime rings may be using unemployment funds to support other criminal enterprises, including illicit arms purchases and terrorist activities. –LA Times

Bank of America, meanwhile, has beefed up its staff to handle EDD claims, and has proposed that a dedicated call center be funded to help authenticate blocked and frozen accounts belonging to legitimate claimants.

“We share with you and with EDD the objective of ensuring that legitimate claimants get the benefits they deserve while mitigating the impact of the unprecedented fraud being experienced,” wrote Putler.

Responding to the bank’s letter, Assemblyman Jim Patterson (R-Fresno) sympathized with unemployed Californians with frozen accounts, writing: “Identifying fraud must be a priority, but Californians with no income cannot be sacrificed on the altar of incompetence.”