Instead of Arresting Hungry Woman for Stealing Food, Cop Pays for Her Groceries 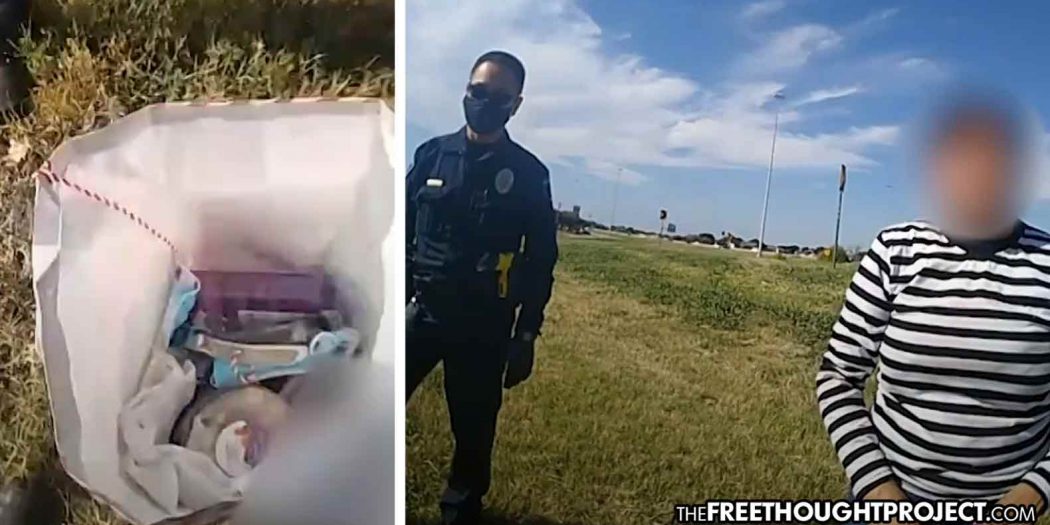 Arlington, TX — Last month, the Dallas-Fort Worth area made national headlines as thousands of people waited up to 8 hours in a miles-long line to get food. Due to the lockdowns and subsequent economic impact, many folks have found themselves having a hard time paying their rent and mortgages, with many others barely being able to afford food.

Some of these folks are homeless, living in tents, trying to do everything they can not to starve to death. To avoid starving, one homeless woman in Arlington resorted to shoplifting food from a local grocery store, so police responded.

The following incident happened on Thanksgiving day, but the body camera footage was only just released. The footage shows how Officer Nick Ghidina responded to a shoplifting call at a local grocery store.

Upon conducting his investigation. Ghidina learned that the woman had stolen several food items from the store. When Ghidina caught up to the woman, she admitted to taking the food and told the officer that she was going through some tough times.

“Are you hungry? Is all of this food?” the officer asked.

“Where are you taking this too?” the officer asked.

Instead of arresting the woman, Ghidina showed compassion for his fellow human.

He then drove the woman back to her tent before returning to the store and paying the store for the food she had taken.

According to NBC DFW, the Arlington Police Department said that it does not condone theft and strongly encourages the public to support our local businesses by paying for the goods and services they provide.

Police said while there will be instances when officers will cite or fine individuals for stealing, but the department applauds Ghidina for using his discretion and showing compassion in this situation.

While Ghidina’s actions were certainly inspiring and should serve as an example for other officers, if a regular citizen tries to feed the homeless in Dallas, they face arrest because feeding the homeless is illegal.

In December 2014, the Dallas city council enacted Ordinance No. 29595, which makes it illegal to serve food to the homeless without jumping through a statist myriad of bureaucratic hoops, including a fee, training classes, and written notices.

One should not need to file multiple forms and pay a fee to obtain a permit to give food to those in need who are willingly ready to accept it.

Luckily, however, there are still good people willing to carry that act out.

The aptly named organization, Don’t Comply, and dozens of volunteers from children to adults alike take to the streets of Dallas several times a year to hand out food, sleeping bags, clothing, and tents to the area’s less fortunate.

As TFTP has reported on numerous occasions, often times, police will swoop in and shut down those who would dare defy the authority of the state and conduct charity without a permit. However, most organizations aren’t like Don’t Comply.

When Don’t Comply takes to the streets to give food and supplies to the homeless, many of the members of the organization open carry their weapons. This is done—not out of an act of intimidation—but merely to assert rights as well as protect them.

The resultant heavily armed group of do-gooders effectively staves off any attempts by police to shut down the charitable efforts.