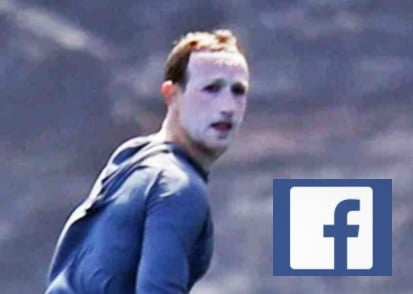 We’ve reported that the Center for Tech and Civic Life (CTCL) passed out millions from the nonprofit entity of Facebook billionaire Mark Zuckerberg and his wife (Zuckerbucks).  This money was passed all over the country and no one knows who it went to and where it was spent.

We found this money sent to Maricopa County in Arizona:

HUGE: Maricopa County Was Given $3 Million of ‘Zuckerbucks’ Before Election But No One Knows Who Received It and What It Was Used For!

The Zuckerbucks were also sent to Georgia’s corrupt Secretary of State Brad Raffensperger:

Not only did millions go to the states but Facebook also censored conservative information from entities like The Gateway Pundit before and after the 2020 election:

The Daily Caller reported yesterday that the Republicans in Congress have finally woke up and decided to ask the CTCL where the money went and how it was spent:

A group of House Republicans sent a letter Monday to the left-leaning group Center for Tech and Civic Life (CTCL), calling on them to explain where the hundreds of millions of dollars they were given during the COVID-19 pandemic went, saying the group spent less than one percent on personal protective equipment (PPE).

The Daily Caller first obtained the letter which was spearheaded by Republican New York Rep. Claudia Tenney who was joined by 13 other House Republicans. The letter mentions that CTCL gave $350 million to nearly 2,500 election officials in 48 states and the District of Columbia in 2020. The lawmakers call on the CTCL to immediately publish their full financial 990s for public review, saying it is the groups legal obligation as a registered 501(c)(3).

“Many state and local entities have reported spending your grant money on expenses as varied and unrelated to COVID-19 as advertising, designing absentee ballots, registering teen voters, automatic voter registration, and even pay raises and new vehicle purchases. An elections supervisor in Lowndes County, Georgia, stated that CTCL was ‘very lenient regarding what we could spend the money on. They put virtually no restrictions on it as long as it relates to the election.’ Furthermore, it appears that 92% of CTCL grants were given to overwhelmingly Democrat-leaning precincts,” the letter states.

What Congress should also look at is the pyramid of far-left nonprofits showing bias in all they do.  This is against the law:

501(c)(3) nonprofits are prohibited from “participating in, or intervening in, any political campaign on behalf of (or in opposition to) any candidate for elective public office.”

Let’s see if anything comes of this.  It’s about time Congress woke up to the massive amount of fraud in the 2020 election.  Next, take a look at the far-left’s nonprofit myriad of biased entities.