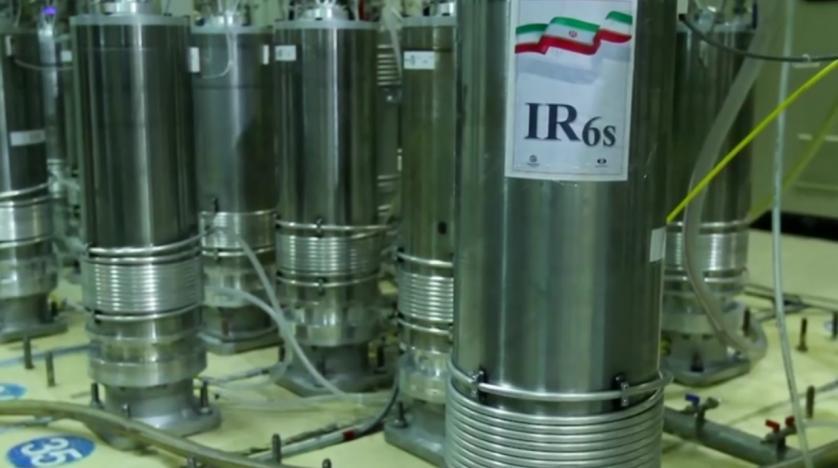 Days ago Iran announced its intent to install more advanced uranium-enriching centrifuges to expand its nuclear program, which it still maintains is for peaceful domestic energy purposes, giving approval through an act of parliament in a move seen as aimed toward gaining more leverage ahead of expected talks with the incoming Biden administration on relieving sanctions and restoring US participation in the JCPOA nuclear deal.

The IAEA nuclear watchdog confirmed this in a recent statement: “In a letter dated 2 December 2020, Iran informed the Agency that the operator of the Fuel Enrichment Plant (FEP) at Natanz ‘intends to start installation of three cascades of IR-2m centrifuge machines’ at FEP,” the IAEA told member states.

But now European signatories of the 2015 JCPOA are urging Iran not to go through with it, saying they they are deeply “alarmed” it could backfire in terms of Biden’s reported willingness to drop sanctions.

France, Germany and Britain said in a joint statement that Iran must remain “serious” about “preserving space for diplomacy”. The expanded centrifuges, they said, could have the opposite effect.

“Iran’s recent announcement to the IAEA that it intends to install an additional three cascades of advanced centrifuges at the Fuel Enrichment Plant in Natanz is contrary to the JCPoA and deeply worrying,” the countries added.

Here are the details of what the Islamic Republic plans to do according to a leaked confidential report revealed by Reuters:

A confidential International Atomic Energy Agency report obtained by Reuters said Iran plans to install three more cascades, or clusters, of advanced IR-2m centrifuges in its enrichment plant at Natanz, which was built underground apparently to withstand any aerial bombardment.

Iran’s nuclear deal with major powers says Tehran can only use first-generation IR-1 centrifuges, which refine uranium much more slowly, at Natanz and that those are the only machines with which Iran may accumulate enriched stocks.

The fear is that it could also put Biden under greater domestic public pressure, but especially pressure by national security state hawks, to not pursue restoration of the JCPOA.

“Such a move would jeopardise our shared efforts to preserve the JCPOA and also risks compromising the important opportunity for a return to diplomacy with the incoming U.S. administration,” France, Germany and Britain added in their statement.

All of this also comes as Trump has reportedly given Pompeo a ‘green light’ to target Iran in various ways (presumably with kind of covert action alongside ally Israel that led to the death of Iranian nuclear scientist Mohsen Fakhrizadeh), but short of any action that might spark a major war.