Feds Obtain Conspiracy Indictment Against Six Men Affiliated with “California Patriots” Over Jan. 6 Riot – ONLY ONE Went Inside Capitol Building 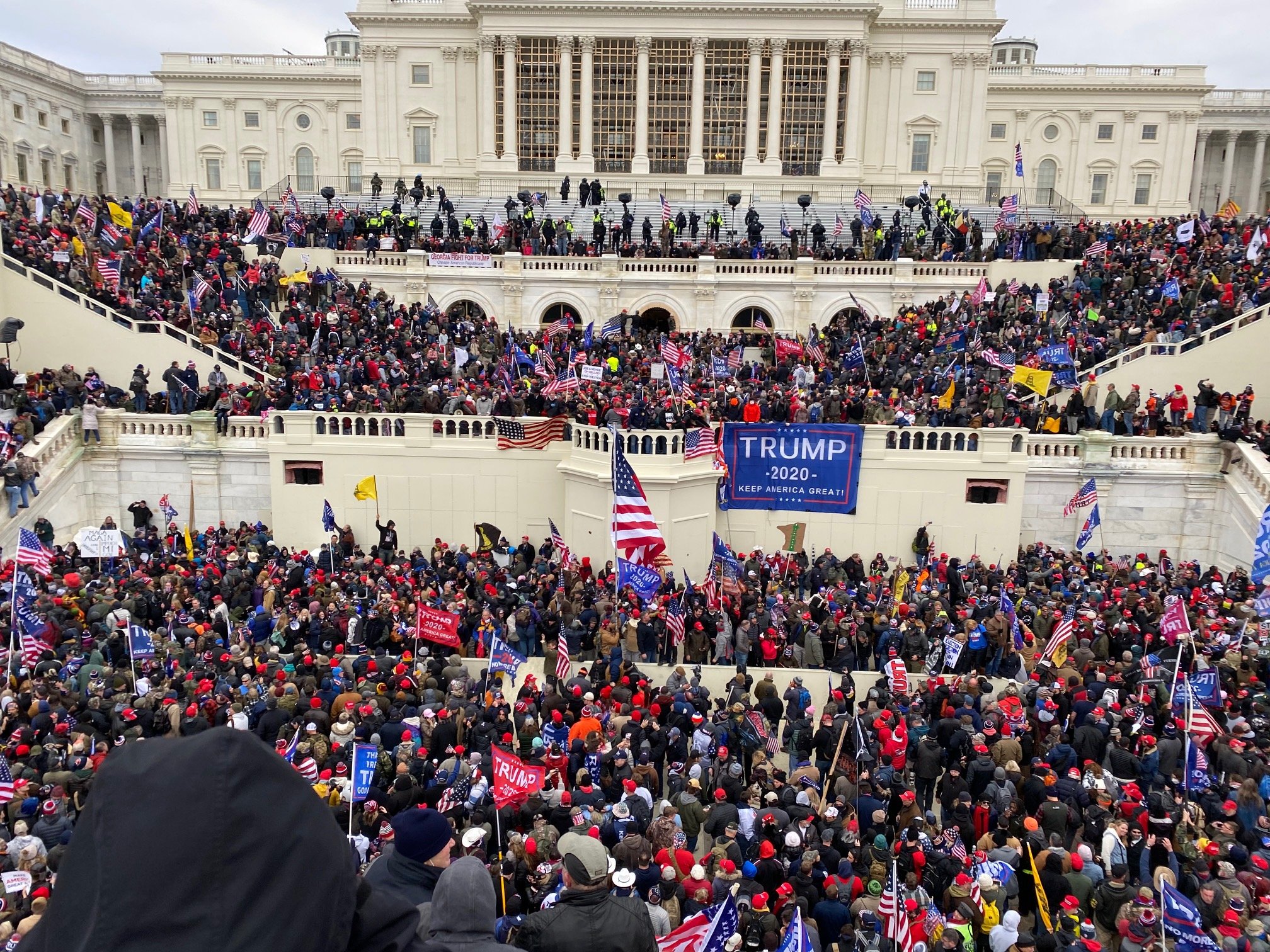 Federal prosecutors have obtained a conspiracy indictment against 6 men who self identify as “Three Percenters” or “California Patriots” over the riot on January 6.

Only one out of the six men is accused of entering the Capitol building (through a broken window) on January 6.

The other five men remained outside on the Capitol’s upper west terrace.

The indictment (8 counts total) was returned by a grand jury in Washington this week and made public on Thursday.

Two of the men indicted, Alan Hostetter and Russell Taylor, of Orange County were admonished for organizing a Virginia for Trump rally held outside the Supreme Court on Jan.5.

The indictment also suggested Hostetter was dangerous because he founded the American Phoenix Project to oppose government-mandated Covid restrictions.

Federal prosecutors have obtained a conspiracy indictment against six men allegedly affiliated with a “California Patriots” group for plotting to obstruct the electoral vote count on Jan. 6.

Some or all those indicted identified themselves as “Three Percenters,” who view themselves as the modern-day equivalent of the small fraction of American colonists who actively fought the British during the Revolutionary War era, the indictment claims.

While the two other large conspiracy cases focus on groups known as the Proud Boys and the Oathkeepers that allegedly stormed the Capitol building, only one of those charged in the new case is accused of actually entering the Capitol. Instead, prosecutors allege that the remainder crossed police lines and went onto the Capitol’s upper west terrace.

The four other men charged in the new indictment — Erik Warner, Felipe Martinez, Derek Kinnison and Ronald Mele — traveled to Washington in a rented SUV after organizing in another Telegram chat labeled as the “California Patriots-DC Brigade,” according to prosecutors. Before departing for Washington, the four men posed for a photo flashing a hand sign associated with a Three Percenter group, the indictment alleges.

NEW: Feds bring another conspiracy indictment in #CapitolRiot. 6 men affiliated with Calif.-based threepercenter group, including ex-chief of police of small city in Orange County. Most didn’t go into Capitol building, it appearshttps://t.co/sRHgjS1QfZ