Federal Prosecutors Drop Charges Against Jan. 6 Protester Chris Kelly After FBI Dirtbags Lied and Said He Went Inside US Capitol When He Didn’t 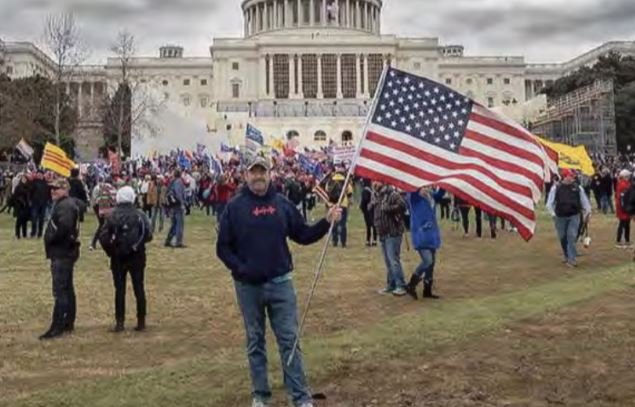 Patriot Chris Kelly from New York was arrested in the southern district of New York on January 20, 2021.

His first appearance in court was on February 9, 2021 by video teleconference.

FBI investigators said Chris entered the US Capitol during the Jan. 6 protests.

Federal prosecutors charged him with Obstruction of an Official Proceeding; Aiding and Abetting; Unlawful Entry to Restricted Building or Grounds; Violent Entry and Disorderly Conduct.

On Tuesday the federal prosecutors dropped charges against Chris Kelly after more than four months.

The FBI lied and said Kelly entered the US Capitol.  They took over four months to drop the charges they knew were a complete fabrication.  The FBI agents will not be held accountable in their criminal acts.

Federal prosecutors told a federal judge Tuesday that they intend to drop a Capitol riot case against a New York man accused of having been inside the Capitol during the siege in January.

It is the first of the nearly 500 Capitol riot cases to collapse for lack of evidence.

The man, Christopher Kelly of New York City, was arrested Jan. 20 after the FBI said a paid confidential informant told agents that Kelly was posting material on a Facebook Messenger app about the riot and his plans to be in Washington on Jan. 6. The informant said a photo taken inside the Capitol was also posted, according to the FBI.

In the charging documents filed in court, an FBI agent said, “I believe the messages and image … reflect that Chris Kelly was using this account to inform associates that he had breached the Capitol and was inside.”

The court document accompanying the charges included photos that the FBI said showed Kelly on the Capitol grounds, but they did not include any further indication that he entered the building.