Did The FCC Just Blow $9 Billion To Give Broadband To Already Served Rich People? Apparently So. 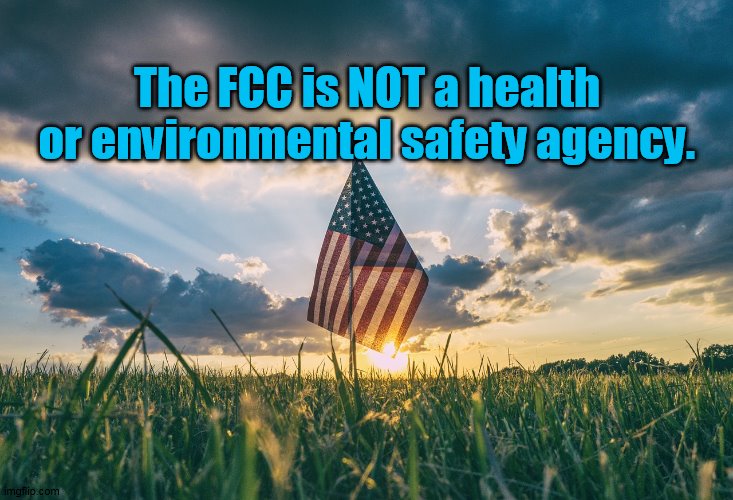 According to lawsuits and the Federal Communications Commission (FCC) Chairman, Americans have already paid to have high speed internet where they live (see 1, 2, 3, 4, 5). Regardless, the FCC recently gave billions more to telecom companies and claimed it was for installation in underserved areas. Nope.

The FCC last week held a reverse auction to dole out $9 billion to, purportedly, improve patchy U.S. broadband service. But consumer groups say the auction did nothing of the sort, instead delivering $9 billion to a dodgy roster of companies with existing histories of fraud that will be using much of the funds to expand broadband to affluent areas where broadband is often already available.

The reverse auction involved doling out billions from the FCC’s Rural Digital Opportunity Fund (RDOF), paid into via Universal Service Fund (USF) contributions affixed to your broadband and phone bills. To be very clear: some of this money will absolutely help shore up access in underserved communities. But after digging into the FCC maps of the winning bidders, consumer groups like Free Press say something ugly is afoot.

The group found a long list of examples where companies got millions of dollars to dole out broadband to a handful of wealthy homes in affluent areas, many of which already have service:

There are plenty of examples of this in the data. Like this affluent section of LA:

Or here at LAX, where a company is getting ratepayer money to deploy broadband to a whopping two already-served locations near the airport:

Ajit Pai and friends are, you’ll recall, the same folks who like to hyperventilate over community broadband as an inevitable taxpayer boondoggle (it isn’t, but that doesn’t stop them). There’s an absolute ocean of telecom-linked consultants, lobbyists, policy wonks, academics, and think tankers who’ll be happy to go on at great lengths about how localized community broadband networks are some kind of socialistic hellscape of taxpayer fraud.

But bring up how we throw way, way more money at AT&T in exchange for reduced investments, empty promises, and layoffs and . . . crickets.

Enter this new auction data, which indicates your money is being thrown at ISPs that already have long histories of dodgy behavior and being misleading about how subsidies are spent. That includes Frontier Communications, which has faced repeated accusations of subsidy fraud in places like West Virginia. And Charter Communications (Spectrum), which almost got [kicked out of New York State recently](https://www.techdirt.com/articles/20190422/10421942061/charter-spectrum-wont-get-kicked-out-new-york-state-after-isp-promises-to-suck-less.shtml#:~:text=”Nine months after a New,exchange for further broadband expansions.) for repeatedly lying to regulators about broadband deployment efforts. These are companies with pretty long histories of extremely dodgy behavior, being given millions to do something they’ve already failed to do, repeatedly.

Of course there are some new players getting money for dubious reasons too. Like Starlink, which is owned by one of the wealthiest men in the history of the planet, getting a billion dollars so it can deploy broadband to, according to the FCC’s own logic and data, parking lots near the Pentagon:

Why does one of the wealthiest men in America need ratepayer subsidization to deploy broadband to areas his project was already targeted to serve? Good question! The company wouldn’t respond to reporter inquiries asking why the money was needed or what it plans to do with it, which is always a good sign.

There’s a good early breakdown of the results and how this auction was supposed to work by Christopher Mitchell at the Institute for Local Self Reliance. Telecom consultant Doug Dawson also does a good job breaking down what went wrong, noting that because the FCC let fixed wireless providers pretend fixed wireless is the equivalent of fiber (it’s most certainly not), a lot of genuine fiber expansion efforts got the short end of the stick:

“By allowing WISPS to claim gigabit capabilities, the FCC cheated huge numbers of people out of getting fiber. There were numerous electric cooperatives, small telcos, CLECs, fiber overbuilders, and public/private partnerships in the auction hoping to bring fiber to entire rural counties. In looking at the footprints won due to this fiction, I’m guessing the FCC’s decision to allow fixed wireless to falsely bid as gigabit technology killed fiber construction to at least a few hundred rural counties.”

I don’t understand why the FCC couldn’t get this right. The FCC could have talked to any one of a hundred telecom engineers I know who would have laughed at the idea that fixed wireless can deliver gigabit speeds across big tracts of extremely rural America. A huge portion of this auction was based upon this lie, and that never bodes well for the long run.

There’s this thing deregulatory telecom zealots do where they overhype emerging telecom tech, pretending it’s some kind of deus ex machina that will magically fix everything. This lets them pretend that magic new tech will bring competition to market, thereby justifying mindless deregulation and napping regulators.

Ex-FCC boss turned top cable lobbyist Mike Powell did this with broadband over powerline (BPL), which wound up being an interference-prone dud. You’re seeing it happen again with 5G, despite U.S. 5G being too patchy, underwhelming, and expensive to fix America’s affordable broadband problem.

This is all pretty well in line for an Ajit Pai FCC that talks endlessly about its “dedication for the digital divide,” but has such little respect for accurate data it can’t actually tell you where broadband is or isn’t available (but pretends to). And because folks like Pai are so ideologically rigid, they can’t even acknowledge that the biggest problem in U.S. broadband is monopolistic domination by a handful of giants resulting in massive swaths of the country where competition is virtually nonexistent. As such, it’s not surprising the end policies are often fluff and nonsense untethered from the reality on the ground.

A serious, functioning FCC would make accurate data the priority. It would then focus on the best, smartest, and most creative ways to drive new technology and competition to those markets, whether you ideologically agree with the solution or not. Instead, we have an FCC that literally pretends America’s broadband competition problems don’t exist, misidentifies the real problem out of ideological and partisan hubris, then applies solutions that largely involve throwing billions at companies with a twenty year track record of taking subsidies in exchange for empty promises.

The FCC has been corrupt agency for decades (see 1, 2). Lawsuits have been filed against them for NOT protecting the public from unsafe levels of radiation as well as controversial and dangerous 5G on Earth (see 1, 2, 3, 4) and in space. Doctors and scientists have asked MANY TIMES and again recently that health and environmental risks from radiation from 5G, cell towers and other wireless sources be evaluated by experts with no conflicts of interest (see also 1, 2, 3). The agency won’t even update 24-year-old radiation exposure guidelines.

High speed internet is achievable, safer and more secure with a wired internet connection (see 1, 2) – not 5G or WiFi. Since 2017, doctors and scientists have asked for 5G moratoriums on Earth and in space due to health and environmental risks (see 1, 2). Since 2018 there have been reports of people and animals experiencing symptoms and illnesses after 5G was installed (see 1, 2, 3, 4). In 2019, telecom executives gave congressional testimony that they had NO independent scientific evidence that 5G is safe. Some research has already determined that it’s not! Cities AND entire countries have taken action to ban, delay, halt, and limit 5G installation AS WELL AS issue moratoriums on deployment. The majority of scientists worldwide oppose deployment. Of course exposure risks ARE NOT exclusive to 5G. Last year, the World Health Organization warned that high levels of Electromagnetic Fields (aka “Electrosmog”) could cause health issues in a significant percentage of the population.

None of the above makes America great, does it?

Activist Post reports regularly about the FCC and unsafe technology. For more information visit our archives and the following websites.