Did Mnuchin Shoot Powell In The Back? 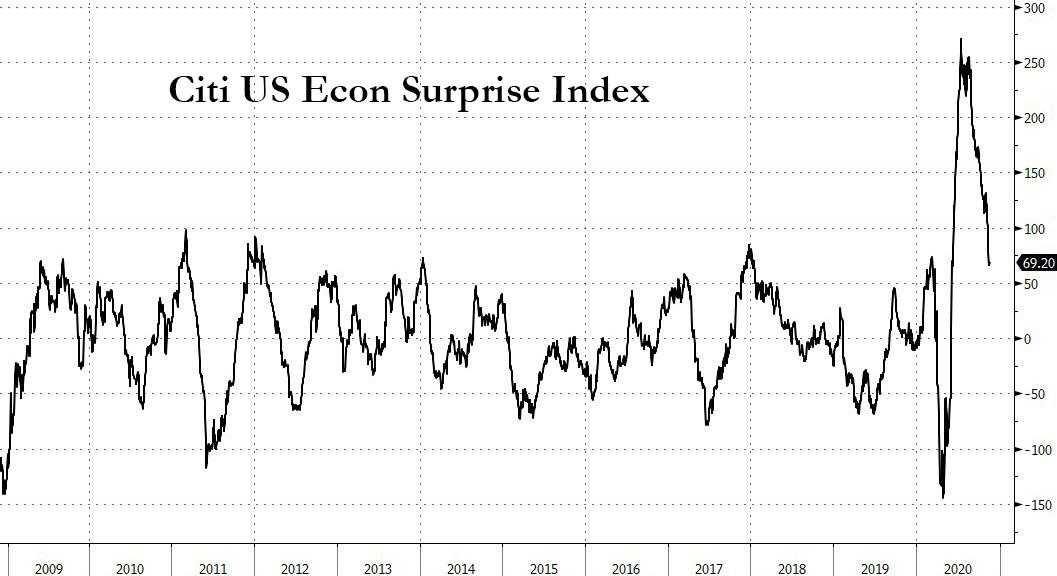 As we reported yesterday, and as Rabobank senior strategist Philip Marey writes this morning in a note titled Mnuchin shoots the Fed in the back, “Treasury Secretary Mnuchin upset the markets yesterday when he announced that a number of the Fed’s special lending facilities should be terminated by the end of the year.”

In a letter to Fed Chairman Powell, Mnuchin said that the programs have clearly achieved their objectives. Credit markets have been rehabilitated and banks have the lending capacity to meet the borrowing needs of their corporate, municipal and non-profit clients. However, the Fed does not agree with Mnuchin’s decision and said in a statement that the Fed would prefer that the full suite of emergency facilities established during the coronavirus pandemic continue to serve their important role as a backstop for our still-strained and vulnerable economy.

Earlier this week, Powell said that the time to discontinue the lending facilities was not soon, highlighting that typically the Fed keeps its backstops in place for some time after a crisis hits. Yesterday, Atlanta Fed president Bostic said that given where the economy is – and there’s so much uncertainty still out there – it’s prudent to keep those things open so that when people, if they do have stress, they can draw upon it.

All this comes at a time that the economic data show a loss of momentum, with initial jobless claims moved in the wrong direction yesterday, rising to 742K in the second week of November from 711K in the first week. At the same time, existing home sales slowed down to 4.3% month-on-month in October, from 9.9% in September and the Philly Fed fell to 26.3 in November from 32.3 in October. This adds to the series of US data that show a loss of momentum in the economic recovery. The combination of rising Covid-19 infections and lack of additional fiscal stimulus after the CARES Act may now be finding its way into the economic data.

While Rabobank writes that this should underline the urgency of a new fiscal stimulus package, “unfortunately, Congress goes on vacation next week. Probably tired from doing nothing the past six months, at least when measured in terms of providing additional fiscal stimulus. On top of that, the Treasury Secretary wants his money back from the Fed.”

Meanwhile, it is worth noting that Republicans had earlier indicated they were worried that the Municipal Lending Facility and the Main Street Lending Program could be used by the Democrats to bypass Congress if Republicans were to block additional federal government support to local governments and small and mid-sized businesses. So, as Rabobank concludes, “Mnuchin’s action is clearly related to politics.”

Well… yes, of course it is. And it is safe to say that the political backstabbing moves are only just starting.

What is a bigger question is how will the market react as we approach the Dec 31 “expiration” date: as Bloomberg’s Emily Barrett writes, “this action knocks out a safety net at a time when lawmakers have no clear plan. And no one needs reminding that the U.S. is heading into a tough winter, with infection rates setting daily records, renewed restrictions on activity, school shutdowns and more businesses closing.”

Moreover, she adds, terminating the programs on Dec. 31 means they may be tougher to restart under the new Biden Administration 20 days later. New funds will need Congressional authorization, though JPMorgan’s Mike Feroli said the incoming Treasury Secretary could agree to restart the facilities with pre-CARES Act cash available in the department’s Exchange Stabilization Fund, which he puts at just over $70 billion.

So for now the upshot is more delays and uncertainty over crucial support for the economy… and more to come if the last Senate races in Georgia next month deliver another bitterly divided Congress.

Yet while futures tumbled as much as 1% and 10Ys dropped to 0.81%, all the moves have been unwound. How come? Well, the most likely explanation is that traders are already frontrunning the massive monetary stimulus that the Fed will have to unleash next. There is just one problem: stocks have to plunge first as otherwise the Fed’s hands are tied.

Which, paradoxically, means that by frontrunning the Fed’s response, traders are effectively making it impossible.