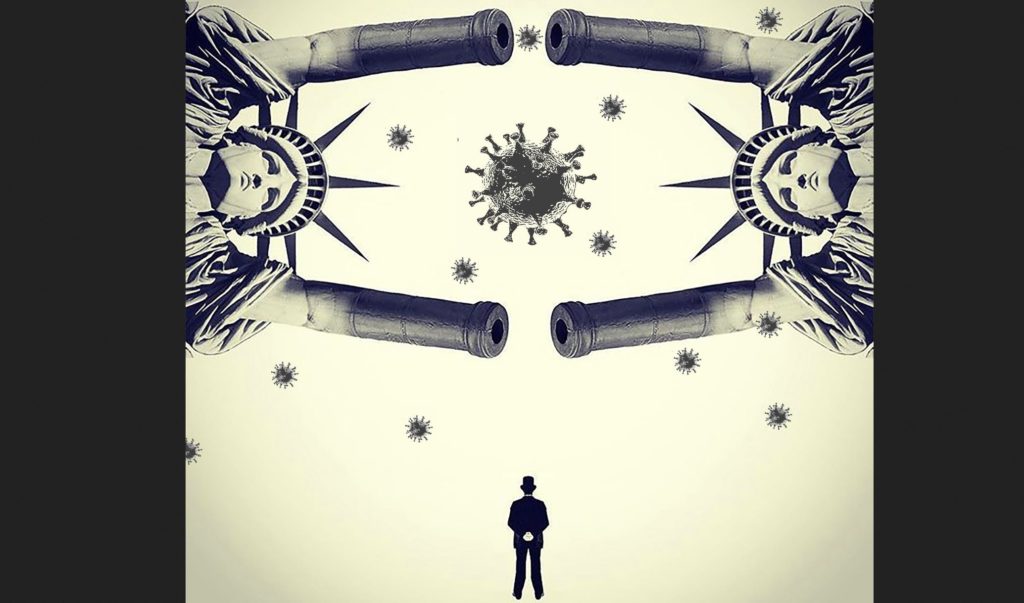 As millions of Americans defy the CDC’s warning not to travel for the holiday season, NYC Mayor Bill de Blasio has once again dispatched police to key traffic chokepoints where his quarantine rules will be strictly enforced.

New York City Sheriff Joseph Fucito said the sheriff’s office (a separate entity from the NYPD) will conduct spot checks when out-of-state buses drop riders off at the curb, and will also check cars with out of state and New York licenses plates. Test-and-trace teams will also be on the ground to help direct people to testing sites while providing “education” about quarantine.

New York’s statewide 14-day holiday quarantine mandates that travelers quarantine, or take a test showing they’re negative. Violations of self-quarantine will be enforced, and may carry fines of $1,000 to $2,000, the mayor’s office has said.

Around the US, few jurisdictions have actually enforced quarantine and social distancing rules, though people have been killed in fights spurred by mandatory mask requirements. Some governors, including Kristi Noem in South Dakota, have refused to make wearing masks and other social distancing measures mandatory.

But most governors who have imposed mandatory mask orders and other measures typically haven’t enforced those measures by doling out fines, unlike authorities in Europe.

According to anecdotal reports, travels through NYC’s airports have had to complete contact tracing forms for weeks now. The city will continue to enforce those measures at both of the city’s airports, as well as Grand Central and Penn Station, as well as the Port Authority bus terminal.

Lines at NYC testing centers reached record numbers over the weekend, a sign that many New Yorkers still planned to travel, and were hoping to get tested before leaving. This is irritating many self-appointed COVID travel referees…

…who chimed in to remind their followers that a negative COVID test doesn’t mean you can safely socialize with others. We’re curious to see how many people adhere to that guidance.