DC Mayor Lies to Congress, so then Associated Press, WashPost, Works Hard to Cover for Her 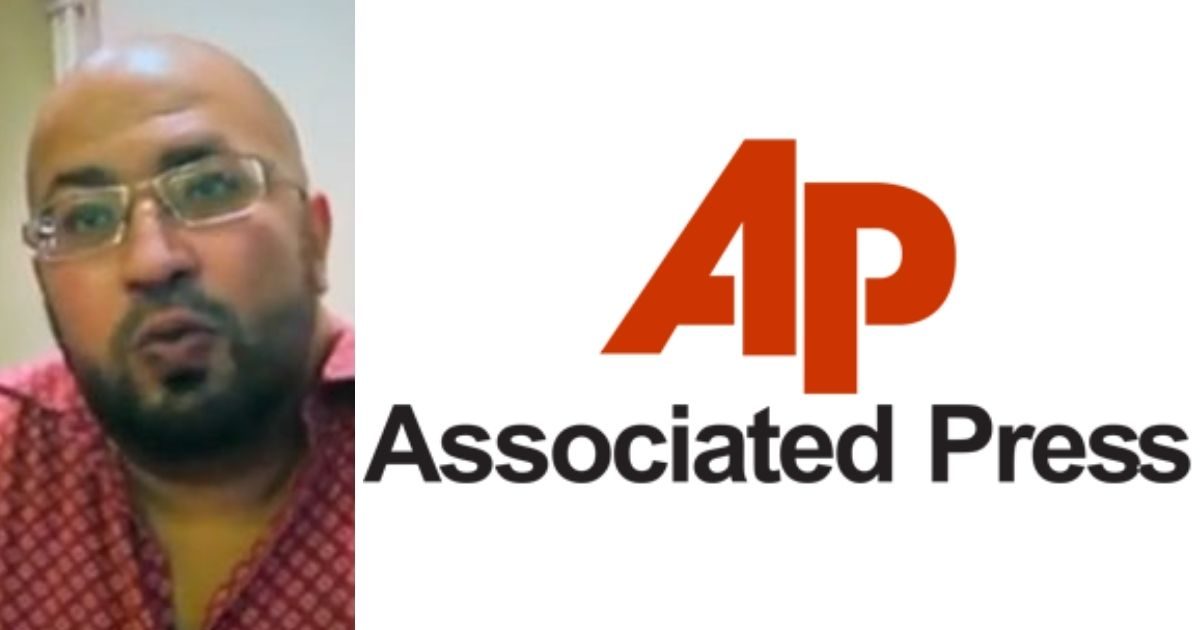 Washington DC Mayor Muriel Bowser told a Senate Committee that there had only been one day of rioting in the nation’s capitol in 2020. This lie was easily debunked via news reports, arrest records, and incident reports. [1][2][3]

Even though this was only the second time the issue of DC Statehood has ever been formally discussed in Congress, and even though the questioning between Senator Johnson and the answers from DC Mayor Bowser relate to major ongoing stories such as Democrat policy priorities, crime, violence, January 6th protests, rioting, BLM, race, most of the mainstream media chose to ignore the exchange and the hearing.

One of the most pernicious powers of the media is to decide what’s worthy of preserving and what’s not. And when reporting the same story, the same topic, whom to portray as reasonable and who is not. Who is partisan and who is objective. Who is extreme and who is mainstream. This power of the media is on display every day in every way, and the reporters assigned to stories, their editors who curate their work, the publishers and corporations who oversee the business, and even the advertisers who finance their work, all have a significant bias that is often hard to detect.

Here it’s obvious the Associated Press and the Washington Post were trying to cover up anything negative for Mayor Bowser by avoiding the entire exchange, doing a disservice to their readers.

In questioning back and forth with Wisconsin Republican Senator Ron Johnson at the Senate Homeland Security and Governmental Affairs Committee, DC Mayor Bowser said:

She said this while having an extended exchange about the extent of protesting and violence in the nation’s Capitol during 2020.

Breitbart detailed the extent of riot-related arrests and claims made during 2020 that disproves Bowswer’s testimony:

Metropolitan Police Department data details hundreds of “unrest-related” arrests it made for offenses that occurred between May, June, July, and August of last year.

During the rest of June, many other “unrest-related” arrests were made for curfew violations, burglaries, destruction of property, defacement of property, assaults on police officers, arson, possession of a Molotov cocktail, and more.

A ‘riot’ is defined thusly:

“a violent public disorder. Specifically : a tumultuous disturbance of the public peace by three or more persons assembled together and acting with a common intent: public violence, tumult, or disorder” [4]

One thing the articles covering this official lie are doing a poor job at, is explaining why DC Mayor Bowser was potentially motivated to tell this lie. Senator Ron Johnson, a conservative who has been challenging the dominant orthodoxy around the January 6th Capitol protest, had been asking questions related to whether DC permitted violent protests in 2020. If Bowser allowed violent protests in 2020 to protest the death of George Floyd, then why would she consider the mostly peaceful Capitol protest such an exceptional security threat?

Ashley Oliver at Breitbart does a good job explaining that for their readers [2]:

Bowser made the remark during her testimony to the Senate Homeland Security and Governmental Affairs Committee while she was addressing a question from Sen. Ron Johnson (R-WI) about the value of the property damage caused during the riots.

“Just a couple questions in terms of how the district has handled people who have rioted in the summer versus people who breached the Capitol,” Johnson began, adding he condemns “both equally” and citing close to $2 billion in insurance claims nationwide from last year’s riot damage before asking the mayor about D.C.’s damage specifically.

The two then proceeded to have a heated exchange as Bowser twice started to respond by addressing earlier comments Johnson had made rather than answering his question.

Johnson, interrupting Bowser, asked again, “Could you answer the question? Do you have an estimate of the property damage during the summer riots?”

Bowser replied, “I know that we had one night of rioting in the district in the summer,” and eventually added that she did not have a property damage estimate.

The obvious truth is that the record-high crime in major cities is largely by design. Cities refuse to empower their police force to shut down repeat violent offenders, judges refuse to be tough, drugs are sold more or less openly, and community destructive policies like bail reform are pursued so that criminals are not inconvenienced in the rare occasion that they are arrested and processed.

DC permitted violent protests when they agreed with the ideological aims of the protesters. And when they disagreed with a mostly peaceful protest about voter fraud, they want to clutch their pearls and enact double standards. That’s the point that Senator Johnson is making, and one that most outlets either dance around or refrain from explicitly explaining to their readers.

Bowser was asked about her lies to the Senate by a local reporter, Nick Minock [5]:

“I want to get your thoughts on Sen. Ron Johnson’s line of questioning on Tuesday,” said 7News Reporter Nick Minock. “You had responded to one of his questions saying there was one night of riots here in DC. We saw multiple nights of violence in D.C. Are you still standing by what you said, that there was one night [of riots]?”

“I don’t stutter,” replied Mayor Bowser. “I speak English and I am very plain. That’s my answer. What we know, unfortunately, among thousands and probably hundreds of hours of peaceful protests, we saw a band of people who took advantage of that and participated in looting and our police department was very aggressive in trying to find them and hold them accountable.”

“But there was multiple nights of violence in D.C.” replied Minock. “Just one night of riots you’re saying?”

Now, admittedly, the fact at hand is not the most consequential. The issue of whether there were 1 or 20 nights of rioting in Washington is more of a political point than a material one. But lying under oath, and lying before Congress, is a serious federal offense. In fact, it is one of the charges that Roger Stone was charged with, and for which he would later be pardoned by President Trump, “lying to Congress.”

So, the issue is certainly relevant in the sense that a major government official would lie to Congress under oath. And the topic at hand can be isolated as merely this particular fact, but could also be appropriately seen as part of a larger trend where the government imposes radically double standards when comparing how they treat January 6th Capitol protesters and how they treated BLM and pro-George Floyd protesters from 2020.

And there are other important narrative frames to consider as well. Cities nationwide are facing significant spikes in violent crime. The political left is blaming this on the availability of guns, and the political right is pointing to left-wing bail reform and weak-on-crime laws. This exchange between Mayor Bowser and Senator Johnson, seen in that light, suggests that much of the violent crime over the past year is due to the cooperation of officials, not because crime just suddenly fell from the sky.

So what did Ashraf Khalil at the Washington Post do? He didn’t cover the exchange at all. [6]

Colleen Grablick at the publication DCist found ways to snark and carp at Republican objections to giving DC Statehood as part of the hearing, but failed to even reference the exchange between Mayor Bowser and Senator Johnson. [8]

Khalil at the AP covered the story but gave glowing and fawning coverage to Mayor Bowser. He didn’t bother to include a reference to the testy exchanges with Senator Johnson. He just covered the hearing, made her the hero, and omitted anything that would distract from that simple narrative.

This is the worst kind of media injustice: the tactical omission in order to deny anyone knowledge of what really happened on a minor hearing or event where there won’t be a more objective examination.

On a larger scale, a service has arisen called “Blind Spot” to try and rectify this, so that people can see what news the political right and political left is ignoring. [11]

But on smaller events and stories like this, the kind of bias that omits significant things twists and warps the body politic and is its own form of disinformation. Khalil and the Associated Press are omitting a story to advance a biased agenda.