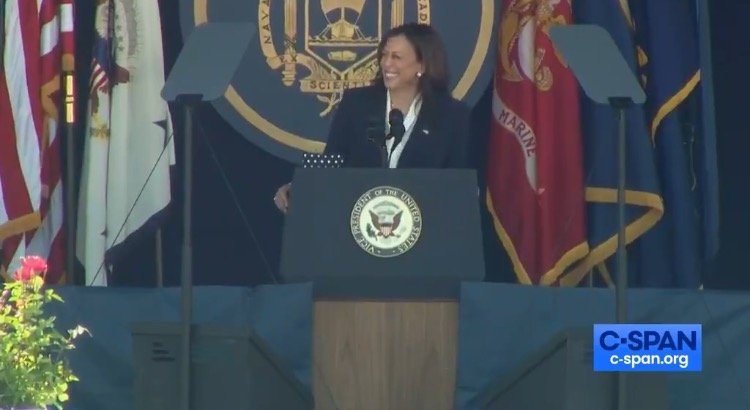 Kamala Harris tried to tell a woke joke about a female marine at the Naval Academy as she delivered the keynote address to the class of 2021 on Friday – and it totally bombed.

After Harris realized her joke fell flat, she began to cackle awkwardly.

The cadets groaned as Kamala looked for someone – anyone to laugh at her stupid joke.

The Biden humiliation of our Military continues. pic.twitter.com/rQghgIA6rM