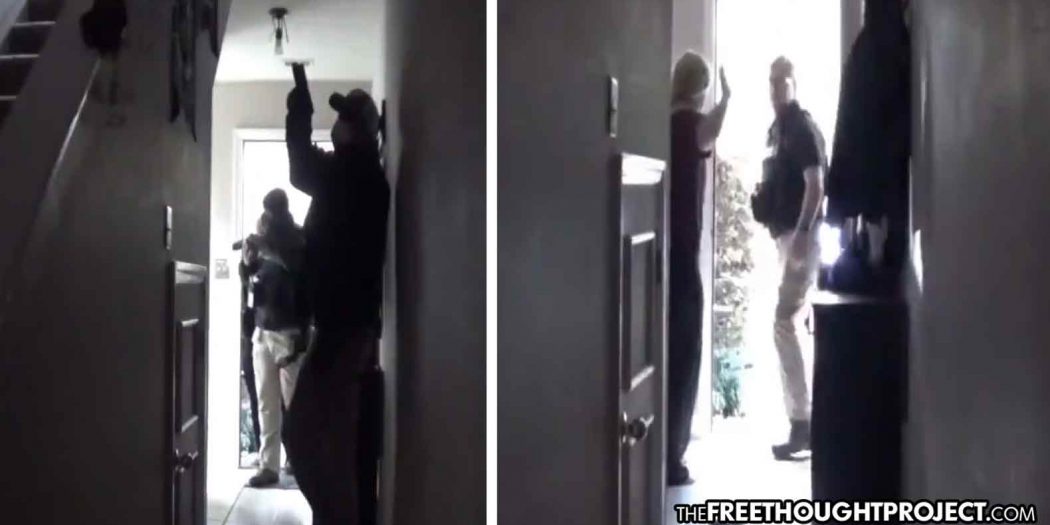 Tallahassee, FL — Earlier this year in May, Rebekah Jones, the data scientist working for Florida, who put together that state’s COVID-19 database, made national headlines when she was fired by the state over a disagreement in reporting the numbers. Jones says she was fired for refusing to manipulate data that showed a higher number of deaths while the state claimed she was fired for insubordination. Fast-forward to this month, and what started as a firing ended with armed agents of the state allegedly pointing guns at an entire family, during a raid on their Florida home.

After she was fired in May, Jones made the following claim:

I was asked by DOH leadership to manually change numbers. This was a week before the reopening plan officially kicked off into phase one. I was asked to do the analysis and present the findings about which counties met the criteria for reopening. The criteria followed more or less the White House panel’s recommendations, but our epidemiology team also contributed to that as well. As soon as I presented the results, they were essentially the opposite of what they had anticipated. The whole day while we’re having this kind of back and forth changing this, not showing that, the plan was being printed and stapled right in front of me. So it was very clear at that point that the science behind the supposedly science-driven plan didn’t matter because the plan was already made.

After she was fired, Jones continued her work reporting the numbers by starting the website Florida COVID Action, which is a dashboard of Florida COVID information, like the one she used to run for the state. Since then, she’s been running this site without much resistance from the state — until now.

On Monday, multiple armed officers entered her home, pulled her out, before she says they began pointing guns at her children and husband.

1/
There will be no update today.

At 8:30 am this morning, state police came into my house and took all my hardware and tech.

They were serving a warrant on my computer after DOH filed a complaint.

Jones claims that she was raided for simply reporting the data and “speaking truth to power,” but the state says someone hacked their emergency alert system and it was traced back to Jones’ IP address.

In a statement, FDLE Commissioner Rick Swearingen confirmed hardware was seized at Jones’ home, and an investigation was underway into a potential computer system hacking.

“Our investigation began last month following a complaint by Florida Department of Health that a person illegally hacked into their emergency alert system,” the statement reads, in part. “As part of our investigation, FDLE agents served a search warrant this morning at the Centerville Court residence where Ms. Jones lives after determining the home was the location that the unauthorized message was sent from.”

This is what happens to scientists who do their job honestly.

This is what happens to people who speak truth to power.

I tell them my husband and my two children are upstairs… and THEN one of them draws his gun.

This is Desantis’ Florida.

Jones has vehemently denied she had anything to do with this:

“I’m not a hacker,” Jones said. She added that the language in the message that authorities said was sent was “not the way I talk,” and contained errors she would not make.

“The number of deaths that the person used wasn’t even right,” Jones said. “They were actually under by about 430 deaths. I would never round down 430 deaths.”

Monday evening, the state released the text of the warrant and claimed that they gave Jones ample time to come out — 20 minutes — but she refused.

“Agents knocked and called Ms. Jones both announcing the search warrant and encouraging her to cooperate. Ms. Jones refused to come to the door for 20 minutes and hung-up on agents,” the FDLE statement reads, in part. “After several attempts, Ms. Jones allowed agents inside. Agents entered the home in accordance with normal protocols and seized several devices that will be forensically analyzed.

“At no time were weapons pointed at anyone in the home.”

Despite this claim, the video shows officers pointing guns upstairs where Jones’ family was. Also, despite the state’s claim that this is over an alleged hack, Jones’ lawyer, Larry Walters, said “this is retaliation for pursuing a discrimination claim against the state.”

“It is highly unusual for your adversary in litigation to seize all of your client’s confidential communications,” Walters said. “We are concerned that this is retaliation for pursuing a discrimination claim against the state and criticizing the Governor’s COVID 19 response.”

If authorities are retaliating against Jones for criticizing the governor, this is indeed chilling.

What this shows, however, is that no matter which “side” of the COVID-19 debate you are on, you are still subject to police officers coming onto your private property and detaining or arresting you. Regardless of how you feel about COVID-19, this notion is worrisome.