During an episode of the podcast “The Handoff,” CNN’s Chris Cuomo said that he would be taking a “long-planned vacation.”

Chris Cuomo has announced he will be taking a weeklong ‘vacation’ from CNN for his birthday – amid outrage that he has ignored the sexual harassment scandal engulfing his brother, New York Governor Andrew Cuomo.

Cuomo, 50, has faced a slurry of criticism for participating in strategy sessions during his brother’s political crisis while serving as CNN’s star journalist – all the while refusing to cover the scandal.

The CNN host said Thursday he would be taking the ‘long-planned vacation’ on an episode The Handoff – the weekly podcast he co-hosts with colleague Don Lemon.

This “long-planned vacation” comes after it was exposed that Chris Cuomo was caught seemingly drafting a response to one of New York Governor Andrew Cuomo’s accusers.

Andrew Cuomo is the brother of Chris Cuomo.

This was never revealed to the public.

BREAKING: Here is an email from @ChrisCuomo on Feb 28, 2021 to the Andrew Cuomo inner circle where he appears to have personally drafted a statement for his brother to respond to the allegations pic.twitter.com/Jh3NP3lqKq 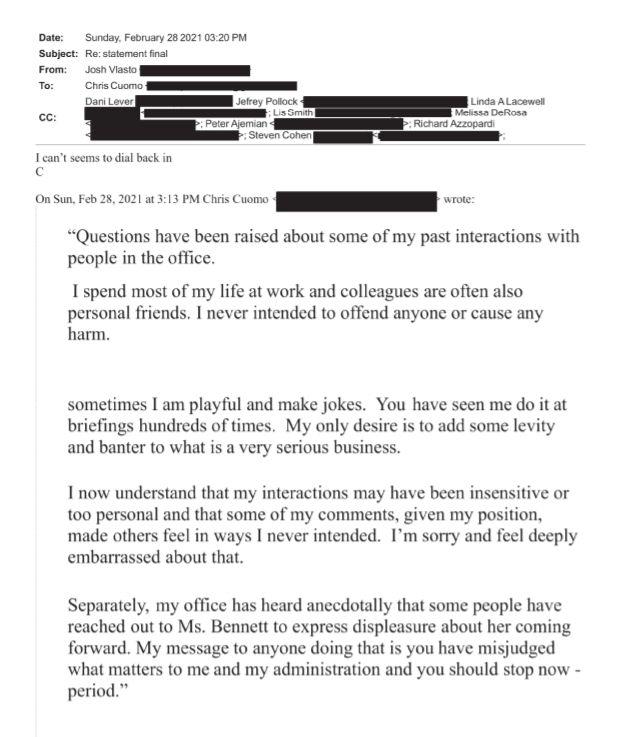 CNN will air a special on socialist Rep. Alexandria Ocasio-Cortez (D-NY) instead of “Cuomo Prime Time.”

The special, titled “Being… AOC,” marks the launch of a new “Being” series where anchor Dana Bash “spends time with individuals affecting American policy, politics, and culture to give viewers an understanding of the human being behind the public face.”

“In the first episode, Bash speaks to Representative Alexandria Ocasio Cortez, who gives one of her most personal on-camera interviews to date, opening up about her unique perspective on power and femininity, what drives her, and how threats against her and her previous experience with sexual assault impacted her perspective on January 6th,” the CNN press release previewed.