Chinese-Owned WeBull Is Siphoning Off Brokerage Clients From Robinhood 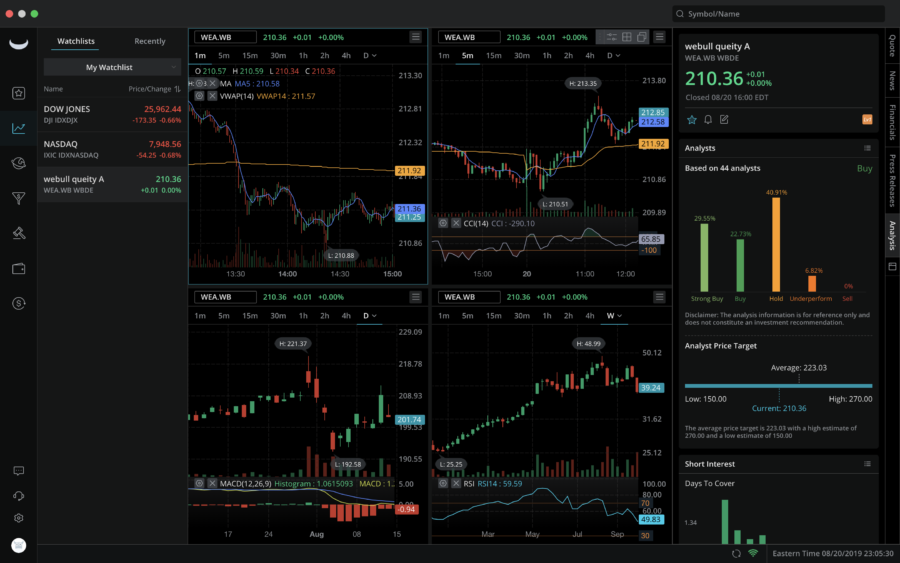 In a day and age where we’ve seen China crank out copies of all types of U.S. intellectual property, it shouldn’t be that big of a surprise to find out that online stock brokerage Robinhood is apparently leaking users to a new, Chinese-owned brokerage.

That brokerage, WeBull, has been founded by former Alibaba executive Wang Anquan and has upped its clients by about 10x this year. And it’s doing it using Robinhood’s model: “offering free stock trades with a slick online interface,” Bloomberg notes. WeBull is now preparing to do what China-based businesses do best: open up a funding round from U.S. investors.

The company has had a “breakneck” expansion and is now attracting large groups of American traders who discuss platforms on online forums. It has also tried to make its links to the U.S. clear, in a day and age where China-based software is under more scrutiny than it ever has been. WeBull “stores user data locally, is subject to the same regulations as any other U.S. brokerage, and has an office right next to a Trump building on 40 Wall Street,” the BBG report notes.

It has also volunteered for a review by CIFUS, who decided in December than a review wasn’t necessary.

Its founder, Wang Anquan, founded WeBull’s parent company in 2016 and has said his intentions were always to create a “global firm” – and that this would start with success in the U.S.  He was backed by Xiaomi founder Lei Jun and intentionally kept a low profile for the brokerage’s first few years. The company’s American CEO, Anthony Denier, said: “We’re in a really competitive space. Sometimes it’s better to not wake up the giants.”

Funds tied to Xiaomi own at least 14% of the company. Chinese private equity funds are also major holders of the name.

The company’s users seem to be satisfied for the time being. The platform is being called a mix between Robinhood and Interactive Brokers – subject to less criticism that it is making trading into a “game” than Robinhood’s friendly UI draws. Denier said the “vision that we’ve had from the beginning [is] let’s not oversimplify and ‘gamify’ this.”

The brokerage continues to grow well from word of mouth and promotions that feature online influencers. Its typical client is in their 20s or 30s and has about $3,200 in their account, BBG notes. It sees about 850 incoming transfers a day from other brokerage accounts. Some traders switched over after Robinhood’s consistent outages this year. Some are also wooed by the fact that WeBull has live customer service via a hotline, where Robinhood doesn’t.

“It’s more geared for a semi-seasoned stock trader,” one trader said, describing WeBull. She said she liked the app’s charts and its ability to simulate trades before they are placed.

“It starts out where they kind of have both accounts. They might even execute on Robinhood and do research on Webull, but eventually we tend to win them over,” Denier concluded.