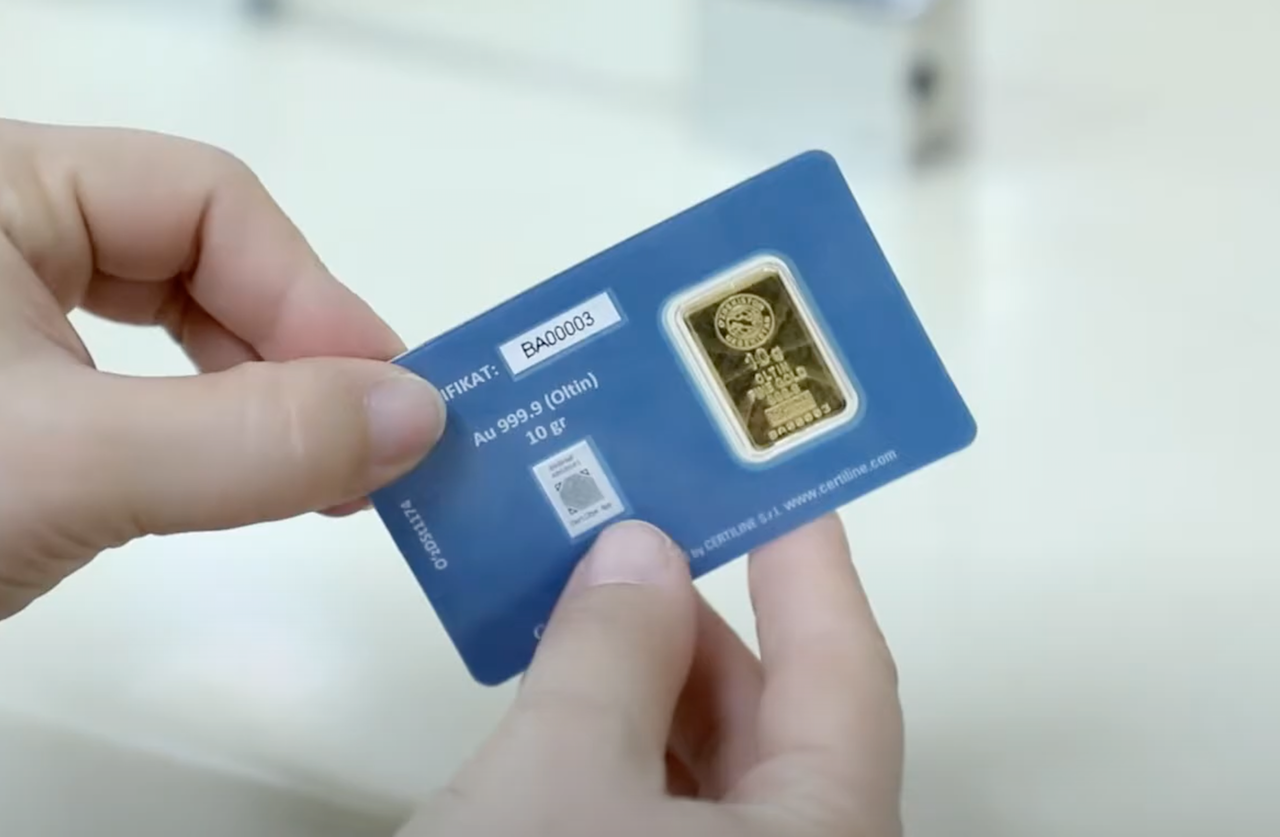 Since November 2020, the central bank of Uzbekistan (CBU) issues sealed gold bars with a QR-code for real time verification. With these new bars CBU aims to stimulate gold to be used as a store of value, as well as promote the circulation of gold.

More and more governments and central banks around the world are promoting gold as a store of value. Not surprisingly, as gold has proven to preserve its purchasing power over thousands of years, and it’s becoming ever more clear the future of fiat currencies is shaky (yes, central banks are aware of this).

“Gold is an excellent hedge against adversity and high inflation. Gold cannot depreciate or be devalued. Gold … is not an asset ‘issued’ by a government or a central bank and so does not depend on the issuer’s solvency.” https://t.co/9iwqAd3zdk

The above statement from the central bank of Italy should be interpreted as a warning: money issued by central banks has counterparty risk and can lose its value, while gold retains its value. The development of central banks promoting gold is a slow shift from plan A (fiat) towards plan B (gold), as I have written about here, here, and here.

Uzbekistan is pro gold as well—roughly 57% of CBU’s international reserves consist of gold, and since November CBU is incentivizing to population to buy gold as a store of value through its innovative gold bars.

The new gold bars issued by CBU have a special protective packaging, which includes three security layers: a unique serial number, a QR-code for real time digital authenticity verification, and a membrane that changes color when broken.

The gold bars are 999.9 fine, available in weights of 5, 10, 20 and 50 grams, and their packages all have the size of payments cards. The gold bars are sold through twenty-eight commercial bank offices throughout the country. At any point in time the bars can be sold back to the dealing banks, even if the seal is broken. Navoi Mining and Metallurgical Combinat (NMMC), an LBMA accredited refinery, is responsible for sourcing the gold. The packaging technology was developed in cooperation with Certiline.

Previously, CBU only sold commemorative gold coins of one troy ounce. But one troy ounce of gold is worth a fortune for an average citizen in Uzbekistan. Through the new bars in small weights, and the buyback guarantee, CBU aims to make gold accessible to more people as a savings instrument and for large payments.

The Central Bank of the Republic of Uzbekistan commences the sale of gold bars through commercial banks to expand the investment and savings opportunities of the population as well as to promote the circulation of precious metals in the country.

In a way, the CBU gold bars can be seen as “coinage 2.0,” because everyone can verify the authenticity of the gold by scanning the QR-code, which enhances trust and acceptance of these bars. Although, currently the bars will mainly function as a store of value in my opinion, due to the volatility of the gold price.