Calling Out Sen. Dave Argall – What Are You Waiting For? – DON’T DROP THE BALL IN PENNSYLVANIA! 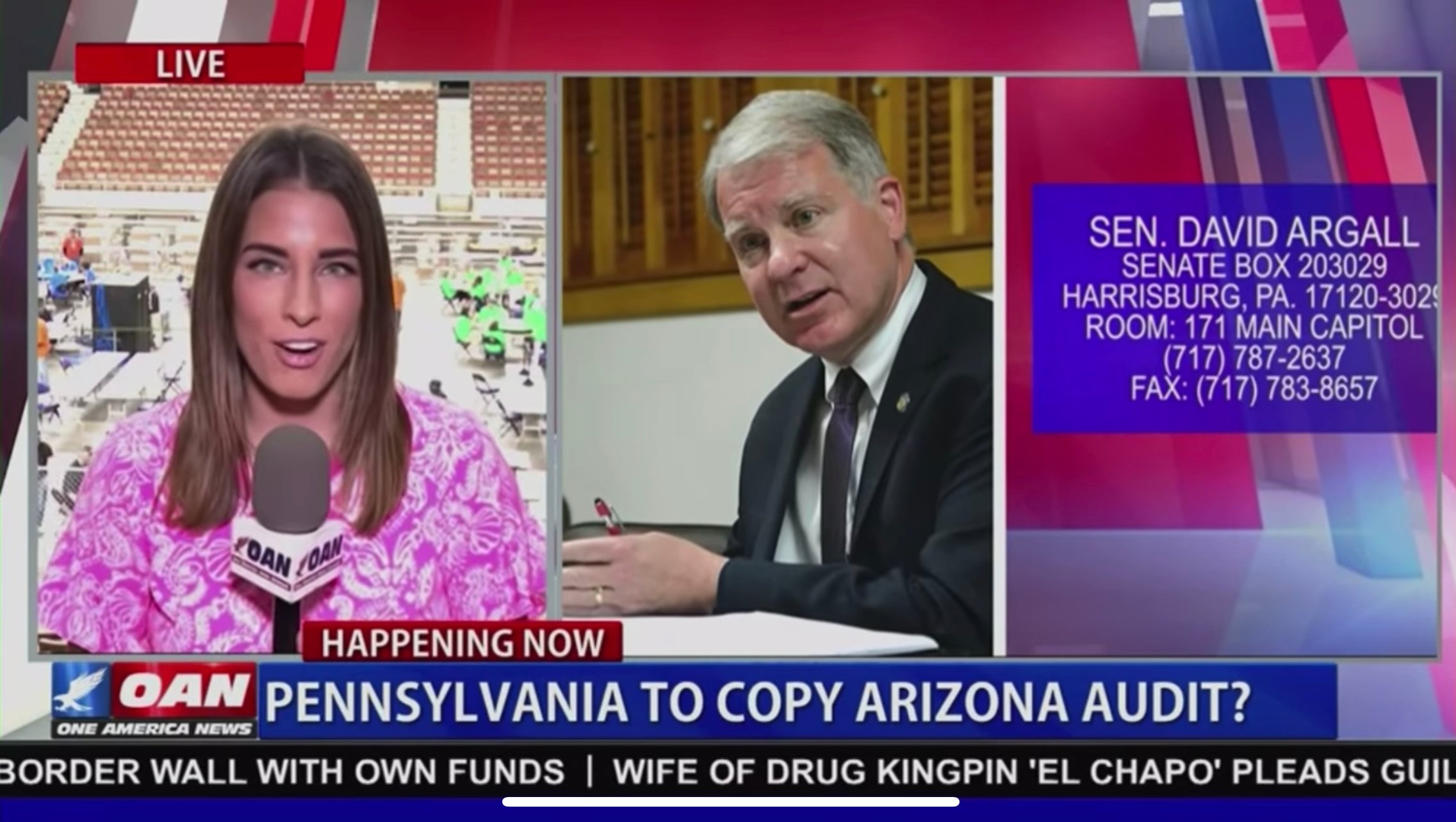 With Arizona’s trendsetting audit coming to a close, which state will be next to conduct a full forensic audit?

On June 2nd Pennsylvania state lawmakers were the first in history to tour the Arizona elections audit facility in Phoenix, Arizona.

The team from PA consisted of State Senator Doug Mastriano, State Senator Cris Dush, State Rep. Rob Kauffman, and their staff.  The group received a briefing from Arizona legislators in the morning. They then took a tour of the entire audit facility.

State Sen. Doug Mastriano told TGP’s Jordan Conradson, “We need to do an audit and this is the model,” when he was asked if he would replicate the process in PA.

Last Tuesday, Sen. Mastriano appeared on Just The Truth with Jenna Ellis where he said that Pennsylvania could start an election audit as earlyn as July.

The process in Pennsylvania starts when a Senate Committee that has subpoena powers issues the subpoenas to the county or counties they want to audit.

Sen. Dave Argall, Chairman of the State Government Committee, is eligible to subpoena the evidence and finally start the process.

As The Gateway Pundit reported on June 6th, Sen. Argall came out in support of a full forensic audit in Pennsylvania with the following statement:

Senator Dave Argall: “I support the call for an election audit, in order to answer any lingering questions that still remain about the fairness of the 2020 elections in Pennsylvania.

This is the best path forward to address the legitimate concerns of the large majority of my constituents who voted to re-elect President Trump as well as all Pennsylvanians.

This is just one of many election reform efforts I would like to see approved here in the next few weeks.”

Sen. Dave Argall, what are you waiting for?

Christina Bobb also reported this on OAN and encouraged viewers to contact PA State Sen. Dave Argall if they want to see this audit take place.

If you would like to see an audit in your state, contact your legislators and demand that they protect your vote.

Don’ forget these people work for us!