British Economy Shrinks By Most In 300 Years Thanks To COVID, Chancellor Warns Just days after UK Prime Minister Boris Johnson confirmed that the 2nd English COVID-19 lockdown would soon come to an end (as England is expected to revert back to the tiered system of restrictions that preceded it), Chancellor Rishi Sunak on Wednesday shared some grim numbers about the state of the British economy with Parliament.

With global stocks on track to clinch their strongest monthly performance in modern history, Sunak warned that the British economy is set to contract by by more than 11% in 2020, the biggest annual contraction in 300 years – a period that has included at least one other global pandemic, and many, many wars.

It’s no secret that the UK has been one of the hardest-hit developed nations. With one of the highest COVID-19 death tolls in the world, British leaders have imposed some of the harshest restrictions on movement and businesses in all of Europe.

With the UK budget deficit ballooning toward a new post-war high, the chancellor is focusing on providing support for jobs and the unemployed, plowing tens of billions of pounds into infrastructure spending, and ensuring the British health-care system is ready for another onslaught of patients. 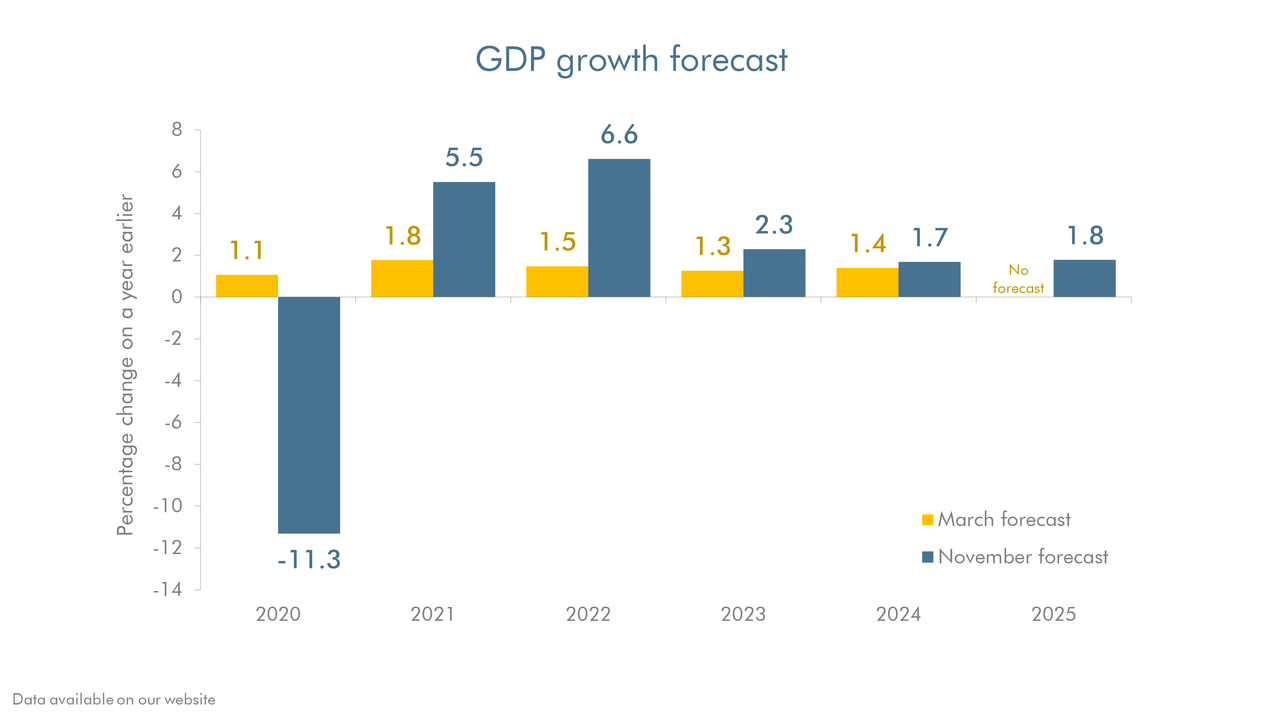 Bloomberg noted that the double-digit economic contraction appears to be the worst since 1709, when the Great Frost of 1709 (the coldest winter European has seen in at least the last 500 years) caused thousands of Britons to die of frostbite and its economy to contract by 13.4%.

Sunak also unveiled plans for a budget swollen by record borrowing. Although the Conservative Chancellor announced widely expected limits on public-sector pay and cuts to foreign aid programs – a measure that has the support of 60% of the British public, according to public opinion polls =  he also authorized spending including £4.3 billion to help the unemployed back into work, and £3.7 billion for schools and further education colleges, along with the same amount for hospitals. The most noteworthy announcement has been the biggest uptick in defense spending in three decades: a four-year, £24 billion investment in the country’s armed forces.

Sunak’s budget will ultimately represent the conservatives’ fiscal legacy during the age of the coronavirus. As Bloomberg pointed out, the spending review isn’t a tax event, and British Treasury-watchers are curious to hear how Sunak plans to guide the country’s finances.

Of course, while forecasts see a strong rebound next year, the OBR – the British equivalent to Washington’s OMB – pointed out that if Brexit talks conclude without a deal, Britain could see two whole percentage points of growth lopped off the top next year, while unemployment in the country could also spike if the country’s trading relationship with the EU reverts to WTO rules – what Prime Minister Boris Johnson has couched as reverting to an “Australia-style” deal.