Boris Epshteyn: A Nuclear Explosion of Evidence in Arizona is Coming Out (VIDEO) 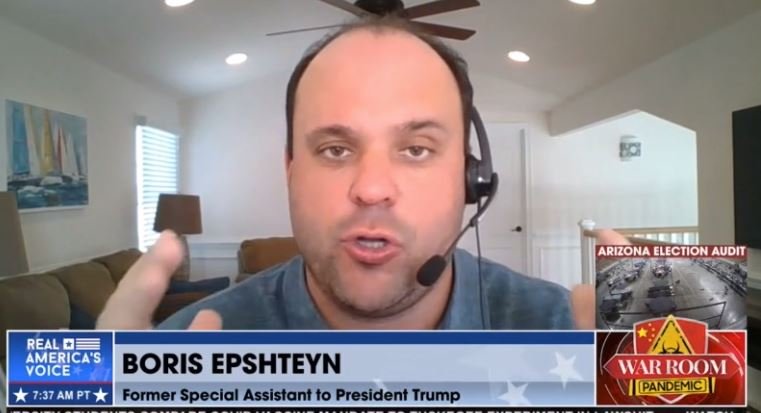 Former Special Assistant to President Trump Boris Epshteyn joined Steve Bannon and The War Room on Wednesday. Epshteyn predicted what is going to come out of the Arizona audit — a nuclear bomb!

Boris Epshteyn: From what I’m hearing the information coming out is that the amount of ballots missing continues to be overwhelming. Let’s put it that way. We’re not going into numbers. That’s not our role. That’s going to come out at the right time… And when the information does come out, if it stays the way it is now, it’s going to be a nuclear explosion against this narrative against Democrats, against the mainstream media… This is absolutely major. Arizona is on fire. What they are uncovering is what we logically have known ever since the late night of November 3rd, early November 4th. We’ve known from the TIME magazine article. The Democrat Machine did everything they could to steal this election.