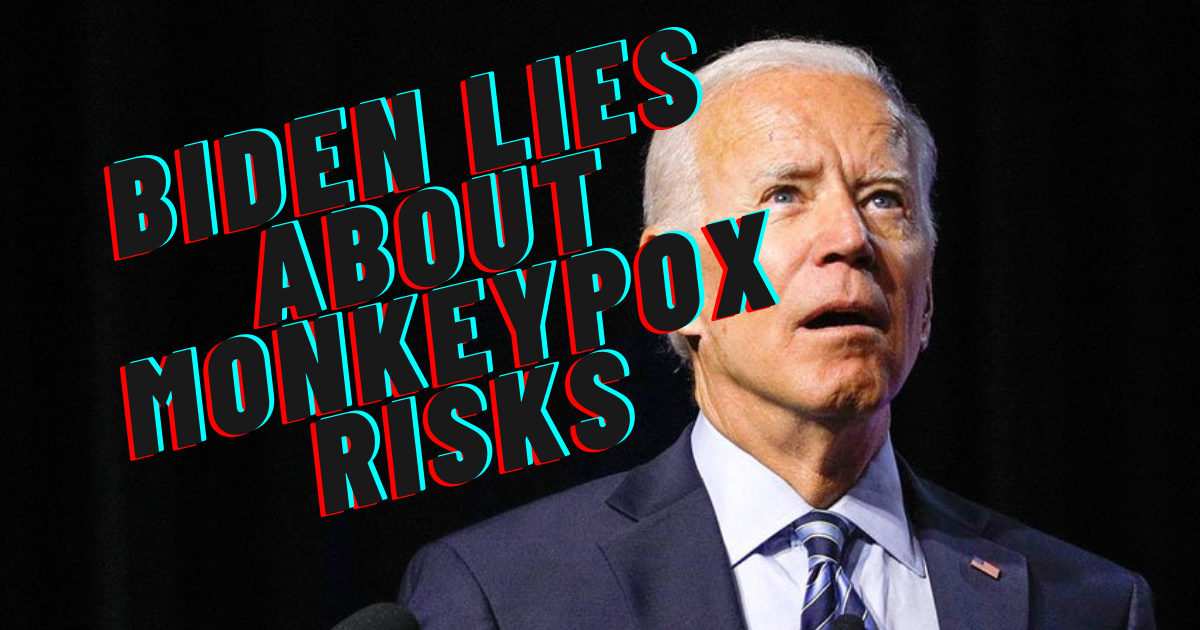 On Sunday Joe Biden says ‘everyone should be concerned’ about the potential monkeypox outbreak. [1] By Monday, the Biden White House is saying it isn’t much of a threat to the public. [2]

The risk posed to the U.S. general public from ongoing outbreaks of monkeypox cases reported in Europe, the U.K. and Canada is low, a White House official told Morning Edition on Monday.

Dr. Raj Panjabi, Senior Director for Global Health Security and Biodefense at the National Security Council, says the fewer than 10 cases seen in the United States so far have not been severe — “flu-like symptoms and a rash which can be painful but resolves in two to four weeks” — and aren’t likely to get much worse.

“Historically in countries with weaker health care systems less than 1% of patients have died from this milder strain,” Panjabi said. “We have access to vaccines and even treatments here in the U.S., and so the risk we believe is substantially lower.“

We noted that several outlets, notably CNN, were also substantially misrepresenting the actual risks from monkeypox while also dishonestly ignoring the highest-risk categories for exposure: hetero and homosexual men engaged in high-risk sex. [3]

The risk to the public was always low, but Biden needed a crisis to exploit. The media did a poor job of assessing and analyzing whether Biden’s obviously false statements were false.