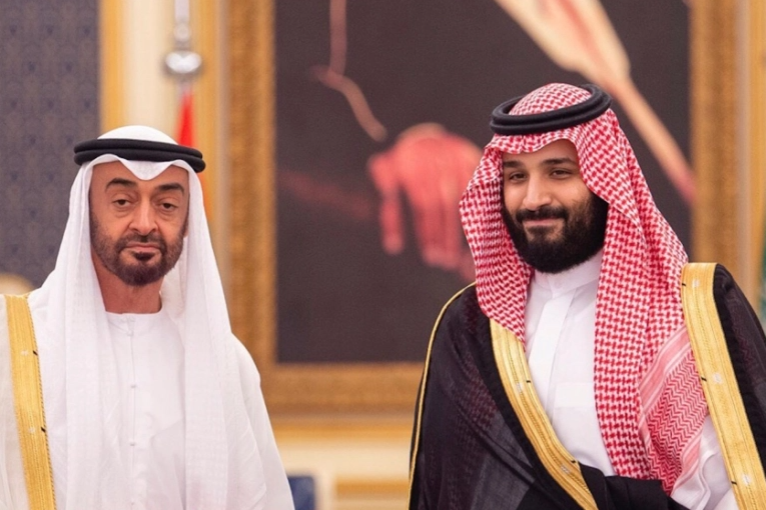 Former US President Barack Obama revealed in his new book who he considers the smartest leader in the Gulf region.

In his memoirs, which were recently published under the title A Promised Land, Obama granted this title to the Crown Prince of Abu Dhabi, Sheikh Mohammed bin Zayed (or often referenced simply as MBZ). He also spoke about the contradiction in his administration’s handling of the protests in 2011 in Egypt and Bahrain, the UAE’s position on these events, and Washington’s vision towards them.

The former US president indicated that he had persuaded former Egyptian President Hosni Mubarak to step down from power, adding that he knew that the transition that Egypt witnessed after that was “just the beginning of a struggle for the soul of the Arab world.”

Obama recalled a conversation he had with bin Zayed (MBZ) at this time, describing the Crown Prince of Abu Dhabi as—

“an experienced young man close to the Saudis and perhaps the smartest leader in the Gulf who did not elaborate words in describing how news was received in the region.”

Obama revealed that the Crown Prince of Abu Dhabi in that conversation informed him of the Gulf leaders ‘concern about the possibility that Washington would take a similar position in the event of the outbreak of popular opposition protests in Bahrain (and this happened soon in fact) and support the protesters’ demands for King Hamad bin Isa to step down from power.

“I’ve wondered sometimes whether there was a point when the Saudi monarchy reassessed its religious commitments acknowledging that Wahhabist fundamentalism was incompatible with modernity,” he wrote in the memoir.

MBS has done precisely what ⁦@BarackObama⁩ thought impossible: “I’ve wondered sometimes whether there was a point when the Saudi monarchy reassessed its religious commitments acknowledging that Wahhabist fundamentalism was incompatible w/modernity”https://t.co/vE4V0rERLs

The former president added that he had informed bin Zayed of his endeavor to “avoid having to choose between the Muslim Brotherhood group and the possible violent clashes between governments and their peoples.”