High-speed internet is achievable, safer and more secure with a wired internet connection (see 1, 2, 3). Research has already determined that 5G is biologically harmful. Cities worldwide AND entire countries have taken action to ban, delay, halt, and limit installation AS WELL AS issue moratoriums. Since 2018 there have been reports of people and animals experiencing symptoms and illnesses where 5G has been installed (see 1, 2, 3, 4).

The majority of scientists worldwide oppose 5G until there are studies that say it is safe. Telecom executives HAVE NOT provided any. IEEE Consumer Electronics Magazine recently published more damning research on exposure risks. A recently published radiation analysis for 5G deployment in Austin, TX raises more red flags.

A 2020 paper analyzed the radio frequency radiation  environment that would result if a  mmWave-based 5G network was fully deployed in Austin Texas. The researcher first mapped the pre-existing LTE nodes and then laid out the real world design for the densification of cell towers and signal repeaters which would be needed in the City in order to fully build out a mmWave-based 5G network. The engineers then simulated the RF power densities that would be experienced in the outdoor environments should the 5G mmWave antennas be installed and they compared these RF levels to power levels of the  currently installed LTE network.

The researchers created 2 heat-maps showing the simulated power densities before and after potential 5G deployment in Austin Texas. 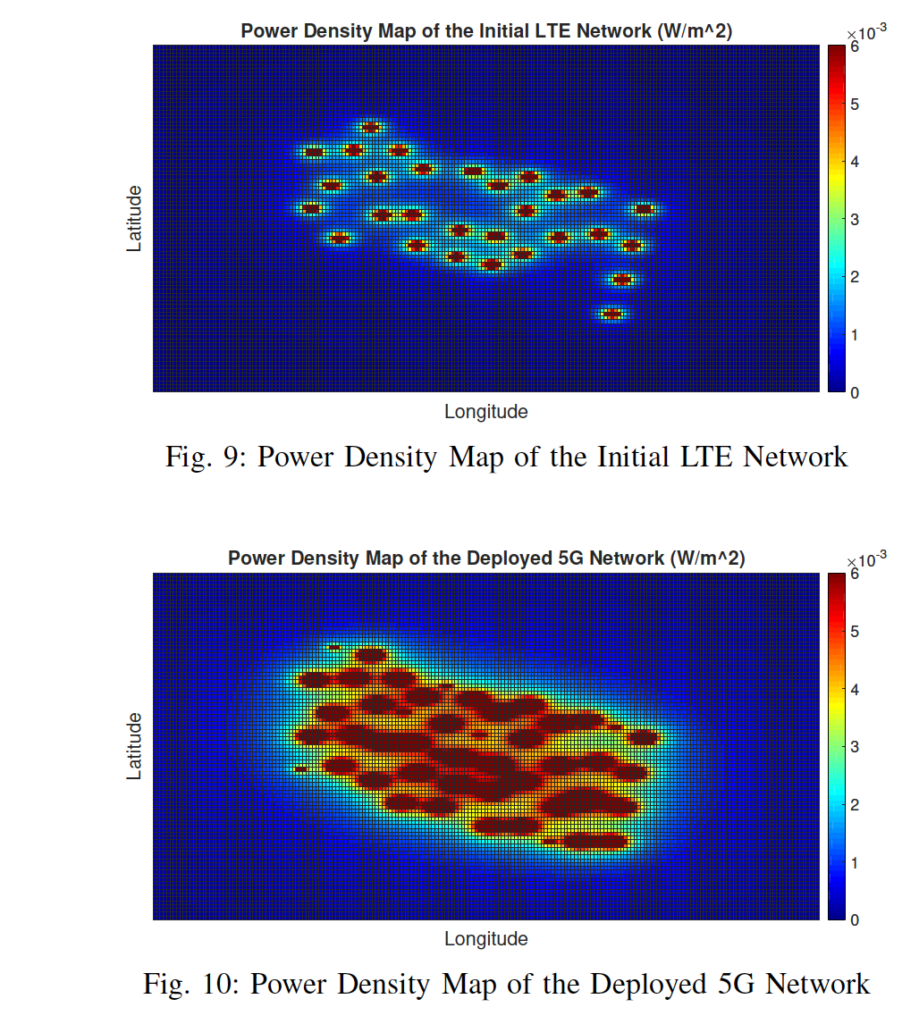 The researchers conclude that, “The presented results clearly show that the potential radiation levels that will be reached upon the roll out of 5G networks do not comply with all of the aforementioned exposure limits. This suggests that 5G mobile networks can not yet be classified as safe for the public, and demands serious considerations before using mmWave communications for 5G networks, given the potential harms it could afflict on the public.”

On a governmental level, the exposure limits for the power density need to be revised using today’s data and approaches to bridge the gap between the thresholds specified by the different institutes and commissions. On a technological and scientific level, the radiation exposure constraint can open the door for innovative  5G solutions targeted to limit the health risks and economic barriers associated with this problem.”

Other sources of wireless emit harmful radiation too. Last year, the World Health Organization cautioned that high levels of Electromagnetic Radiation exposure (aka “Electrosmog”) could lead to health issues in a significant portion of the population.